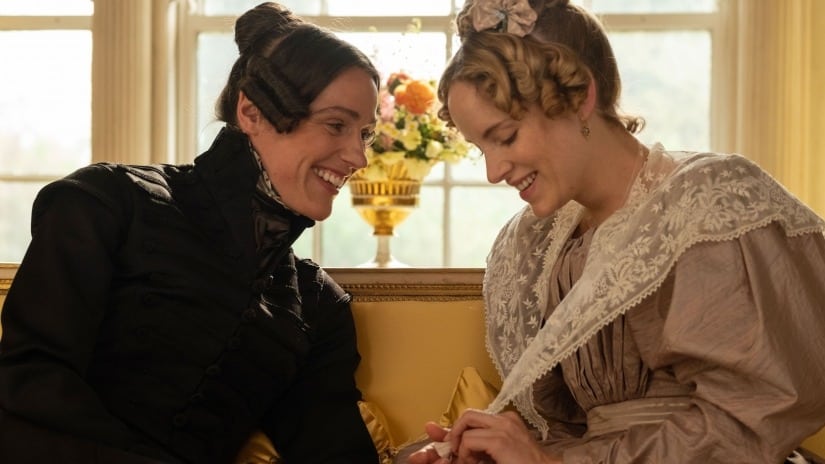 ‘Gentleman Jack’ is a British American historical drama series that has been created by Sally Wainwright. The show airs on HBO in the USA and BBC One in the UK. The series first premiered on April 22, 2019, in the States before premiering on May 19, 2019, across the pond.

The series is an absolute treat for history lovers since this joint venture is set in Yorkshire in 1832. The show follows the life of Anne Lister. Anne Lister was a woman who returned home after travels and is determined to transform her life, work, and ancestral home. Anne was not one to follow the rules of society and made a path of her own. This series explores her relationship with her family, servants, and staff.

The inspiration of the story actually came from the diaries written by Anne herself, which provide a true insight into her world. The famous industrialist is said to have written over four million words, mostly in a secret code, that not only give an insight into her as a businesswoman but also documents the series of lesbian relationships that lasted a lifetime. Naturally, with such a powerful central character, the story is bound to gain attention. Especially in today’s day and age, when women are more vocal than ever, it is nice to look back at history and see how women tried to emancipate themselves in the older days, and how far the feminist movement has come along in trying to give equal rights to women.

While the fight against a patriarchal society continues on all fronts, fans can rally behind the show that documents the life of a woman who smashed the patriarchy in the professional and personal fields, that is, in business and relationships. Critics have also lauded the show, saying, “Wainwright makes an intriguing choice that sets up a decidedly adult romance about devotion, trust, and partnership that is rare for TV in general, let alone for lesbian characters in a period piece”.

Gentleman Jack Cast: Who is in it?

The main cast of ‘Gentleman Jack’ includes the character of Anne Lister that is played by Suranne Jones, who is famous for her role as a detective in ‘Scott and Bailey’. Sophie Rundell, who plays the role of Ada Shelby in ‘Peaky Blinders‘, appears as Ann Walker, who develops a romance with Lister. Other cast members include Joe Armstrong (Samuel Washington), Jessica Baglow (Rachael Hemingway), Amelia Bullmore (Eliza Priestley), Rosie Cavaliero (Elizabeth Cordingley), Peter Davison (William Priestley), Vincent Franklin (Christopher Rawson), Gemma Jones (Aunt Anne Lister) and Tom Lewis (Thomas Sowden), among others. Apart from this, of course, there are several guest and recurring characters who help viewers understand all the angles to the story that is rooted in reality.

In the upcoming season, most of the main characters are expected to return, and we might even get to see some new faces join the cast as we explore more of Lister’s intriguing life. Jones expressed her excitement about the upcoming season, saying, “I’m so thrilled that I will be joining Sally Wainwright on the second part of Anne’s journey. We always dreamed there would be more and now we get to play it all out. A huge thank you to the BBC, HBO and Lookout Point for giving us our second series. It’s such amazing and positive news. I love working with the brilliant and talented Sophie Rundle and can’t wait to create some more Lister and Walker moments with her too.”

Gentleman Jack Plot: What is it about?

The main plot of ‘Gentleman Jack’ is centered on Anne Lister, who was a lady way ahead of her time living in the 19th century, UK. She broke all rules which were made for women and made her own path. This show is about her journey and struggles in life. Based on her own accounts, the show depicts how she is different from all the other women of her time, which can be seen from her frequent dressing like a man and how she faced opposition even from her family and friends.

As is evident from the show’s description which says “At its heart is her relationship with her would-be wife, the wealthy heiress Ann Walker”, she was also in love with a woman, which was considered a sin in her time. So you can bet that this show transports you back in time and make you look at the world from her perspective. For those unaware, Lister got her name Gentleman Jack for her demeanor and preference for black suits. There is no denying that Lister was a trailblazer when it came to the LGBTQ+ movement that we know today. She worked to reform her family home Shibden Hall, in Halifax, West Yorkshire, and the woman never looked back.

She is often hailed as the first modern lesbian, and the way the show is structured includes a frequent breaking of the fourth wall which allows viewers a glimpse into Lister’s mind, which usually takes place through her monologues. The Guardian has aptly summarized the show, saying, “As a romp, Gentleman Jack works fine. Jones is a sufficiently swaggering presence to make her family’s and villagers’ blend of fascination, delight and awe as they behold her believable (ditto her dutiful sister’s swelling resentment of a sibling to whom people’s attention is drawn as iron filings are to a magnet). The subplots, including the pregnancy of Lister’s new lady’s maid Eugenie, aren’t very well integrated but this may improve in later episodes. But while it is fun, and has moments of heart, it also has moments that seem to flirt with period drama parody.”

In the upcoming season, we hope that the series continues in a similar manner, and given that the contents of Lister’s diary have enough source material, there is no doubt that the show will outdo itself.

Gentleman Jack Season 2 Release Date: When will it premiere?

‘Gentleman Jack’ Season 1 premiered on April 22, 2019. As far as the next season goes, we have good news for the fans. On May 23, 2019, the show was renewed for another season by HBO and BBC One. While no release date has been set yet, one expects ‘Gentleman Jack’ Season 2 to air sometime in April 2020. However, do stay tuned for an official update on the release date.

While we wait for the release of ‘Gentleman Jack’ Season 2, check out the season 1 trailer to refresh your memories. If you haven’t seen the show yet head over to HBO to catch all the episodes of the previous seasons.