When Will ‘Geordie Shore’ Come Back on MTV? 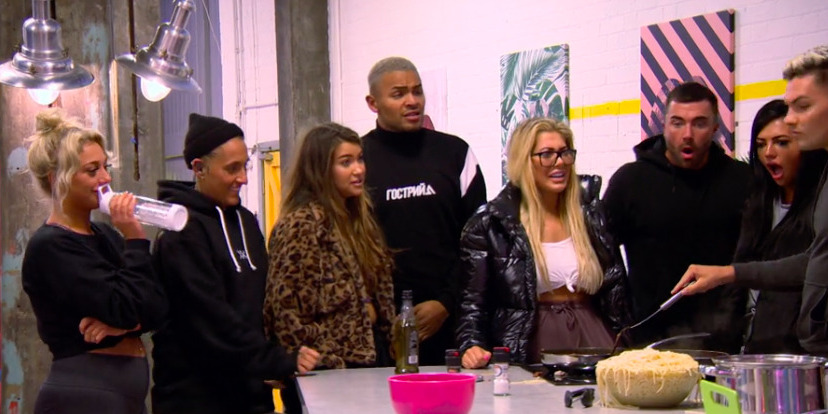 ‘Geordie Shore’ is a reality TV show that follows a group of men and women as they live under the same roof at Newcastle upon Tyne, for a couple of weeks, experiencing the highs and lows of their relationships. The British version is a spin-off of the popular American reality series ‘Jersey Shore.’

The show has been created by Suzanne Readwin, Steven Regan, Carolyn Reynolds and Tony Woods, while the directorial duties fall upon Max Barber and Michael Rees. ‘Geordie Shore’ first premiered on May 24, 2011. Upon its premiere, the show received flak from the critics for being extravagantly showy, with many calling it a “gaudy” version of the original.

However, the show garnered a shed load of positive reviews from the audiences. Its popularity has increased tremendously over the course of eight years, with a steady rating until season 20, which saw a decline in the average viewers. Therefore, the question arises: Will we ever get a ‘Geordie Shore’ season 21? Let’s find out!

What is Geordie Shore About?

The concept of ‘Geordie Shore’ is in the same vein as its predecessor ‘Jersey Shore.’ The show chronicles the lives of men and women from different walks of life, who are ready to share their space with each other for a few months, living in Newcastle-on-Tyne. It showcases the changing dynamics of their interpersonal relationships as they party, hang out, chill, and form connections. If there is one thing the show promises and delivers, it’s entertainment.

The men and women, who refer to themselves as “Geordies,” have nothing better to do in the house, therefore they engage in conversations, in an attempt to entertain the audience and know each other better. But they always end up arguing and fighting over trivial stuffs. Apart from that, the show is packed with sleaze, promiscuous activities, offensive and wry humor, a lot of swearing and high intensity drama. The over-the-top shenanigans of the main characters is actually what keeps the show interesting.

Geordie Shore Cast: Who is in it?

While season 21 is the farewell season for Sam Gowland after his split from Chloe Ferry, it adds three new members – Amelia Lily is fierce, independent and a highly talented singer. She is known for finishing third in ‘The X Factor’ season 8, and also for being a runner up on ‘Celebrity Big Brother’ in season 20. Anthony Kennedy is a former sales expert and also an MMA fighter, who has been a regular hangout buddy of the cast members.

Louis Shaw is not a “Geordie” but he is Yorkshire native, who is the winner of ‘True Love, True Lies.’ And if rumors are to be believed, Louis is already getting a little too comfortable with co-star Chloe Ferry following her breakup with Sam Gowland.

Geordie Shore Season 21 Release Date: When Will it Premiere?

The good news for the fans is that the show has been renewed for yet another season. Although there is no official announcement regarding the premiere date ‘Geordie Shore’ season 21, it is safe to say that it will premiere sometime in May 2020 or earlier as the filming began in October, 2019. The show will be available to watch on MTV. It will consist of 10 episodes with a runtime of 45 minutes each.

We will update the section as soon as we learn about the official release date.

While we wait for the official trailer of ‘Geordie Shore’ season 21, check out the sneak peek for season 20!