Get Organized With The Home Edit Season 2: Everything We Know 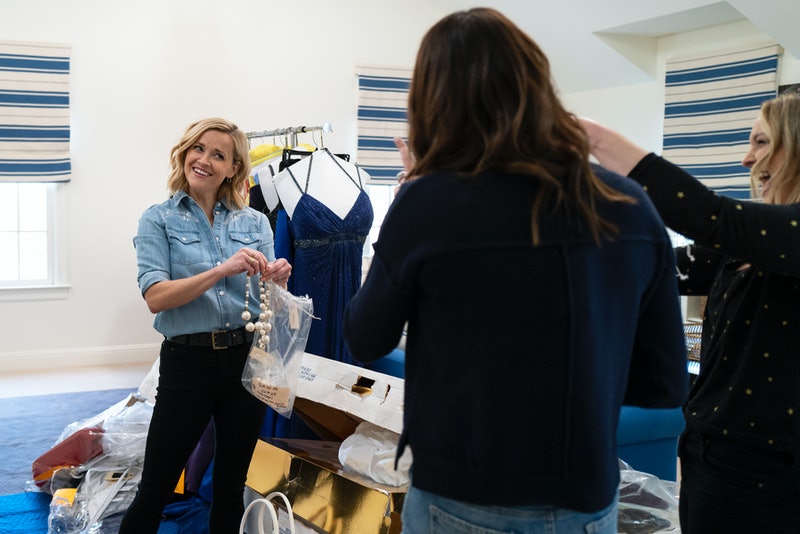 When it comes to homes, all of us do crave a bit of de-cluttering. Well, deciding to give house owners some insights on how to organize their spaces, Netflix introduced its reality series, ‘Get Organized With The Home Edit’. The home improvement show follows the hosts as they help their featured guests in arranging their haven.

Admit it or not, it does remind you of another Netflix favorite, ‘Tidying Up With Marie Kondo’. But ‘Get Organized’ surpasses expectations by including a new twist — celebrity appearances! Well, now that you are here, you must already have finished bingeing on the entire season 1. Let’s now discuss the possibilities of its potential next edition.

Get Organized With The Home Edit Season 2 Release Date:

‘Get Organized With The Home Edit’ season 1 premiered on September 9, 2020, on Netflix. It consisted of eight episodes. Home improvement shows are an evergreen genre, having earned a place for itself in American audiences. Moreover, the streamer has already stated that it aims at strengthening its repertoire of reality titles, covering diverse subjects. Since ‘Get Organized’ is an ambitious project, backed by names like Reese Witherspoon (EP), we are positive that it is here to stay. Therefore, news of a new season should hit us soon. If Netflix greenlights another season soon enough, we can expect ‘Get Organized With The Home Edit’ season 2 to premiere sometime in Fall 2021.‘

Get Organized With The Home Edit Season 2 Hosts

‘Get Organized’ throws the limelight on the founders of The Home Edit — namely, Clea Shearer and Joanna Teplin. The hosts are seen guiding everyday people and celebrities in streamlining their homes. The Home Edit is loved by homeowners for its unique approach in tackling clutter and designing spaces with maximum space utilization. The brand is recognized for its signature rainbow style of organization. Nashville-based Clea Shearer, who is originally from LA, is a design specialist and an expert straightener-upper. Joanna Teplin is from Chapel Hill, North Carolina, and her de-cluttering process has the classic southern touch. The duo has previously headlined ‘Master the Mess’.

Clea and Joanna are also the authors of ‘The Home Edit: A Guide to Organizing and Realizing Your House Goals’ and ‘The Home Edit Life: The No-Guilt Guide to Owning What You Want and Organizing Everything’. Celebrity clients featured in season 1 include Reese Witherspoon, Eva Longoria, Khloe Kardashian, Neil Patrick Harris, Jordana Brewster, Retta, Rachel Zoe, and Kane Brown. Season 2 will definitely see Clea and Joanna resuming their hosting duties, joined by a fresh bunch of celeb guests and regular homeowners.

What Can Get Organized With The Home Edit Season 2 be About?

Season 1 follows Clea Shearer and Joanna Teplin as they revamp both celebrity and regular homes to make the spaces organized and manageable. The duo addresses all the problem areas, including bathrooms, closets, pantries, and playrooms — as they use their fan-favorite method of rainbow color-coordinated organization. Season 2 will follow the same format and continue to document the multiple projects of Clea and Joanna as they de-clutter a fresh batch of messy houses.