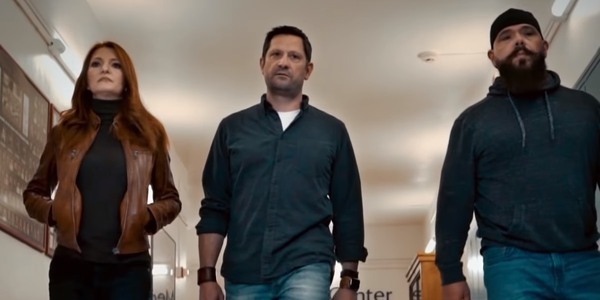 Ghost Hunters, when it first launched on the SciFi Channel in 2004 instantly appealed to a huge audience because of its mix of paranormal stories and interpersonal drama. It then changed its platform to SyFy where it concluded with its 11th season in 2016.

After a three-year hiatus, the reality show was picked up by A&E to air in August 2019. Because of the fresh yet familiar concept, season 12 managed to garner rave reviews from critics and was loved by fans. Moreover, it had the advantage of tapping into an existing massive fanbase, which rounds up to around three million viewers per episode. Hence, it was certain that the show would be renewed for another season. Scroll down to know the release and cast details of Ghost Hunters season 13.

Ghost Hunters Season 13 Release Date: When will it premiere?

A&E had initially given the series an order of 20 episodes for the 12th season. But it aired only 11 episodes (excluding the special and a behind the scenes episode). Hence, a 13th installment was already in the works even when season 12 was on-air on tv screens.

Well, before season 12 concluded, lead investigator and producer Grant Wilson confirmed that Ghost Hunters would return in 2020. On February 18, 2020, A&E announced that Ghost Hunters Season 13 will premiere on April 8, 2020, at 8 pm ET. The number of episodes has not been specified yet. We will add it to this section as and when we learn more.

Ghost Hunters Season 13 Cast: Who can be in it?

Season 13 has already been confirmed to see Grant and his entire crew returning to reprise their original roles.

What Can Ghost Hunters Season 13 Be About?

A&E’s version of Ghost Hunters or its 12th season witnesses the return of Grant Wilson, with a new, handpicked group of professional ghost hunters, who investigate supposedly haunted sites. They use forensic science, historical data, and breakthrough technology to help people facing unnatural phenomena. As Wilson says at the beginning of the season itself: “I don’t chase ghosts. I chase the truth.”

Although the premise of the rebooted edition is the same as that of its predecessors, it has a key difference. In the older version, the focus is to detect whether a supernatural presence is there or not. But in A&E’s rendition, the series attempts to go to the root of the problem and concentrates on helping people to reach a solution.

Across the episodes, we follow the crew as they investigate paranormal happenings at a high school in Idaho; the Pillars Estate in Albion, New York; St. Augustine Lighthouse; Landoll’s Mohican Castle; Madison Seminary; the Athenaeum; Original Springs Hotel in Okawville, Illinois; a Victorian house in Willimantic; and a sugarcane plantation in Louisiana; among others.

A&E has outlined what can be expected in the upcoming season in its official synopsis, which reads as follows:

“Grant Wilson and team head into uncharted territory to be the first to investigate reports of paranormal phenomena in some of the nation’s most remote locations. Despite mysterious and unnerving warnings from locals, the Ghost Hunters face their fears and stay on mission: to help people confront terrifying paranormal encounters that have shaken them to their core. In doing so, they capture their most compelling evidence in over a decade.”

You can watch the official preview trailer for the two-hour premiere of season 13 right here.