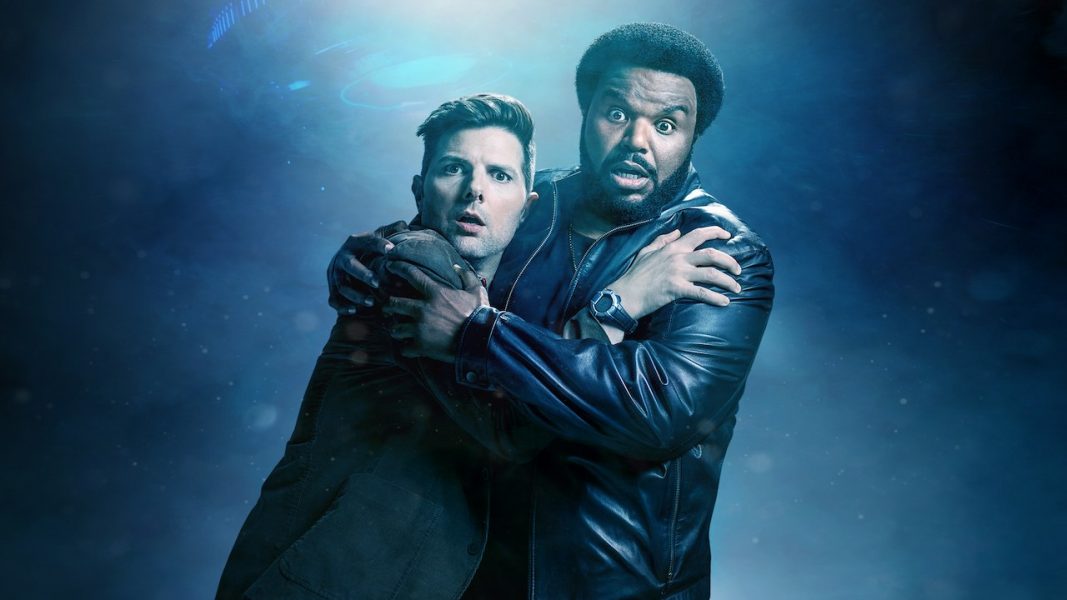 ‘Ghosted’ is American supernatural comedy fantasy TV series, created by Tom Gormican. The show airs on Fox and first premiered on October 1, 2017. The supernatural sitcom series is based on two opposite minded people recruited to investigate paranormal activities in Los Angeles: Leroy Wright, who is a Detective and a non-believer of paranormal activities, is pitted against Max Jennifer, who is a firm believer of paranormal happenings, to investigate unusual events occurring in Los Angeles.

There have been plenty of shows investigating paranormal activities, not to mention films. Some of these try and prove that there are ghosts, while others try to disprove it. They try and rely on science, and often exude a spooky feeling that there is something unknown out there, lurking in the shadows.

While most of these shows are shot as non-fiction series, there are fictionalized accounts as well, most notably, ‘The X-Files‘. Anyhow, these shows all aim at raising our interest in a question that we have asked ourselves time and again – if the supernatural truly exists. If it does, it goes to a deeper existential question of humanity about life after death. Although the premise of supernatural shows might be philosophically serious, you do not have to worry about all that with ‘Ghosted’, which puts a funny spin on things. It has thus, managed to draw quite a large fan base. Critics too have lauded the series, saying, “Craig Robinson and Adam Scott’s odd-couple chemistry is strong enough to carry Ghosted through a first season that finds the show a promising work in progress.”

Ghosted Cast: Who is in it?

The main cast of ‘Ghosted’ includes Adam Scott, an American actor, and comedian, who plays the role of Max Jennifer. Scott is best known for his roles in ‘Parks and Recreation‘ and ‘Big Little Lies‘. He appears as a former Stanford University Professor turned bookstore clerk. He wrote a book on the multiverse and believes his wife has been kidnapped by aliens. However, he lost his job at Stanford since no one believed him.

Craig Robinson, who is also an American actor and comedian appears as Leroy Wright. Craig is best known for his roles in ‘The Office‘, ‘Brooklyn Nine-Nine‘, and ‘Pineapple Express‘. His character Leroy is a mall cop who used to be a police detective. He was fired from the LAPD after his partner was killed while they were on a call.

Ghosted Plot: What it is about?

‘Ghosted’ revolves around a cynical, hilarious skeptic, a genius and a true believer of paranormal activities, who is hired by an organization known as “The Bureau Underground”, to investigate and work on sequences of unusual happenings occurring in Los Angeles of the US. It is believed that these paranormal activities have something to do with some mysterious element which could be a threat to the human race.

The show bears a blunt charm overall, and the dialogues are exchanged rapidly as the leads badger each other with questions. The show introduces us to the fact that a special agent for the Bureau has gone missing and they recruit Max and Leroy. While Max brings his expertise of the multiverse, Leroy was a pro at missing person cases while in the LAPD. This makes them solid choices to try and retrieve the agent. The Bureau itself is like a shadow organization, much like the one we see in ‘Men In Black‘.

Anyhow, coming back to the main series, the show effortlessly channels the spookiness of ‘The X-Files’ while packing its own brand of comic punch, which sets a very unique tone for the show. The show has a lot of room for charm, jokes, and better chemistry from the leads, and indeed is a series which has a very strong potential to be a buddy cop type of drama but with a supernatural element thrown into the mix.

Ghosted Season 2 Release Date: When will it premiere?

‘Ghosted’ Season 1 premiered on October 1, 2017, on Fox. As far as next season is concerned, we have b ad news for the fans. Fox decided to not to move ahead with the series and made a call to cancel the series right after one season on June 28, 2018, because of its fluctuating ratings. Although it premiered to positive ratings, the numbers fell too soon. Some fans raised their voices saying that the show was actually good, and if the season were to continue, the network would see a rise in viewership ratings. We are inclined to agree with them.

Hopefully, ‘Ghosted’ finds a new home somewhere, with streaming platforms always looking to expand their libraries.  If that happens, we will update you about ‘Ghosted’ Season 2 release date.

Check out ‘Ghosted’ Season 1 trailer below: