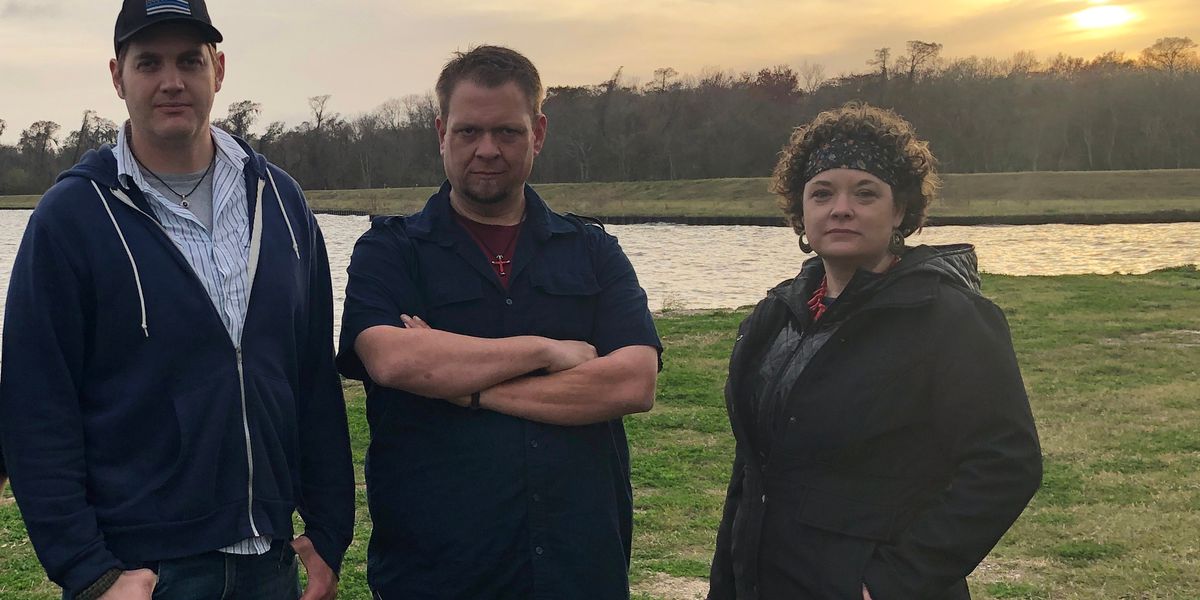 ‘Ghosts of Morgan City’ is a supernatural documentary that revolves around a group of paranormal investigators who explore suspected hauntings in Morgan City, Louisiana. Created as a sequel to ‘Ghosts Of Shepherdstown’, its premiere was confirmed in May 2019, via an official announcement by Travel Channel. Produced by MAK Pictures, it is executive produced by Mark Kadin, Will Ehbrecht, Tucia Lyman, and Elaine White.

Ghosts of Morgan City Cast: Who is in it?

The lead cast of ‘Ghosts of Morgan City’ comprises Ben Hansen, Jereme Leonard, and Sarah Lemos. Already recognized for his appearance on ‘Fact Or Faked: Paranormal Files’, Hansen has also featured in ‘Paranormal Lockdown‘ and ‘Ghosts Of Shepherdstown’. A former FBI agent, he possesses impressive investigative skills. Leonard is a demonologist, who has done many podcast appearances. Winding up the trio is Lemos, the psychic in the team. Originally from Salem, Oregon, she has previously appeared as a special guest on Banner Travel’s ‘Ghost Hunter Cruise’.

Accompanying them are Diane Wiltz, a local historian and archivist; Police Chief of Morgan City, James Blair; and Mayor Grizzaffi, who keeps a wary eye over the whole process.

Ghosts of Morgan City Plot: What is it about?

When a series of strange occurrences and increased emergency calls related to paranormal activities, start plaguing Morgan City, Louisiana, Police Chief James “Bo” Blair determines to get to the bottom of it. He contacts Police Chief Mike King of Shepherdstown, West Virginia, who had previously dealt with a similar situation. After consulting with him, Blair recruits three experts, Jereme Leonard, Ben Hansen, and Sarah Lemos. Together, the trio attempts to decipher the causes behind these mysterious happenings.

Each episode follows the members as they attempt to unravel the causes behind the bizarre activities around Morgan City. They try to decipher similarities in patterns and uncover clues, in order to get viable answers. Further research unravels that the hauntings are not confined only to Morgan City but they are happening across the entire St. Mary Parish stretch.

The plot of this docu-series starts with an incident when a woman claims that she has seen a spirit while driving through a misty patch along Lake Palourde. The team, after being informed by the cops, step in to investigate the incident. If you have watched other ghost hunting shows, such as ‘Ghost Adventures’, you will know that each of the stories come with a closed loop. However, here, the primary subject of the premiere episode is the mysterious mist that seems to harbor an unearthly entity. Whether it gives a definite answer or not, completely depends on the viewer’s discretion.

Each of the episodes is packed with suspense, accompanied by re-enactments of the ghostly encounters. In between, the experts pitch in to explain the various phenomena and the probable reasons behind them. There are also historical accounts and investigations — making the show an ultimate mix of murder mysteries, paranormal incidents, and CSI techniques.

‘Ghosts of Morgan City’ does reveal some interesting pieces of information about the town’s scarred history, brought up by local historian, Diane Wiltz. For example, the spirit of the ghost that haunts the mist is suspected to be Ada LeBoeuf, the first woman to be executed in Louisiana in 1927. Further digging leads the investigators to interview her great-great-granddaughter where they collect a couple of clues. Next, taking the help of gadgets, the team conduct experiments to detect any sign of unnatural activity. Toward the end, we see a twist on Ada’s murder conviction and the story concludes with her family getting some sort of closure.

As this case wraps up, we witness more calls starting to flow in from outside Morgan City. The crew now has to travel all across the parish in search of answers. There is another case of a plantation with a history of voodoo and a violent Civil War battle. Again, the trio also deals with a haunted family home that is possessed by the spirit of a young girl. As the team digs into old historic archives and unearth disturbing clues, they proceed slowly, one step at a time, toward bringing an end to this ghostly tug of war.

Winding up, if you decide to give this show a try, watch it not only for its bizarre premise but also for its amazing take on Cajun culture, historical facts, and mesmerizing locations.

Ghosts of Morgan City Season 2 Release Date: When will it premiere?

So, will ‘Ghosts of Morgan City’ be renewed for another season? Travel has not made any official announcement yet and it is too early to predict anything definitely. But considering its hauntingly captivating premise, we would not be surprised if it gets commissioned for another season. And if that happens, we can expect ‘Ghosts of Morgan City’ Season 2 to release sometime in June 2020. We shall update this section with more concrete news as and when we learn more.

Travel has not released any official trailer for the show yet. However, you can visit their official site if you wish to catch up on all show extras including photos, videos, exclusive content, and updates.