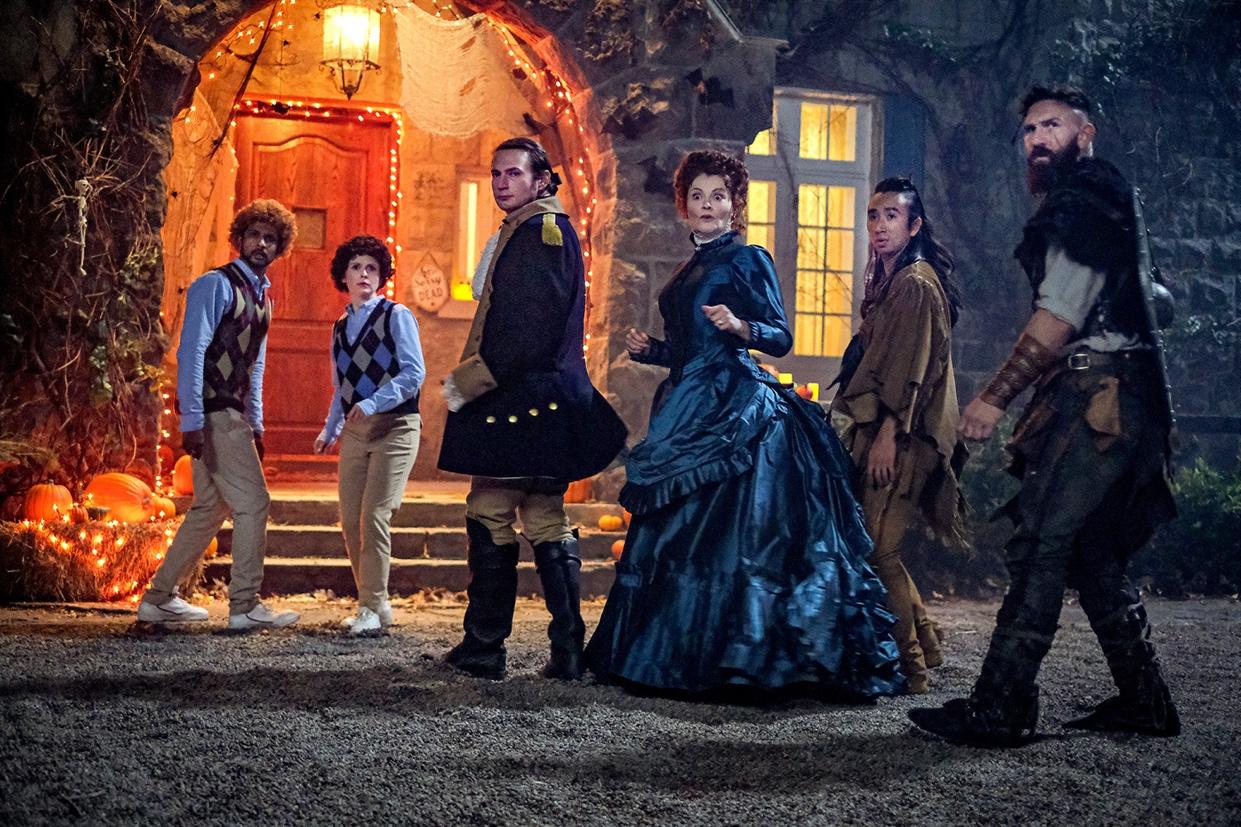 ‘Ghosts’ is a sitcom on CBS adapted from the eponymous British show. It follows New York couple Samantha and Jay Arondekar, who are very excited about a country house that the former inherited from a distant relative of hers. However, all is not as it seems since the beautiful property is haunted by ghosts of people who died there but have not been able to move on to the afterlife.

Developed for American television by Joe Port and Joe Wiseman, the sitcom originally premiered in October 2021. Soon after it began airing, it began drawing larger audiences, and the viewership has only grown consistently. Critics particularly praised the show for its humor and talented ensemble of actors. So, if you are looking forward to seeing another round, here is everything you are looking for regarding a second round.

As far as the sitcom’s sophomore outing is concerned, here is what we can tell you. On January 24, 2022, CBS announced that it had ordered another round of the series. With the response it has received, it was expected that the newcomer on the network would bag an early renewal.

This may be no surprise to anyone who watches and loves #GhostsCBS, but we still found a way to surprise the cast with this good news— Ghosts is officially renewed for Season 2! pic.twitter.com/8enZVIcp8I

The show was greenlit alongside three other high-performing comedies on CBS – ‘Young Sheldon,’ ‘The Neighborhood,’ and ‘Bob Hearts Abishola.’ In January 2022, it was reported that the series was averaging 8.06 million viewers. Moreover, it was reportedly the number 1 comedy show on Paramount+. However, it is still too early to announce an exact release date. Since the show has been greenlit for the 2022-2023 broadcast season, it means we can expect ‘Ghosts’ season 2 to release sometime in Q4 2022.

Ghosts Season 2 Cast: Who can be in it?

We can expect all the prominent cast members to reprise their roles in the upcoming edition of the show. They are Rose McIver (Samantha Arondekar), Utkarsh Ambudkar (Jay Arondekar), Asher Grodman (Trevor Lefkowitz), Richie Moriarty (Pete Martino), Sheila Carrasco (Susan Montero AKA Flower), Danielle Pinnock (Alberta Haynes), and Brandon Scott Jones (Captain Isaac Higgintoot). They are likely to be joined by Rebecca Wisocky (Hetty Woodstone), Román Zaragoza (Sasappis), and Devan Chandler Long (Thorfinn). We can also expect to see some interesting additions to the cast lineup.

Ghosts Season 2 Plot: What can it be About?

In season 1, a series of events finally lead to Samantha and Jay acknowledging the presence of ghosts in their country house. While Jay cannot see or hear the ghosts, his wife gains the ability to interact with them after having a near-death experience herself. With time, the couple grows close to the ghosts as they have numerous bizarre yet hilarious experiences together. In one of the episodes, the ghosts protect Samantha and Jay’s home from vandals on Halloween night, while another episode portrays Samantha helping Thor get therapy for the nightmares he experiences.

Therefore, we can count on the writers of the show to bring an exciting set of storylines in the upcoming installment. Samantha and Jay try to make their property a successfully running bed-and-breakfast, but they face interesting challenges in season 1. So, what is in store for them in the future? Will their venture finally take off and turn out to be what they hoped for? However, the presence of the ghosts remains a significant part of the couple’s lives. Moreover, we can look forward to a few ghosts finally ascending into the afterlife.