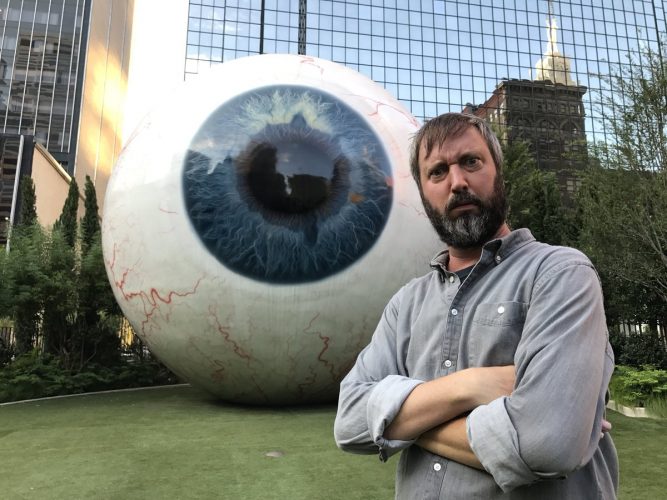 Have you ever wondered about the might of the human brain? With our consistent efforts, we have triumphed upon other competitors, thereby establishing a whole civilisation. Humongous architectural and historical marvels stand testimony to the incredible and invincible human spirit, their dedication and diligence.

Perhaps something akin to that must’ve occurred to the actor and comedian Tom Green who decided to share it with the rest of the world. The air date of the show was finalized as January 15, 2018. According to Green, his work as an actor and a comedian, took him to several venues across the length and breadth of US to perform. At every place, he discovered gigantic structures which were either a piece of local history or a contemporary architectural feat. At some stops, he came across sumptuous and stupendously elaborate meals which not only imbibed the tastes and aromas of various cuisines but also secretly told the tales of various cultures which have made their way to the New World.

Giant America Season 1 Cast: Who is in it?

Tom Green serves as the host of the show. If the show were to make a comeback, it would be expected of Tom Green to commence on his journey again to the rest of the world.

Giant America Season 1 Plot: What is it about?

In the words of Tom Green, in the tweet he posted right before the first season went on floors, he described it as, “Hey gang I have a new TV show about GIANT THINGS! Everybody tune in to @travelchannel: #GiantAmerica! I’m hitting the road in search of the biggest creations in America — This special episode airs Jan. 15 at 9:30|8:30c! (Giant Grasshopper – Tropidacris dux Costa Rica)”

The series which was first telecast on Travel channel focused on a niche audience comprising of travellers and food enthusiasts. During the series, the host visited either obscure or conspicuous local buildings with relevantly unexplored history and socio-cultural backdrops and introduced it to the rest of the world. His escapades include State Fair of Texas where a 55-foot-tall cowboy is erected and the ghostly abode of Queen Mary.

Giant America Season 2 Release Date: When will it premiere?

The show, although, appreciated by the target audience may not have clicked with the masses, as there’s no news from the production house for a second season so far. It premiered on January 15, 2018. A second episode followed on August 28, 2018. However, the renewal or cancellation of the series isn’t confirmed yet. We will update you with any latest news we hear from the production house or the channel.

There’s still a ray of hope for the audience of the show as even the host hasn’t confirmed that he won’t make a comeback with a new season. Just keep your fingers crossed!

Catch the episodes of the first season here. We will update you when we know more about a season 2.