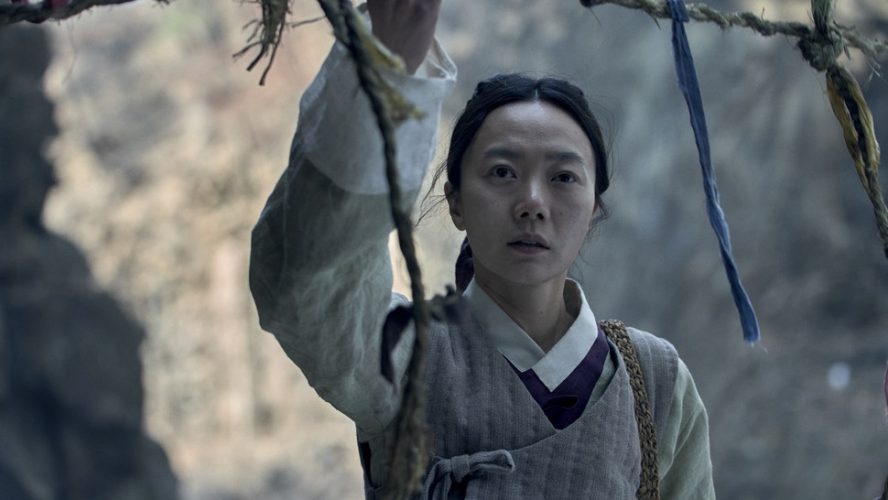 Girl From Nowhere, also known as Dek Mai The Series or New Kid The Series, highlights the negativity of the society, especially bullying. The series revolves around a mysterious, clever girl named Nanno who transfers to different schools, exposing the lies and misdeeds of the students and faculty at every turn. Many fans of the show are comparing this fantasy drama to the popular Black Mirror. If you like thriller shows, then Girl From Nowhere might just be the next series to binge-watch.

The first season of the show has 13 episodes, and each episode has a duration of 46 minutes. The series might only be suitable for adults considering heavy usage of profanities and violence.

Girl From Nowhere Cast: Who is in it?

Chicha Amatayakul appears as Nanno. She is a Thai singer as well as an actress, known for her role in Net I Die (2017). Thai fans also know her as Kitty Chicha and Kitty. Before appearing in Girl From Nowhere, she has played various characters in Thai films and series like Waen Dok Mai as Oum, in Lhong Fai as Aitim (Support Role), in City of Light: The O.C. Thailand.

Another important name on the cast list is of Thanavate Siriwattanagul who previously been nominated for the Thailand National Film Association Award for Best Actor.

Girl From Nowhere Plot: What is it about?

Girl From Nowhere is essentially a story that revolves around Nanno. The show also has many other important characters whose storylines are equally intriguing and crucial to the plot of the story.  It begins when a mysterious student named Nanno transfers to a school that has newly gained the title of Purest School of the Year. Everything is going well until she is find out the ugly truth of the school. Nanno is a very clever girl who does not get caught in the traps laid by boys who wish to take advantage of her and ruin her. The girls are also cruel and jealous of her for always being ten steps ahead of them. She decides to ruin the school and ensures that there are no happy endings. She also plots to expose the wrongdoings of the faculty and students. She stands up for the truth and doesn’t believe in defeat like the other girls who don’t dare to raise their voice. She lends a helping hand to students like Mew, rich kid Dino and TK but in the end, they have to pay a hefty price.

Nanno finds Mew in a terrible condition and lends a helping hand. Mew doesn’t feel invisible anymore after she helps her through the mishaps she is prone to. Dino, one of the wealthiest kids at the school usually gets a lot of attention from everyone, but nobody knows that he is hiding a secret. Nanno decides to help him to keep it concealed from all, but he will have to pay the price. A guy named Hann becomes popular at school when he is wrongly linked with Nanno. He already has a girlfriend, but he keeps it a secret because he begins enjoying the attention which makes him a social media sensation. Nanno becomes the co-manager of the school’s soccer team and the head of the teams is jealous of Nanno and decides to remind Nanno of her real place. The bitterness inside him begins to manifest itself in uncanny ways. Students realize foul things are written on a bathroom wall. They also start using it to take out their revenge on one another. Even though Bam is responsible for it, she regrets it.

One of the major characters in the show is that of Ms Aum, who believes in discipline and is rather strict in her ways. The school director confronts Ms Aum to change her strict ways of teaching students, but she can’t help it because her past won’t let her live in peace. Nanno is ranked number one in school in terms of her beauty. After being outranked by Nanno, Ying goes to great lengths to regain her lost spot. A few years later, in a school reunion, the students recall a mysterious girl nicknamed Psycho Nanno who studied in their class. It is only in the last episode that the truth about what happened in the past is revealed. Viewers will have to watch the series to find out.

Girl From Nowhere Season 2 Release Date: When will it premiere?

Girl From Nowhere season 1 premiered on August 8, 2018 on Netflix. The show is a true hidden gem that deserves to be watched.  Even though neither Netflix nor GMM has made any announcements about the second season yet, but we are confident that she show will get another season. If the show does get renewed, we believe Girl From Nowhere Season 2 could release sometime in January 2020. Don’t forget to bookmark this page for latest updates.

Enjoy the official Netflix trailer of Girl From Nowhere below and in case you like it, stream it on Netflix.