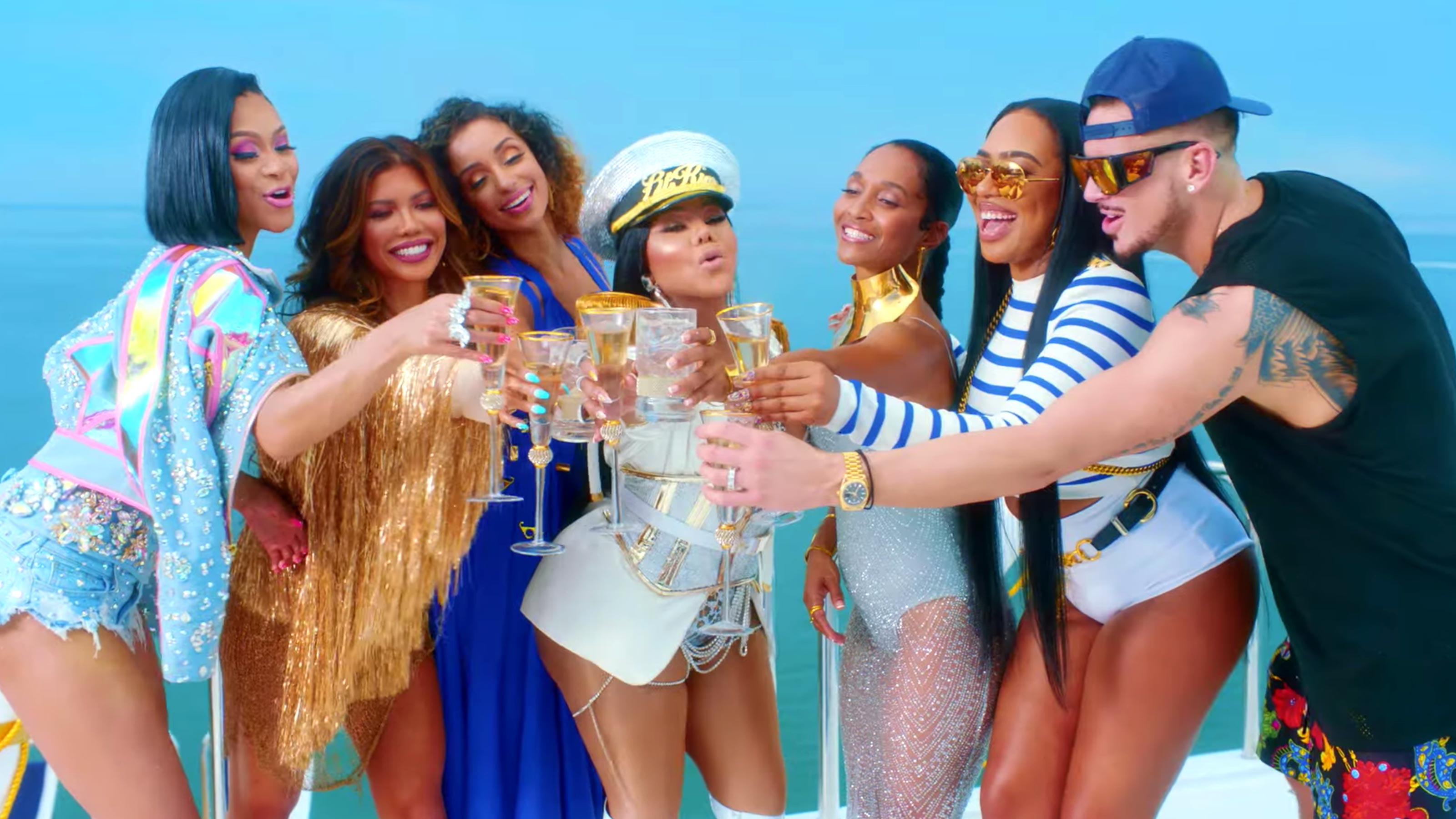 An all-girls road trip sounds definitely exciting, doesn’t it? Each one of us has our own girls gang with whom we love to hang out and revisit the dirtiest, forbidden secrets. Not to mention the endless chains of gossip! But have you ever wondered how your fave celebrity’s vacation with her girl pals would look like? ‘Girls Cruise’, VH1’s women-centric reality show, follows an all celeb female group who embark on a luxery cruise across the Caribbean.

Girls Cruise Cast: Who is in it?

‘Girls Cruise’ features an all-star-studded cast, led by Lil’ Kim. The iconic rapper is a Grammy Award winner and is the first female in the genre of hip hop to score three consecutive Billboard number-one singles. A multi-platinum rapper, actress, and fashion star, she is branded as one of the top influential people in pop culture.

The series also stars singer and songwriter Chilli, who is a dancer and entrepreneur as well. She is a member of the 1990s girls group TLC and founder of a non-profit organization for young girls in Atlanta, namely Chilli’s Crew.

Joining them is Mýa, another Grammy winner and platinum pop star, who holds an exhaustive list of discography and movies. She is a promoter of active veganism. Next comes Pretty Vee from ‘Wild ‘N Out‘ fame, who is a rapper, comedian, and parody artist. B. Simone is also from ‘Wild N’ Out’ and the best buddy of both Tiffany and Char. Actress, model, host, dancer, and entrepreneur, Tiffany is one of the closest friends of Kim. On the other hand, Char is a philanthropist, socialite, former model, and entrepreneur.

Season 2, if commissioned, might see an altogether different group of rich and famous girls taking a cruise.

Girls Cruise Plot: What is it about?

‘Girls Cruise’ joins the foray of shows targeted the female fanbase, with other titles such as ‘Bridesmaids‘, ‘Girls Trip‘, and ‘Wine Country‘. On the show, Lil’ Kim, joined by her friends Mýa, Chilli, Pretty Vee, B. Simone, Tiffany, and Char embark on a “glamorous vacation of a lifetime” — a journey that promises “self-exploration and sisterhood.” Kim, who steers the luxe ship as the captain, is the center of attention and drama.

As these females set sail across the high Caribbean seas, they embark on multiple fun-packed adventures, emotional breakthroughs, and hot romantic link-ups. Of course, along the way, they develop closer bonds and attempt to live their lives to the fullest. No guilt, no apologies, and no rules —  steamy, messy and chaotic.

Moreover, the different personas of the cast bring in the much-needed diversity. While Chilli and Mya are extremely picky about food, Char is the forever latecomer. The excuse? He loves to sleep! On the other hand, Kim is the fashionista, always camera-ready from head to toe. Pretty Vee and B. Simone lend continuous amounts of laughter and fun with their humorous personalities. It is indeed a pleasure to watch as the mixed gang gets along and party together while sorting out their differences.

If the show returns for another season, you can expect the same fun and drama in that too. The faces might change but the basic structure of the show will most likely remain the same.

Girls Cruise Season 2 Release Date: When will it premiere?

Now, as far as a renewal is concerned, let us remind you that VH1 is one of the platforms that hold an unbreakable record in creating some of the most iconic, groundbreaking reality shows. If you have watched its series like ‘I Love New York’, ‘Flavor of Love’, and ‘Charm School’, you would know what we are trying to say here. In short, VH1 knows how to create hit reality shows. And with ‘Girls Cruise’, they might have hit on a winning formula.

Although there’s no official update from the network about a second season, we are extremely positive that the show will return. If ‘Girls Cruise’ season 2 does happen, it should release sometime in July 2020. We will update this section as soon as we hear more.

Below is the official teaser for ‘Girls Cruise’ season 1. You can also head to their official site to check out latest clips from the show.