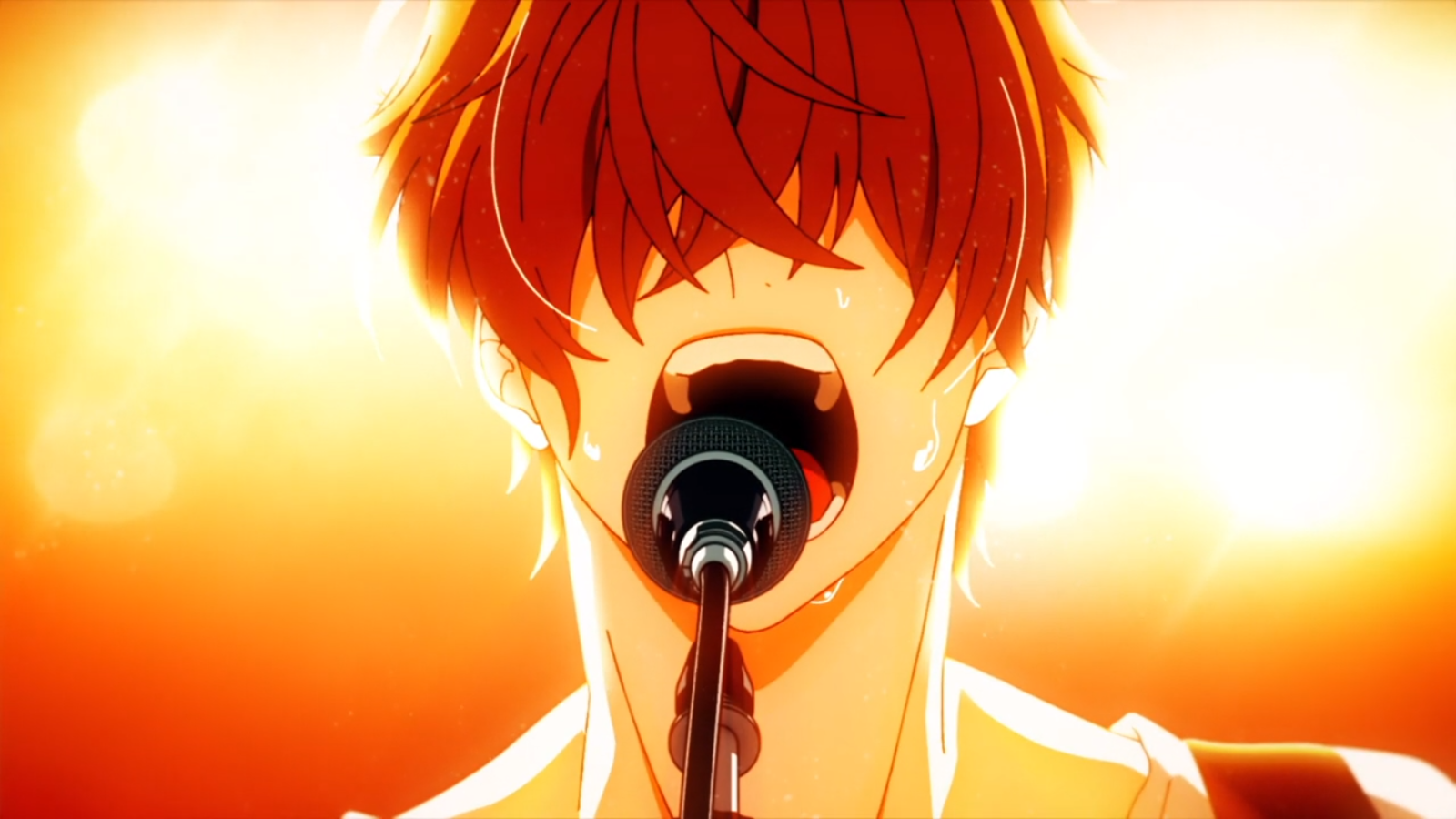 ‘Yuri!! On Ice‘ is still quite popular among fans because of its depiction of a bold, cheesy queer relationship. ‘Given’ is yet another show that may be a little under the radar right now, but with time, it’s definitely going to catch up with most modern viewers. Not that I hate demonic characters in fantasy worlds, but there are times when I crave anime shows that are closer to reality. ‘Given’ has nothing exceptionally great about it, but what makes it really special is its realistic tone and its portrayal of some not-so-cheesy gay relationships.

On the surface, it’s nothing but a music anime, so the music is obviously top-notch. Even the animation style perfectly fits all of its themes and I’ll be thrilled if it continues to be this way. Overall, ‘Given’ is the kind of anime that initially demands you to patiently invest some time in it. But once you’re able to do that, it all pays off well as its fascinating characters drive the story.

Given Season 2 Release Date: When will it premiere?

‘Given’ Season 1 premiered on July 12, 2019 and with a total of 12 episodes, it came to an end on September 20, 2019. The anime has been adapted from a manga series that has a total of 5 volumes to date. So far, the volumes of the manga have had a very sporadic release schedule, where the first one came out way back in 2014 and the recent one released in April, 2019. Considering this, we can assume that the manga is far from over and though the author has been a little inconsistent with publishing, he will be forced to produce content more regularly if the anime manages to do exceptionally well.

Looking at the anime’s ratings on popular platforms, it seems like it is being accepted really well by most fans. As of now, it is a bit too soon to say anything because the creators of the show will probably adapt all the available volumes of the manga in season 1. But if the mangaka is able to produce more volumes of the source material in the coming years, we’ll probably get ‘Given’ Season 2 later. It might be a bit too soon to say anything about a full-fledged season 2, but just recently, it was confirmed that a new sequel anime film of ‘Given’ will be premiered in 2020. Hopefully, season 2 will also be announced after the release of the film.

The English Dub of ‘Given’ has not been released yet, but you can still stream the anime on Crunchyroll with original Japanese audio and English subtitles.

Ritsuka Uenoyama, the protagonist, is a high school student, who is the lead electric guitarist of a band. The band also includes a bass guitarist named Haruki Nakayama and drummer Akihiko Kaji. He runs into one of his classmates, named Mafuyu, one day, and after repairing the strings on his guitar, he becomes his music teacher. Though a little reluctant about it in the beginning, he realizes that Mafuyu is a great singer and that’s when he invites him to join the band.

Later, Ritsuka comes to know that the Gibson ES-330 that Mafuyu plays was previously owned by his boyfriend who committed suicide. Soon, the band starts preparing for an upcoming performance but Mafuyu fails to finalize the lyrics of his song. On the day of the performance, he spontaneously starts singing about his feelings for his boyfriend. This somehow sparks some romance between Mafuyu and Ritsuka and they end up kissing backstage after their performance.

The band’s name is “Given”, which itself is a tribute to Yuki who had given his guitar to Mafuyu. After their breakthrough performance, the band actively stats participating in major music festivals. And though they gradually make their way to the top, their relationship with each other is threatened when Akihiko, whom Haruki secretly admires, starts dating his ex-boyfriend.

Mafuyu is a 16-year-old boy who is the lead vocalist of a band called “Given”. Unlike the other members of the band, he has no prior experience or professional training when it comes to music. He seems to be naturally gifted and later, he not only sings for the band but also shows some promising songwriting skills. He also manages to become a skilled guitar player very quickly. After his boyfriend’s suicide, he keeps all his feelings of sorrow trapped inside him, but all of it aggressively comes out when he performs on stage.

Ritsuka is another member of the band who has been playing the guitar since he was a child. He has a stoic personality and he’s usually a little cold towards the people around him. He has no experience when it comes to love and relationships, but after meeting Mafuyu, he not only realizes what true love is but is also rekindled with his dying love for music.

Haruki Nakayama is the eldest member of the band, who is a 22-year-old graduate student. He is the band’s bassist and is known for his cheerful optimistic personality. Being the eldest member, he often acts as the leader of the group. He also has a crush on Akihiko and still regrets being with his ex-boyfriend, Ugetsu.

Akihiko Kaji is the band’s lead drummer, who is currently pursuing a degree in music. He’s majoring in Violin performance and has a deep knowledge of almost all the instruments. Compared to all the members of the band, he has a lot of experience when it comes to relationships and has dated both men and women. He is currently in a strictly physical relationship with Haruki’s ex-boyfriend.

Yuki is a secondary character of the series who committed suicide prior to the present events. He appears only through Mafuyu’s flashbacks. It is shown that contrary to Mafuyu’s personality, Yuki was always outgoing and impulsive. But coming from single-parent homes, the two boys first became friends and eventually fell in love. After a heavy feud between them, Yuki got extremely drunk one day and hung himself.