When Will ‘Glam Masters’ Return on Lifetime? 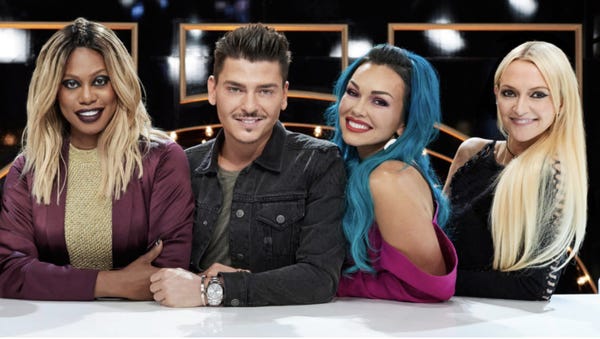 The show is about supremely talented and inventive beauty bloggers and makeup enthusiasts competing with each other to impress a particular quartet of judges, hailing from the beauty industry. The winner gets to collaborate with Kim Kardashian West on her makeup line, KKW beauty. It has been created by Diana Madison, the host of ‘The Lowdown with Diana Madison’ and co-founder of Obsev Studios. ‘Glam Masters’ airs on the women-centric television network, Lifetime.

‘Glam Masters’ season 1 opened to mixed reviews, with some negative but mostly positive arguments. The audiences poured scorn on the show for its production quality, with some even calling it “a terrible rip-off of the cult series ‘RuPaul’s Drag Race.’” On the other hand, it was commended by fans for its quirky concept and the polished judging panel, who “seem to be quite adept at their stuff.”

Which brings us to the question: Will there be a ‘Glam Masters’ season 2?

Glam Masters Season 2 Release Date: When Will it Premiere?

Lifetime has yet to cancel or renew the beauty reality TV show for a second season. Though the casting application page is still up on Lifetime’s official website, it appears that the page has not been updated yet as the dates inside the application state filming in 2017. However, makeup enthusiasts can still submit themselves for consideration as contestants as the site is still functional.

If the show does get renewed, you can expect Glam Masters Season 2 to release sometime in 2021.

‘Glam Masters’ is hosted by the woman of many firsts, Laverne Cox, known for her scintillating performance in ‘Orange Is the New Black‘ and ‘TRANSform Me.’ She is the first openly transgender person to receive a nomination for Primetime Emmy Award.

The participants of the show comprise of makeup enthusiasts like Stella Kae, Amanda Rea, Iggy Van Dinther, Alexia Rae Castillo, Jennifer Ward, Vic Brocca, among many others. Argenis Pinal is the winner of the first season of the show, who has collaborated with Kim to create Crème Color Sticks for KKW beauty.

The contestants of ‘Glam Masters’ change with every season, hence the cast for the season 2 is not fixed. The host and judges are most likely to reprise their duties for ‘Glam Masters’ season 2.

What is Glam Masters about?

‘Glam Masters’ features several beauty influencers who compete with each other, sharp as a Cut crease, to prove they have what it takes to be the beat face king or queen in the world of beauty. The winner from each week proceeds to the semi-final round to ultimately fight for the Tournament of Masters finale. The winner gets to claim the title of Glam Master, and oh, a beauty collaboration with the one and only – Kim Kardashian West.

As of now, since there has been no disclosure on season 2, check out the Glam Masters season 1 trailer!