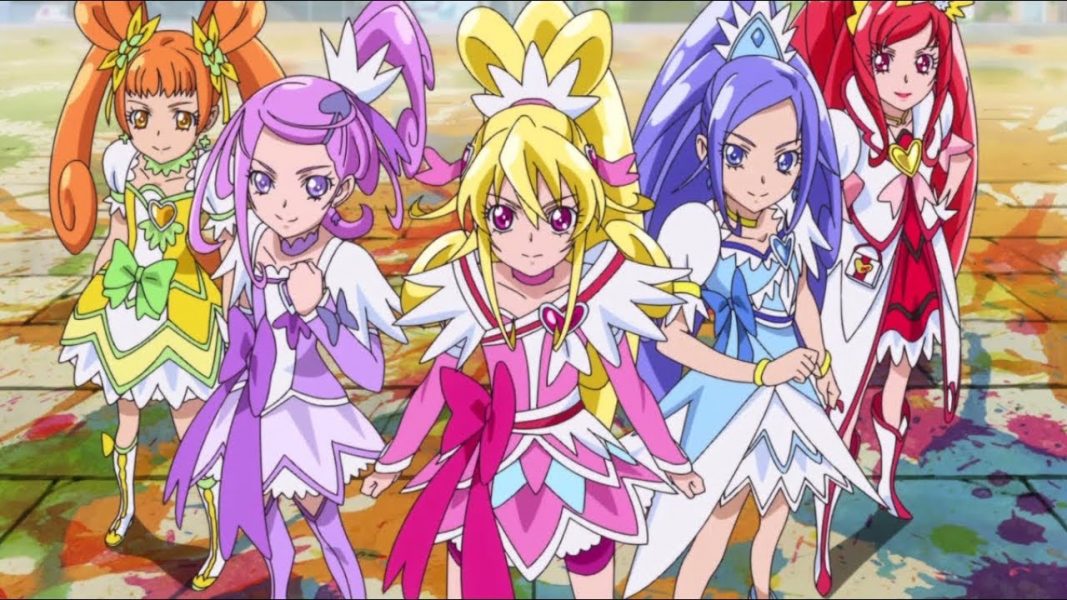 For some ‘Glitter Force Doki Doki’ is actually the worst version of the ‘Pretty Cure’ Franchise, while for others, it is actually a breath of fresh air from the overall repetitive formula of every version of the anime in the franchise. This version of it actually proves that despite being a well-established franchise, it is often necessary to adapt with respect to the changing targeted audience.

While most other series relied more on fantasy elements, this one brings in more relatable ideas such as the selfishness of the characters. Pretty much every episode focuses on the individual selfish desires of each of the characters. Apart from that, it also gives some advice to the children of today about various topics such as loneliness, depression, and abundance of information.

‘Glitter Force Doki Doki’ should not be watched as it was made for someone born in the 90s because clearly, it has been created for an audience that belongs to the same age group but a whole different generation. In fact, if you’re starting off the ‘Pretty Cure’ series at this point of time, my advice would be to start off with this version and not the ones that come before it in the franchise.

Overall, ‘Glitter Force Doki Doki’ is able to present itself as anime that has some great characters, incredible artwork and also has effective use of music. It is one of those few rare long-running series that have actually managed to move on ahead by adapting to the times instead of not being able to risk change. Definitely, a must watch for anyone who has recently entered the world of anime.

‘Glitter Force Doki Doki’ season 1 premiered on February 3, 2013 and ended on January 26, 2013. During this span, the anime released a total of 49 episodes. Apart from the main Season, the series has had several alternate settings, side stories, and even spin-offs. Being an original anime, whose story does not rely on a manga or a light novel series, the scope for the further expansion of the series is endless. Most of these different versions of the anime have done fairly well and if you consider all the alternate settings that the creators have come up with, you’ll realize that they are still creating a lot of new content. So clearly, the whole franchise is still running and is doing fairly well.

Now, these “alternate settings” have similar stories and are, in a way, related to the main story of Season 1. But even then, these cannot be considered to be direct adaptations or sequels. So this means that a proper Season 2 of the show is yet to be released. Speaking of which, it seems like the creators of the anime are busy focusing more on other alternate versions of the anime. So a direct season 2 seems very less likely. Even then, if there’s any news regarding the creators getting back to its new season, we’ll make sure that we update ‘Glitter Force Doki Doki’ season 2 release date right here. Till then, you can always catch up with all the different adaptations of the anime.

You can find the English Dub of ‘Glitter Force Doki Doki’ on Netflix. Though there is a little bit of controversy around the accuracy of this Dub, it still is decent enough for kids anime.

‘Glitter Force Doki Doki’ revolves around a girl named Aida Mana who is always ready to help others out. One fine day, as she makes her way to the Clover Tower of her school, a bunch of enemies block her way and claims to be known as the “Selfish”. These enemies try to manipulate her inner heart and to fight them off, Aida borrows supernatural powers from a magical fairy named Sharuru. This is when she transforms into the extremely powerful “Pretty Cure!”

Soon after this, she joined by other legendary Pretty Cure who are all determined to save the world from evil forces. The five Pretty Cures hold immense love in their hearts and try their best to battle for the fate of the whole world.

Mana is one of the five main Cures from the series who is also the leader of the group. She always loves to help others out and is also the president of the student council at the Oogai First Middle School. Her Cure alter-ego is either called the Cure Heart or The Glitter Heart. She has big magenta colored eyes and pink hair that reach her shoulder and curl at the bottom. As a student, Mana is an all-rounder and excels at pretty much everything. She is popular in school as everyone knows that she can be trusted more than anyone else there and also, the people around her really respect her for her kindness.

Rikka is another Cure who is Mana’s childhood friend and also the secretary of the Oogai First Middle School. Her Cure alter-ego is Cure Diamond or Glitter Diamond. She has dark blue eyes and chest length sharp blue hair. She is quite blunt and often expresses her opinion without thinking about the other person. She is also very intelligent and manages to stay on top of her class. Rikka is very well aware that Mana attracts trouble and that’s the reason why she has always taken it upon herself to look out for her.

Makoto is another main Cure who originally belongs to the Trump Kingdom. Her cure alter-ego the Cure Sword or the Glitter Spade. She is a very responsible and self-dependent girl who is also willing to sacrifice her own life to protect her loved ones. Amongst the five Cures, she is also the most mature character who thinks twice before taking crucial decisions. She dislikes violence and fighting but does not hold herself back when someone close to her needs her help. She has a really strong sense of justice and though she is not from Earth, she tries her best to figure out what’s going on around her.

Aguri is another Cure who appears much later during the show and proves to be the wisest amongst all of them. She has long brown hair and downward slanted maroon eyes. She shows a lot of strictness towards the others and sets a lot of rules for them. She acts more like a leader and at times, says things that can be a little offensive. She also appreciates good food, especially something that is sweet in taste.

Yotsuba is another one of Mana’s childhood friends and is also one of the main Cures. Her Cure alter-ego is called Cure Rosetta or Glitter Clover. She has long dark orange colored hair and similar colored eyes. She comes from a very rich family and is also the heir of her family’s well-known business conglomerate. Because of her royal upbringing, over the years she has been able to acquire quite a lot of talents. She is usually really quiet but on rare occasions, she gets these fits of rage that are beyond anyone’s control.