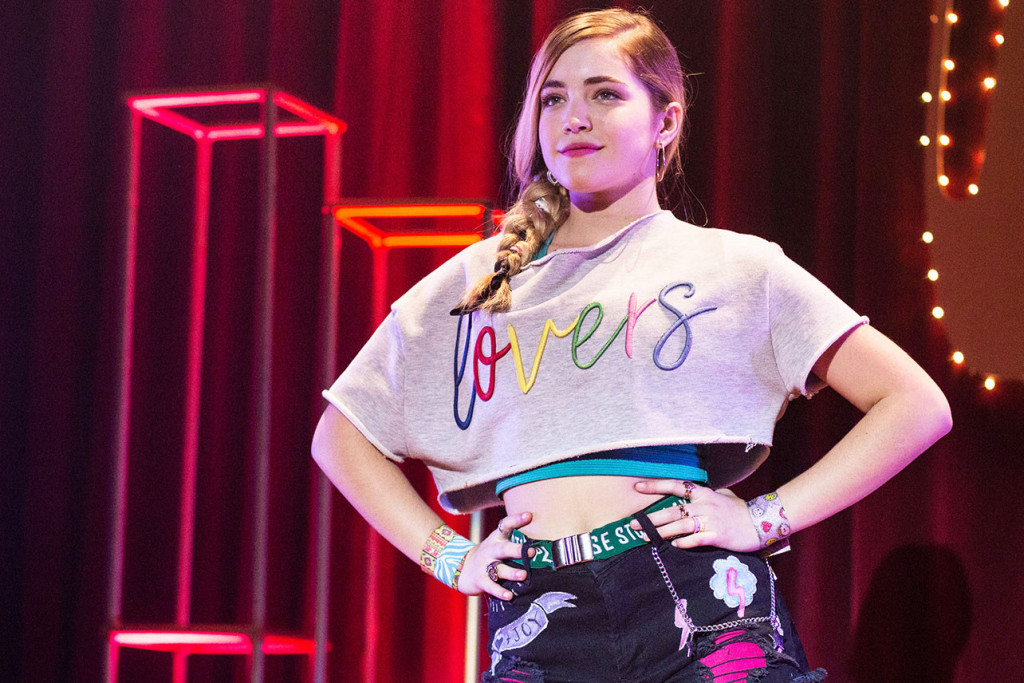 Netflix has been dedicatedly producing young adult and teen shows over the last few years. ‘Go! Live Your Own Way’, originally called ‘Go Vive a tu Manera’, is also one of those shows that deserves a special mention. It is the first teen or high-school series from Argentina. Love, drama, and dance — what else do you need in a high school show? It is a musical series filled with dance, romance, and all-around fun.

If you are someone who enjoyed binge watching young adult series like ‘Atypical’, ‘Sex Education’, ‘Everything Sucks’, you might want to catch up with ‘Go! Live Your Own Way’. The show is produced by Onceloops and Kuarzo Entertainment and first premiered on February 22, 2019, on Netflix. Soon after the premiere, the show became an instant hit. Here’s everything we know about its upcoming season.

Go! Live Your Own Way Cast: Who is in it?

‘Go! Live Your Own Way’ is created and directed by Sebastian Mellino and stars the very talented Pilar Pascual as the high school singer Mia Caceres. Mia is shown to be a rebellious character. Song and dance are her strong suits. She, alongside Renata Toscano in the role of Lupe Achával, Jose Gimenez Zapiola as Álvaro Paz, and Santiago Saez, who plays the role of Juanma Portolesi, give us a wonderful mix of dance, music and decent performances. There are several other main and supporting characters who help capture the spirit of the show. In the upcoming season, the main cast is likely to return and they might even be joined by some new faces that would definitely serve to make this romance musical all the more fun.

Go! Live Your Own Way Plot: What’s it about?

The official synopsis of the show reads, “Charismatic Mía gets a scholarship to an elite performing arts school, where she makes close friends but clashes with the owner’s popular daughter.”

‘Go! Live Your Own Way’ revolves around Mia Caceres, a charming student who earns her way into the elite Saint Mary’s academy. It is a dance academy known for its privileged student body. Mia must find her own place and prove that she is more than where she comes from. As if being the new student is not stressful enough, Mia has to face the politics existing in high school. She takes on the most popular girl at school with a little help from her two best friends. It doesn’t help that her rival also happens to be the owner’s daughter. If you thought Regina George was a mean girl, wait till you meet the popular Lupe.

Alvaro, Lupe’s half brother, plays the perfect sweetheart to the peppy Mia. The first season has us rooting for Mia as she navigates the drama of being a teenager. The season opens with Mia rocking it out on stage, we know from the beginning this is one talented girl. She has big dreams and a talent that will help her achieve them. Right from the day of the audition, Lupe has her eye on Mia. She tells her mom, the principal, that Mia would not be a good fit for their prestigious academy. Fans of movies like ‘Mean Girls‘, ‘High School Musical’, ‘Step Up‘ will enjoy the upbeat rhythm and fun drama of ‘Go! Live Your Own Way’. It is Argentina’s answer to ‘Glee’. The music is catchy and will you find yourself dancing to its tune in no time. Lupe and Mia both are fantastic performers.

The family dynamic between Mia and her adoptive mother, Isabel — played excellently by Melania Lenoir — who trains her to sing, is interesting to watch. Isabel has an important part to play as far as Mia getting into Saint Mary is concerned. It turns out she has had a past with the owner of the academy Ramiro Achaval, portrayed by Gaston Ricaud. What happens when Mia finds out the real reason for her acceptance into the school of her dreams? The show is full of surprises with the right amount of angst and lots of music. The look of the show is very youthful and vibrant. The actors look stylish with fur jackets, hairstyles, and makeup.

In the upcoming season, we will most certainly get to see more drama, cliques, and rivalries that are typical of high schools and often end up scarring people for life. The characters are painted with broad strokes, but Sebastián Mellino brings them to life in a masterful fashion that breathes new life into a tried and tested formula of a high school musical drama.

Go! Live Your Own Way Season 3 Release Date: When will it premiere?

‘Go! Live Your Own Way’ season 2 premiered on Netflix on June 21, 2019. The second season came less than six month after the first season, which premiered on February 22, 2019.

As far as the next season goes, we don’t have an official announcement yet. Though considering the popularity of the show, we believe the show might get renewed for one more season. If that happens, our best guess is that , ‘Go! Live Your Own Way’ season 3 can release sometime in June, 2020. We will update this section as soon as we hear more.

Go! Live Your Own Way Trailer:

While we wait for an update on ‘Go! Live Your Own Way’ season 3, here’s the season 2 trailer to refresh your memories: