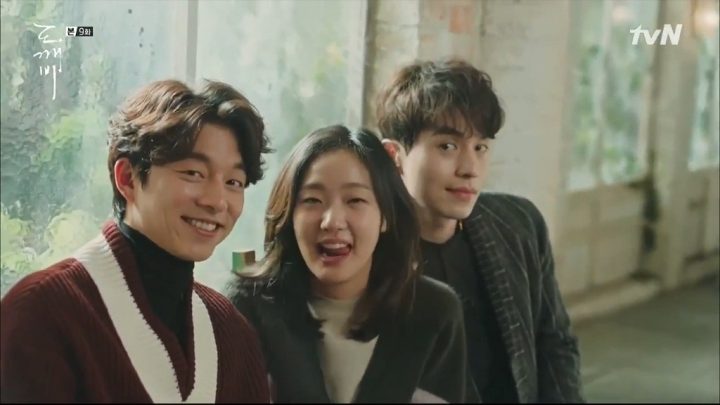 ‘Goblin’, also known as ‘Guardian: The Lonely and Great God’ or ‘The Lonely and Great God – Goblin’, is a Korean tv series that aired on tvN from 2016 to 2017. After its release, it was branded as the third highest-rated drama in Korea’s cable television history, just after ‘Sky Castle’ and ‘Reply 1988’. The critically acclaimed show, which progressed to become a cultural phenomenon in the country, is written by Kim Eun-sook and directed by Lee Eung-bok, Kwon Hyuk-chan, and Yoon Jong-ho.

Goblin Cast: Who is in it?

The cast of ‘Goblin’ is led by Gong Yoo as Kim Shin aka Goblin. He is an immortal entity who has lived for 939 years to date. His primary task is to protect souls. Kim Shin is in search for his true love and bride — the one woman who can extract the sword that is piercing through his chest. After the sword’s removal, he can finally die and rest in peace. Although Kim Shin possesses immense supernatural powers, these capabilities come at a cost. He has to watch his loved ones die and can do nothing but mourn. Before he was cursed (blessed?) with immortality, he served as a general during the Goryeo era. King Wang Yeo ended up killing him and then lost his memory after turning into the Grim Reaper.

Kim Go-Eun stars as Ji Eun-Tak, a cheerful, positive, and charming high school student. She is actually the Goblin’s predicted bride. She can see beings from the afterlife and is unaffected by the powers of the Goblin as well as the Grim Reaper.

Lee Dong-Wook is Grim Reaper, an attractive, funny, and cynical man, who is given the responsibility guiding souls to their reincarnated versions or afterlives. He does not have any memory about his past and has to carry out this task as punishment for something evil he did in his previous life. He has a close bond with Goblin.

Yoo In-na enacts the character of Sunny aka Kim Sun. She owns a chicken restaurant and does not quite understand why the Grim Reaper is always socially awkward. In her former life, she was Goblin’s sister and the queen and wife of King Wang Yeo (the current Grim Reaper).

Yook Sung-Jae stars as Yoo Deok-Hwa, a rebellious guy and heir to the Yoo family, a clan that needs to take care of Goblin. Deok-Hwa soon uncovers the real identities of the Grim Reaper and Goblin and together, they become close friends.

Goblin Plot: What is it about?

‘Goblin’ begins by introducing us to Kim Shin, a goblin, tasked with the responsibility of protecting souls. He resides with the grim reaper (who guides souls after the death of their host bodies) and is his landlord. Shin is however tired of his immortality. As a result, he embarks on a journey to seek out his human bride, who has the sole power to end his life.

On the other hand, Ji Eun-Tak (Kim Shin’s fated lover) is studying in high school and continues to remain optimistic despite the challenges and heartbreaks she faces on a daily basis. The goblin soon ends up crossing paths with her and they gradually fall in love. Again, the beautiful Sunny starts getting attracted to the grim reaper. As these four people come together, their lives take various turns, while they encounter multiple complications and unpredictable situations.

Goblin Season 2 Release Date: When will it premiere?

‘Goblin’ Season 1 premiered in Korea on tVN on December 2, 2016. After spanning 16 episodes, it concluded with its finale on January 21, 2017. Outside Asia, the series is available on DramaFever and Viki with subtitles.

After its release, ‘Goblin’ was branded as a mega-hit Korean drama. With a unique and creative storyline, it garnered huge cable television viewership ratings and the finale boasted an 18.68% audience share across the country. Additionally, it gained popularity across its international viewers, which also led it to be shared on social media platforms in multiple parody versions. It even started a fashion revolution, with people buying the items and accessories worn by the cast members.

According to The Korea Times, “the depth of perspective looking at the life of the goblin that bears a bloody sword in his chest and has been given eternal life as punishment, immerses the audience into the fantasy story. The twist and complexity of life and death make the story more interesting.”

Yes, ‘Goblin’ is one of the most successful K-dramas of all time. And fans still want to know if another season is underway. In fact, viewers were almost sure that a renewal was almost confirmed when Gong Yoo expressed his views on the finale. He said: “Your ‘Guardian’ days are not over yet. I thought the drama was all finished. I’m very disconcerted.”

This announcement did leave fans hopeful for a ‘Goblin’ Season 2. But sadly, it is already confirmed that there will be no second installment of ‘Guardian: The Lonely and Great God’. According to Gong Yoo’s tweet in 2017, “Sad to say there will be no Season 2 for (Goblin) to happen. Some stories are always better to end as it is.”

So, there you are! In fact, there was never any official confirmation that a season 2 would happen. Now, if the makers somehow rethink their decision, considering the worldwide popularity of the show, we will make sure to update this section.

Below is the official trailer for Goblin season 1. Check it out and you will get an idea of what the show is all about.

Read More in Kdrama Preview: The Heirs | My Love from the Star