When Will God Friended Me S2 E13 Premiere? 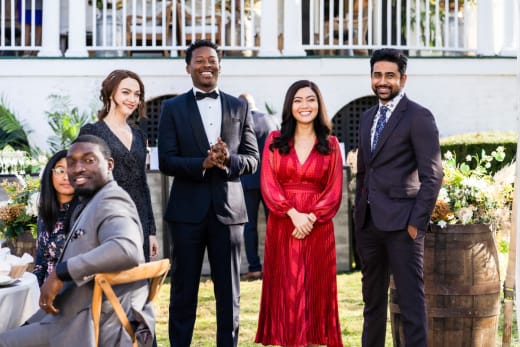 ‘God Friended Me’, the comedy-drama that is created by Steven Lilien and Bryan Wynbrandt, recently landed with its 12th episode from season 2 on January 12, 2020. And we must say, it is definitely one of the happiest episodes from the series. To know why, read our detailed recap below.

What happens in the show is, Miles Finer is sent a Facebook request by God himself. The rest of the story chronicles his journey after he develops this strange friendship. A fan-favorite and critically acclaimed CBS title, the series is now all set to release its 13th episode. Read on to know how and where you can watch ‘God Friended Me’ season 2 episode 13.

‘God Friended Me’ Season 2 Episode 13 is scheduled to air, but the show is on a break from its regular weekly run and fans would have to wait for some time to see their favorites back on-screen. This is because of the scheduled NFL and other award shows that will be taking up its slot.

According to sources, ‘God Friended Me’ Season 2 Episode 13 is expected to return on February 16, 2020, at 8 PM ET on CBS. After that, the rest of the seven episodes will resume its weekly schedule.

The show, to date, has majorly revolved around finding out the details behind the mysterious God Account, which will continue in episode 13. The same will hold true for Miles and Cara’s relationship.

Where to Watch God Friended Me Season 2 Episode 13 Online?

You can watch the latest episodes of ‘God Friended Me’ by tuning in to CBS at the above-mentioned time slot if you have a cable subscription for the channel.

If you don’t have a cable connection, then you can also watch ‘God Friended Me’ Season 2 online on the official CBS website. You can also tune in without cable through YouTube TV, Directv, Amazon Prime Video, or FuboTV if you have their paid subscription.

Episode 12, titled, ‘BFF’ is such a cheerful episode that it manages to leave everyone with a warm feeling. One of the most-awaited events of the season unfolds in this episode — which is Arthur and Trish’s wedding!

As the celebrations go on, there are several other issues, the major question being if Alfonse Jeffries is the person behind the God Account. When Alfonse had previously met the God Squad, he seemed to know several details about the ID. Not only this, he is a dedicated fan of the podcast and hence, everyone is definitely suspicious of his real identity.

On the other hand, Trish’s daughter Julia needs help and there’s this tragic news of Ali’s cancer. Miles tells that he would become the prophet for the God Account if his sister gets better. He is also ready to sacrifice his love for his sibling.

Toward the end, we learn that Alfonse is not the owner of the God Account. But the crew discovers a major clue — a Queen of Hearts card, which points to a hacker who might be behind the God Account. It might additionally mean that the Queen points to Miles’ sister.