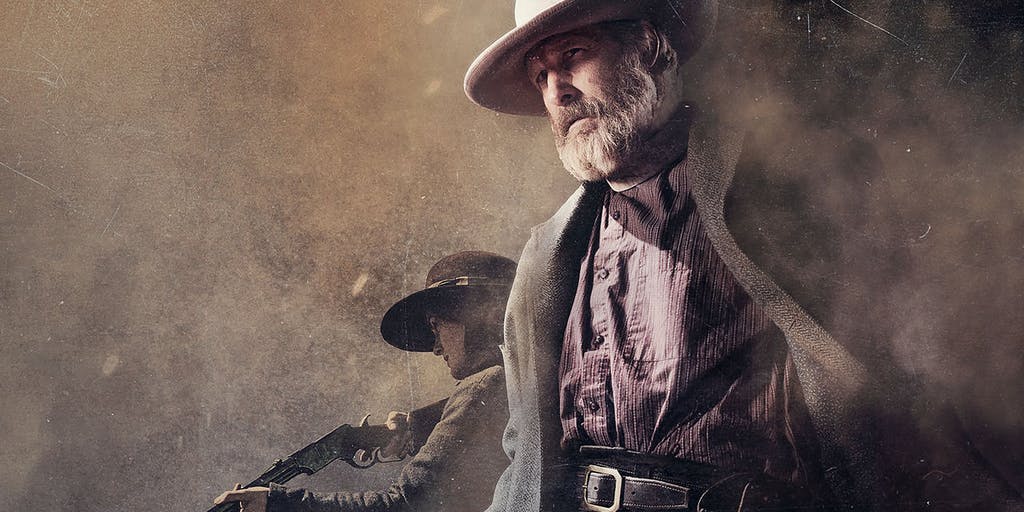 Westerns were fast becoming a thing of the past, but Netflix took a bold step and tried injecting new life into the genre through its release of ‘Godless’. A Western drama web television miniseries created, written, and directed by Scott Frank, ‘Godless’ is set in the 1880s American West, and follows an outlaw hunting down his partner-turned-enemy.

Production for the show began in 2016 in Santa Fe, New Mexico, and the miniseries finally premiered globally on November 22, 2017. Upon release, ‘Godless’ became an instant hit among viewers and television critics alike, with the latter naming it among the best television shows of 2017. Understandably, many have been clamoring for a second season of the critically acclaimed and award-winning show, but it appears that ‘Godless’ has already had its run. Here’s everything we know about the future of the show, and whether it will return again with a second season.

Godless Cast: Who is in it?

The show boasts a stellar ensemble cast with Jack O’Connell leading the pack in the role of Roy Goode, an injured outlaw on the run from his former partner and boss. Michelle Dockery also features extensively in the show in the role of Alice Fletcher.

Meanwhile, Scoot McNairy plays the role of Bill McNue, the sheriff of the town called La Belle. Bill’s sister and the brash widow of La Belle’s mayor, Mary Agnes McNue, is played by Merritt Wever. Thomas Brodie-Sangster, meanwhile, slips into the shoes of the fearless deputy of the sheriff, Whitey Winn. Other main cast members include Tantoo Cardinal as Alice’s mother-in-law Iyovi, Kim Coates as company man Ed Logan, and Sam Waterston as US Marshal John Cook. Finally, Jeff Daniels plays the menacing antagonist of the show, an outlaw called Frank Griffin who terrorizes the West while hunting down Roy.

In the event ‘Godless’ returns for a second season, we expect most of the main cast members to make a comeback.

Godless Plot: What is it about?

The show’s premise revolves around notorious criminal Frank Griffin and his gang of outlaws, who are on a mission to extract revenge on a former gang member, Roy Goode. On the run, Roy seeks refuge in isolated mining town called La Belle in New Mexico, where he lives with Alice Fletcher, a hardened widower and outcast. When word reaches La Belle, which is governed mainly by women, that Griffin is headed there, the residents of the town band together to defend against his murderous gang.

While the premise of the show is fairly simple, as is expected of a Western, ‘Godless’ is a brilliantly executed show that revels in all the hardships, glory, and violence that we associate with Westerns. However, ‘Godless’ also gives Westerns a modern spin by foregrounding women in its narrative, thereby bringing in a much needed presence of females in a genre that has historically been male dominated. In its tone, the show is grim, and in its pacing, it is slow. Yet, ‘Godless’ rewards those with patience with captivating cinematography, a slow ratcheting up of the stakes, and the gradual unfurling of its intense and violent story that ends with an apocalyptic showdown between Griffin and his gang and the townsfolk of La Belle.

It therefore comes as no surprise that ‘Godless’ quickly made it into television critics’ list of favorite shows in 2017. Critics absolutely loved ‘Godless’, and it boasts a solid score of 87% on Rotten Tomatoes, based on 67 critic reviews. Additionally, ‘Godless’ also featured in the lists of the best television shows of 2017 compiled by publications such as The Washington Post and Vanity Fair. Further, it has also been nominated for dozens of awards, and has won three Primetime Emmy Awards. Among audiences, too, the show enjoys a lot of popularity, and it has a solid rating of 8.4/10 on IMDb, based on almost 38,000 votes.

Firstly, ‘Godless’ is classified as a miniseries or a limited series, implying, well, that it’s limited. While other limited series have sometimes been expanded into full-blown multiple season shows, ‘Godless’ will probably not be going down that path. Prior to the premiere of ‘Godless’, show creator Scott Frank had hinted at the same, and had told Variety that he had written the show with a film in mind. However, he was persuaded by executive producer Steven Soderbergh to make it into a miniseries so that characters could be developed before going into confrontations.

Secondly, a day after the premiere of ‘Godless’, The Hollywood Reporter interviewed several of the show’s cast members about the possibility of a second season, and most of them replied in the negative. Sam Waterston, who plays Marshal John Cook, told the publication, “I think it’s a novel. I don’t think they’ll make a Godless 2.” In a similar fashion, Thomas Brodie-Sangster, who plays Whitey Winn, said, “It’s got a really nice beginning, middle and end. It’s very popular nowadays to just make something go on and on and on. At some point, it becomes some sort of money-maker thing, and I think as a viewer you can see that and sense that. For me, unless they do something amazing with the writing and as long as it’s appropriate, I think it’s nice to actually have a Netflix show that comes out like this, where you have the beginning, middle and end.”

Given these two facts, and the fact the there has been no talk about a second season thus far, it seems highly unlikely that Netflix has an upcoming season in mind. However, nothing is certain in the television industry and if ‘Godless’ does get renewed for a new season, we’ll be sure to update this section to reflect the same.

While we wait for news on the fate of ‘Godless’, here is the trailer of the miniseries to give you a glimpse into the gritty Western.