Where to Stream Godzilla: King of the Monsters? 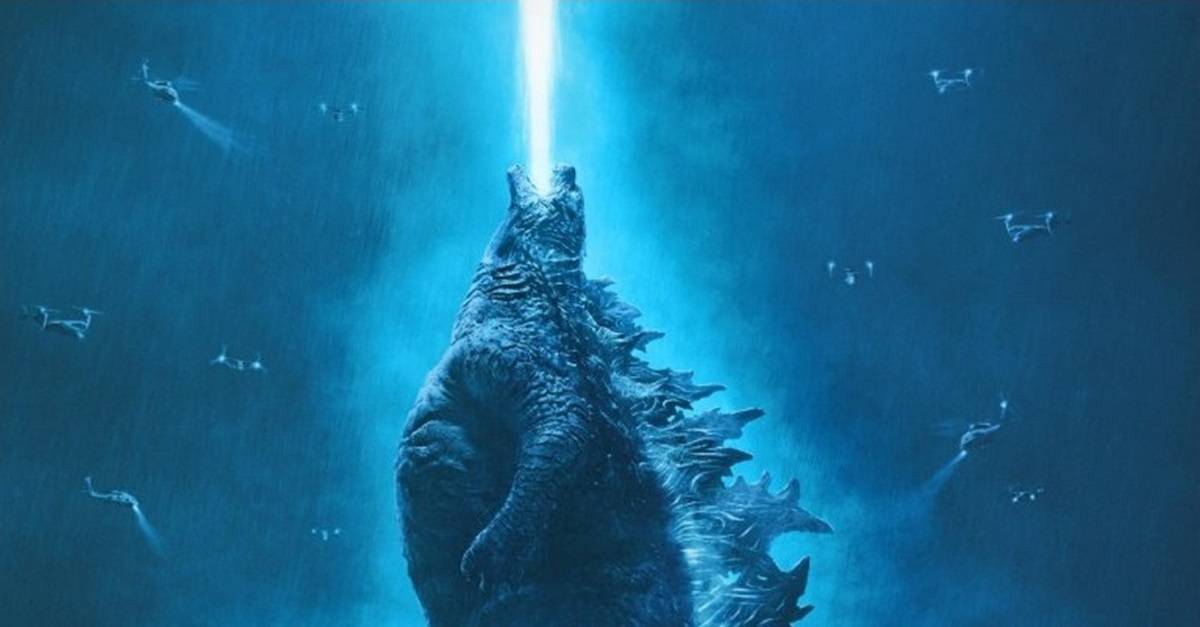 Everybody loves a good monster brawl. There is something about giant monsters fighting on a big screen that is thrilling to watch. ‘Godzilla: King of the Monsters‘ does not disappoint in this regard. If you are looking for a deep storyline, there is none. However, if you are in the mood for monster mayhem, then this film is pure pleasure.

The film continues the story from the last ‘Godzilla’ movie and sets up the monster-verse. If you keep up with the news and have an interest in such matters, you must know that a movie pitting Godzilla against King Kong is on the way. This film just established how all these creatures are Titans, and how there are many more Titans than just Godzilla, or the previously seen MUTOs. It also shows that not all of these monsters are friendly, and while humans might think themselves to be the master species on the earth, ultimately, we have to bow down to these monsters.

Thankfully, we have someone like Godzilla on our side, although in ‘Godzilla: King of the Monsters’, our favorite kaiju is close to defeat at the hands of a creature that is more menacing and ruthless than one we have ever seen. The movie has received praise for its visuals and action sequences, which is what we look for in such monster action movies anyway.

Excited to find out what Godzilla goes up against in ‘Godzilla: King of the Monsters’? Well, before we tell you where to watch the movie, let us familiarize you with the story, briefly.

What is Godzilla: King of the Monsters About?

As the title suggests ‘Godzilla: King of the Monsters’ is about Godzilla showing everyone who is the boss. However, before we get to that, there is a lot of the story that plays out. We see that humans have uncovered several Titans, ever since the appearance of Godzilla and the MUTOs. Dr. Emma Russell (Vera Farmiga), a paleobiologist, works for the Monarch organization. She and her daughter Madison (Millie Bobby Brown), awaken the Titan they call Mothra. They calm this creature down using the Orca, which is a machine emitting frequencies able to alter or attract Titan behavior. Just then, the facility is attacked by some geo-terrorists, led by Alan Jonah (Charles Dance), and they take Emma and her daughter hostage. Mothra flies away and pupates.

Monarch reaches out to Emma’s ex-husband, and Madison’s father, Mark Russell (Kyle Chandler), to help track them down. However, it appears as though Emma is actually in cahoots with these terrorists, and their plan is to free all the Titans since Emma believes that they can reverse the damage to the planet that humans have caused. While this is a good cause to fight for, one wonders why anyone would free a three-headed dragon locked away in Antarctica and dubbed Monster Zero. I mean, it looks like a villainous creature right away. Anyhow, they do free it and it turns out Monster Zero is here to destroy the earth (big surprise there!). Anyhow, Godzilla is not having any of that and he steps into battle. Godzilla holds his own in this round, but Monster Zero gets away.

In the meanwhile, Emma and her terrorist buddies free another Titan in Mexico, called Rodan. Monarch uses a smart plan, luring Rodan towards Monster Zero, hoping that they will take each other out. However, Rodan is easily defeated. Guess who shows up for round two? That’s right! Godzilla is here again, and this time, he manages to inflict some proper damage, taking out one of the heads of this dragon. Leave it to the humans to ruin a perfectly good fight and they detonate a bomb called Oxygen Destroyer. This has been specifically designed to target Titans, and while Monster Zero seems unaffected, it seemingly kills Godzilla. Monster Zero lives up to its name, regrowing its head and declaring itself as the king of the monsters. Madison is disillusioned by her mother’s plan and disowns her.

In the meanwhile, the humans learn that Monster Zero is actually Ghidorah, an alien creature looking to terraform the earth, and Godzilla has tangled with it before. Mothra’s movements alert the humans that Godzilla is not actually dead but recuperating in a highly radioactive environment. Dr. Serizawa, who always respected ‘Gojira’ and believed he was an ally, bravely sacrifices himself, manually detonating a nuclear warhead to speed up Godzilla’s recovery, using the resulting radiation.

Madison is her own person now, and uses the Orca, stolen from her mother, calming the Titans, but drawing Ghidorah to her location. Just as this monster lands, so does Monarch, and Godzilla comes with them. We all know this is the final battle, and Godzilla is seriously juiced up for this fight. A violent battle ensues, and Mothra and Rodan also join in, supporting Godzilla and Ghidorah respectively. While Mothra eliminates Rodan, it has to sacrifice itself for Godzilla. However, this sacrifice causes Mothra’s powers to fuse with Godzilla, and there is no stopping the kaiju then. He easily decimates Ghidorah, after having turned a menacing red, and melting everything in his path. The movie ends with all the Titans bowing down to the undisputed king of monsters, Godzilla.

The end of ‘Godzilla: King of the Monsters’ teases the upcoming battle between Kong and Godzilla. Ghidorah might not be out of the picture yet, as we see the terrorist group purchasing the severed head of the beast, probably looking for ways to bring it back.

Anyhow, these are musings about the future. For now, let us tell you where you can watch ‘Godzilla: King of the Monsters’.

Is Godzilla: King of the Monsters on Netflix?

Netflix has one of the finest content libraries which makes the platform a premier content provider. While ‘Godzilla: King of the Monsters’ is not available on Netflix, you can check out the 2017 animated movie ‘Godzilla: Planet of the Monsters‘.

Is Godzilla: King of the Monsters on Hulu?

Hulu is a fast-growing platform when it comes to content, and with their smart additions, they are quickly becoming a force to be reckoned with. While ‘Godzilla: King of the Monsters’ is not on Hulu, subscribers can always enjoy some Titan fun by checking out ‘King Kong‘ (2005) starring Naomi Watts.

Is Godzilla: King of the Monsters on Amazon Prime?

Amazon Prime has a carefully curated library of films and television shows. Unfortunately, the platform has not spent a lot of time in accumulating monster movies, so ‘Godzilla: King of the Monsters’ is not available on Prime. However, there is no reason why it cannot be added later on, so keep an eye out.

Where Can I Watch Godzilla: King of the Monsters Online?

Unfortunately, until ‘Godzilla: King of the Monsters’ is available on any of the major streaming platforms, it would make no sense hoping for it to be available elsewhere for streaming. Wait till the movie arrives on one of the platforms.

When Will Godzilla: King of the Monsters Release on DVD and BluRay?

‘Godzilla: King of the Monsters’ came out only recently and the DVD and BluRay are scheduled to come out on  August 27, 2019. However, if you cannot wait that long, you can preorder your copy of the film here.

Can I Watch Godzilla: King of the Monsters Online For Free?

‘Godzilla: King of the Monsters’ released only recently, and until it completes its theatrical run, you cannot watch it for free online. You have to wait for the streaming platforms to add the movie before you can use their free trial period to watch it. However, a lot of money goes into making a film like ‘Godzilla: King of the Monsters’ so we urge our readers to pay for the movie.