Godzilla vs. Kong Sequel: Everything We Know 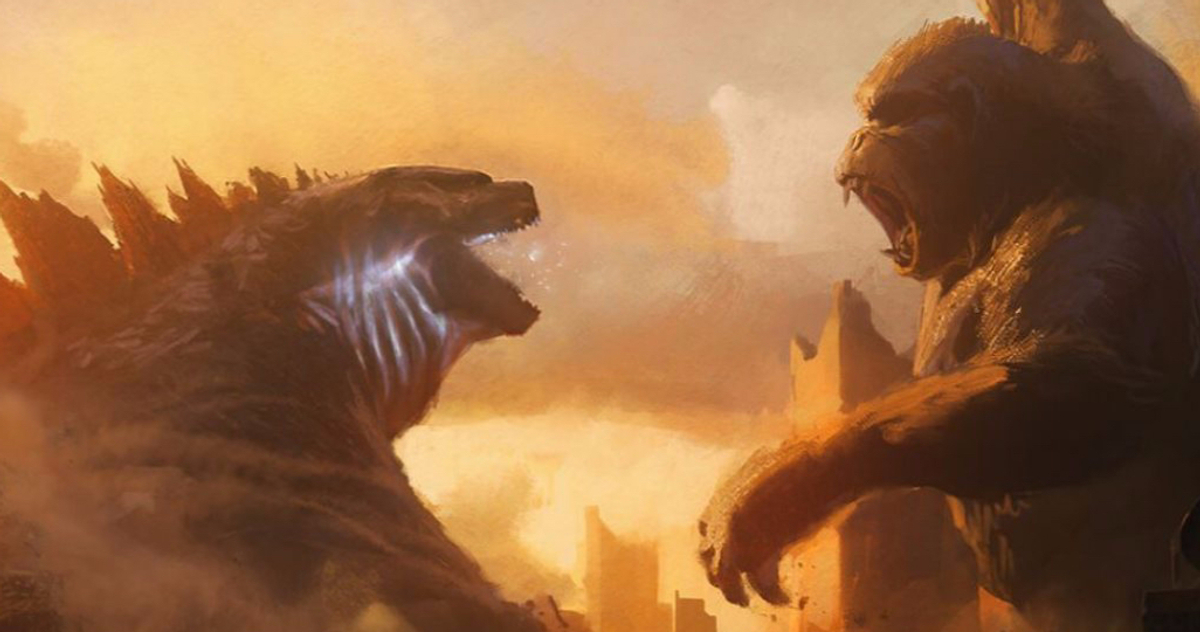 ‘Godzilla vs. Kong’ sees the long-awaited showdown between the two iconic monsters, who battle it out to be crowned as the King of the Monsters. Directed by Adam Wingard and penned by Eric Pearson and Max Borenstein, the film is an action-packed main event that is no less than a championship-deciding wrestling match among two heavyweights. The enthralling and epic confrontation between Kong and Godzilla most certainly leaves fans craving more of the two titans. If you are looking for details about a sequel to the movie or the next entry in the MonsterVerse franchise, here’s everything we know about a ‘Godzilla vs. Kong’ sequel.

‘Godzilla vs. Kong’ released internationally on March 24, 2021, and on March 31, 2021, in the theatres in the US by Warner Bros. Studios and also on HBO Max. The film opened to high box-office numbers and warm reception from critics with particular praise for the spectacular action set-pieces and characterization of Kong and Godzilla.

The film is the fourth entry and final announced project in the MonsterVerse since the shared universe was first confirmed to be building up to the crossover film after the release of ‘Godzilla’ in 2014. Fans would be delighted to know that the film earned $121.8 million at the international box office in its opening weekend, thus setting a record highest opening in over a year for a Hollywood film in the pandemic era.

As for a direct sequel to ‘Godzilla vs. Kong’ or the next entry in the franchise, no official comment has been made by the studio or the makers just yet. The studio is likely waiting to see fan appetite and profitability of the franchise before committing to any more sequels. Let’s assume that the movie meets the Covid-19 pandemic adjusted financial expectations of Legendary Pictures; the studio could easily greenlight a follow-up (or multiple sequels). Adam Wingard has stated that a sequel is indeed possible depending on fan reaction.

However, the director noted that the franchise was conceived to build towards ‘Godzilla vs. Kong.’ This prospective new entry in the MonsterVerse franchise could be a direct sequel, a spin-off or individual sequels for Kong and Godzilla, or a prequel. In fact, all of these possibilities could materialize. If the studio does move forward with new films in the franchise, they will most likely tell self-contained stories building up towards another crossover film featuring the two titans. If things go accordingly, we can expect ‘Godzilla vs. Kong 2’ to arrive on our screens sometime in 2024 at the earliest.

Godzilla vs. Kong Sequel Cast: Who can be in it?

Depending on what form or shape the prospective sequel takes, the cast will differ, with certain characters more likely to return than others depending on the story. The MonsterVerse films have increasingly reduced the involvement of humans, with each entry focusing more on the monsters. However, we expect humans to be involved in some capacity. In that case, all the lead actors could return to reprise their roles in the sequel, except for Eiza González, Demián Bichir, and Shun Oguri as their respective characters bit the dust during the events of ‘Godzilla vs. Kong.’

Godzilla vs. Kong Sequel Plot: What can it be About?

In ‘Godzilla vs. Kong,’ the titular monsters fight to prove their supremacy. The last active titans brawl multiple times, and Godzilla emerges as the winner. However, his victory is short-lived as MechaGodzilla is unleashed and attacks Godzilla. Kong and Godzilla unify their strengths to defeat the artificial titan, MechaGodzilla. In the end, both form a truce and go their separate ways.

The film neatly wraps up the conflict between the two monsters but leaves the door open for a rematch. After defeating Kong, Godzilla stomps on his chest in the original film, but unlike other titans, Kong refuses to bow or submit to Godzilla. Kong proves himself as an equal to Godzilla after helping him in the final battle. Therefore, the two titans could brawl again to establish themselves as the alpha titan since Kong clearly doesn’t accept Godzilla’s dominance. A potential sequel could build upon this basic idea.

Furthermore, there’s the possibility of Godzilla being controlled by humans hinted at in ‘Godzilla vs. Kong.’ Kong now rules over the Hollow Earth ecosystem, where a powerful energy source is also hidden. Humans could return to get their hands on the energy source affecting the ecosystem’s balance, bringing them into conflict with Kong. The humans could summon a mind-controlled Godzilla to take on Kong.

It is likely that we haven’t seen the last of MechaGodzilla, and he could stand-in for Godzilla in the sequel should the studio have other plans for the atomic energy breathing monster. Humans controlling MechaGodzilla is far more possible than controlling the OG King of the Monsters. Another interesting avenue the sequel could take is revealing more about the previous feuds between members of Kong and Godzilla’s species during the prehistoric age.