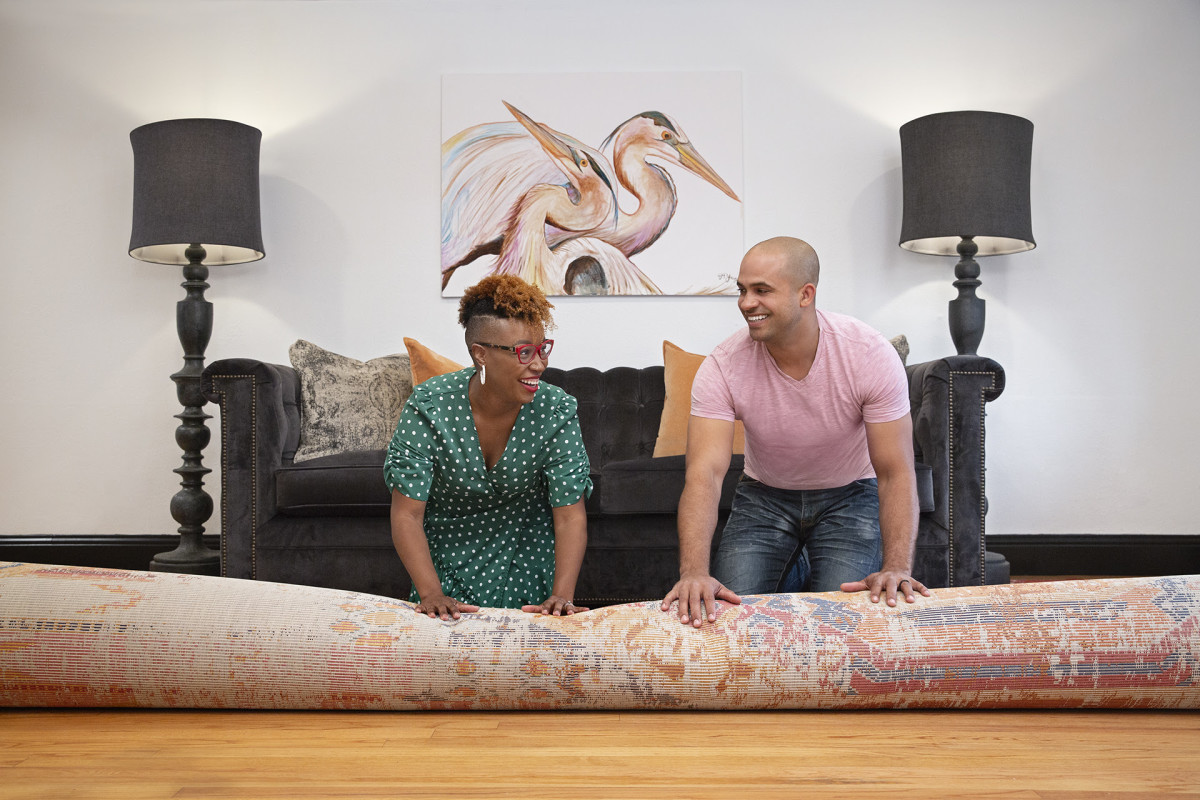 It seems the business of house flipping is constantly reaching new heights. But what about the returns on investments? Well, not so much. The real estate market has hit an all-time low. But this didn’t deter HGTV from launching ‘Going for Sold’, a reality TV series that highlights some of the worst homes in Houston’s best neighborhoods and showcases their transformation into sparking new abodes.

Going for Sold Cast: Who is in it?

‘Going for Gold’ stars Houston natives and couple, Jon Pierre and Mary Tjon-Joe-Pin. The social media influencers came to the limelight after their increasingly popular YouTube videos, which revolves around the house-renovation process and all the pricey surprises that come accompanied with it. While Jon was previously employed in the oil and gas industry, his wife Mary is a former flight attendant. However, her innate passion for design compelled her to leave her job and embark on the home renovation business. On the other hand, even Jon wanted to do something he really loved and which offered him flexibility. This is when he decided to try his hand in flipping homes.

Mary and Jon own a home investment company named Harper Raine Homes and are quite new to the field — with around three years of experience. The duo has two kids, a 4-year-old girl and a 23-month-old boy.

Going for Sold Plot: What is it about?

Mary and Jon had filmed their early house flips and uploaded the videos on YouTube. Quite a few production companies were impressed by the clips and finally, HGTV approached the couple for a pilot and then a series agreement. As per Jon, “We didn’t have a lot of followers. We weren’t big names. We were just regular people doing little things and now here we are.”

Each episode on ‘Going for Sold’ chronicles the busy parents as they tackle a dilapidated home and turn it into a charming, affordable haven. Their flips are mostly targeted toward young families who want high-end looks minus the heavy price. The duo’s go-to approach involves the application of bright colors and bold design. Mary has a knack for incorporating artistic elements in the interiors, such as removable wallpaper, bamboo sinks, modern staircases, and geometric paint accent walls.

On one episode, Jon and Mary purchase a huge property that has a living room, graced with cathedral ceilings. There is also extra space for a loft. However, the old property has multiple problems — including a cracked foundation, crumbling kitchen and ugly finishes. The duo starts working their magic by adding a striking, contemporary staircase, a sleek kitchen, and a luxe master bath. Across the episodes, we witness the couple as they tackle many challenges such as faulty plumbing, leaking roofs, and choppy floor plans. In one home, Mary, inspired by her Louisiana upbringing, brings together a beautiful New Orleans-themed design.

Each episode is centered around a different house that the couple renovates, in order to make it fit for a favorable buyer. And of course, there is no shortage of properties. Considering the destruction caused by Hurricane Harvey in Houston in 2017, there are plenty of homes that need an overhaul.

Going for Sold Season 2 Release Date: When will it premiere?

‘Going for Sold’ season 1 premiered on Thursday, August 1, 2019, on HGTV. Currently, the daily viewership of HGTV is almost double that of CNN. Hence, with such a large audience base, this new focus on the Houston housing scene offers an exciting and intriguing take. Stakeholders got an idea about how renovated homes fare in the market. Additionally, the trend of flipping residences has grown manifold.  For instance, in 2000, 1.3% of homes were flipped. In 2018, the figure was 16%. Therefore, we are expecting the series to generate a considerable amount of positive response.

Now, as far as a next season goes, we don’t have an official update yet. Though, HGTV typically allows a show to go on for a few seasons before deciding to pull the plug. Therefore, we are positive that the show will get renewed. And if that happens, our best guess is that ‘Going for Sold’ Season 2 release date should fall sometime in August 2020.

HGTV has not released an official trailer for the series yet. However, if you wish to check out their latest clips and videos from the show, you can always head to their official site.