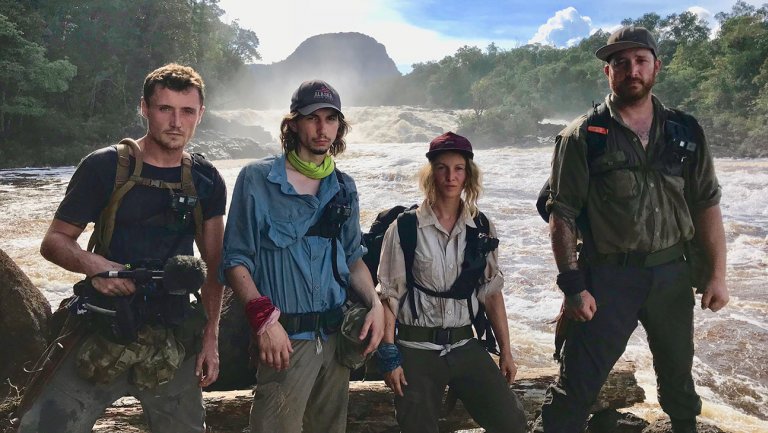 Gold Rush: Parker’s Trail is a new reality TV program that chronicles the adventures of enthusiast Parker Schnabel whose age is 23. The first seasonwas released on 6th April 2017 on Discovery Channel. In one of the episodes, he travels with his friend Rick Ness to the deadly Klondike Trail that is an approximately 965-kilometre hike. More than a thousand alpinists have tried to climb this snow clad mountain in the past. The Klondike Gold Rush is situated over the Chilkoot Pass, near the Yukon River next to Dawson City. Gold miner Parker Schnabel takes his crew to a deadly jungle of Guyana in South America. They plan to visit a 21st Century gold rush because the year before that, more than $750 million worth gold was discovered in Guyana.

After the success of the first season, Discovery ordered Gold Rush: Parker’s Trail for a season 2. “At our mining site, we’ve automated all of that. You run big equipment, and your object is to do manual labour the least amount possible,” he said. “But in South America, and Guyana in particular, it is all manual labour. Everything that happens is moved by hand, almost. Though there are some excavators.” “It’s unreal,” he added. “It’s like being in the Dawson City gold rush 120 years ago.”

Gold Rush: Parker’s Trail Season 3 Cast: Who is in it?

Paul Christie is the Narrator, Parker Schnabel is a Klondike Miner, Rick Ness is Parker’s Ex-Foreman, James Levelle is a Film Maker, Karla Ann is a Wilderness Expert and Sam Brown is the main Cameraman. The same crew will be expected to take on the next season of Gold Rush: Parker’s Trail.

Gold Rush: Parker’s Trail Season 3 Plot: What is it about?

In the second season, Parker goes on a new mining challenge that is tougher than the previous one. He goes to mine for gold in Guyana, South Africa. They risk their lives and explore the uncharted jungle that has caiman, snakes, jaguars and poisonous spiders. They also try to cross a quarter mile, but the current holds Rick back. He gets injured, and  the local miners do not allow him to use the mining ground. He is left with only two choices, whether to carry on the work or go back home. In the next episode, Parker and his crew are bitten by a deadly Piranha and followed by a dangerous caiman. They also end in trouble when they fail to drag their boat up to the waterfall. In the next episode, the team travels to Marudi, and now they have only two weeks to uncover the hidden gold mine in Guyana. The time is ticking for the crew. Parker, Karla, Rick, and Sam pass Guyana and set up a new gold mine in Marudi. Their dream to mine gold shatters when the locals do not give their consent.

The second season was renewed on 23rd March 2018 on Discovery Channel. Season 3 is likely to air in early 2019 but for that it must be renewed first. Let’s hope the producers drop an air date soon enough.

The series is yet to be scheduled, so there is no tariler for Gold Rush: Parker’s Trail season 3. For now, you can watch the finale video of season 2 below.