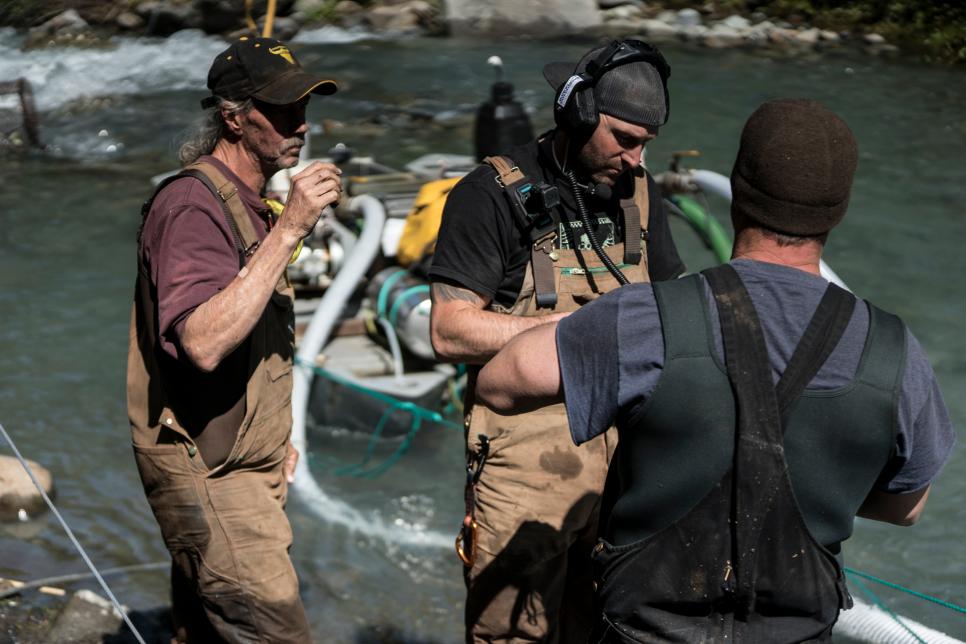 ‘Gold Rush: White Water’, created as a spin-off to Gold Rush, is a reality tv series that airs on the Discovery Channel. It is centered around gold miners Dustin Hurt and his dad “Dakota” Fred Hurt as they return to McKinley Creek, Haines Borough, Alaska, seeking to find gold through suction dredge diving, deep within the raging waters.

The series, after spanning three seasons, has been renewed for its fourth edition. And here is everything we know about ‘Gold Rush: White Water’ Season 4.

‘Gold Rush: White Water’ Season 3 premiered on November 1, 2019, on Discovery. After spanning 13 episodes, it ended on February 14, 2020. All the episodes can also be streamed on the Discovery Go app. Soon after, the show was renewed for its fourth outing. On October 23, 2020, Discovery announced that ‘Gold Rush: White Water’ season 4 will premiere on November 13, 2020, at 9 pm ET.

Gold Rush: White Water Season 4 Cast: Who Can be in it?

Gold miner and dredge diver Paul Richardson is Kayla Sheets’ husband and Wes Richardson’s brother. Fabricator Richardson is also a gold cleaner. Carlos Minor is a diver with 13 years of experience with the U.S. Marines.

What Can Gold Rush: White Water Season 4 be About?

Mining is dangerous, no doubt. But the risk increases by several notches when one attempts to seek treasures by diving deep into the depths of icy cold, raging waters. And this is exactly what happens in ‘Gold Rush: White Water’.

Discovery’s official synopsis sheds further light on what ensues in the series. It says: “This is gold mining at its most extreme. Gold miners Dakota Fred and his son Dustin are determined to make a fortune no matter the risk. But to find the big gold payout, they’ll put their lives on the line by diving deep beneath the raging waters of one of Alaska’s wildest creeks.”

In season 3, the stakes are much higher. The Dakota Boys decide to split and venture into new mining sites. And the risks are paramount as they need to continue their expedition high up in the mountains. Previously, we had followed Fred and Dustin Hurt as they mine gold in the McKinley Creek. But with the gold bed having been completely depleted, the father-son pair reach a crossroad and have different opinions about where to mine next. As a result, they part ways.

Toward the end, we see Fred finally being successful after his efforts. He manages to strike the biggest gold haul of the year. Dustin, on the other hand, faces an uncertain situation but is hopeful when Carlos makes a surprising discovery at their new diving location.

In the fourth season, we expect the crew to continue on their strenuous mission of scavenging for more gold in staggering heights and within raging waters deep within the Alaskan wilderness.