When Does Goliath Season 3 Premiere on Amazon Prime? 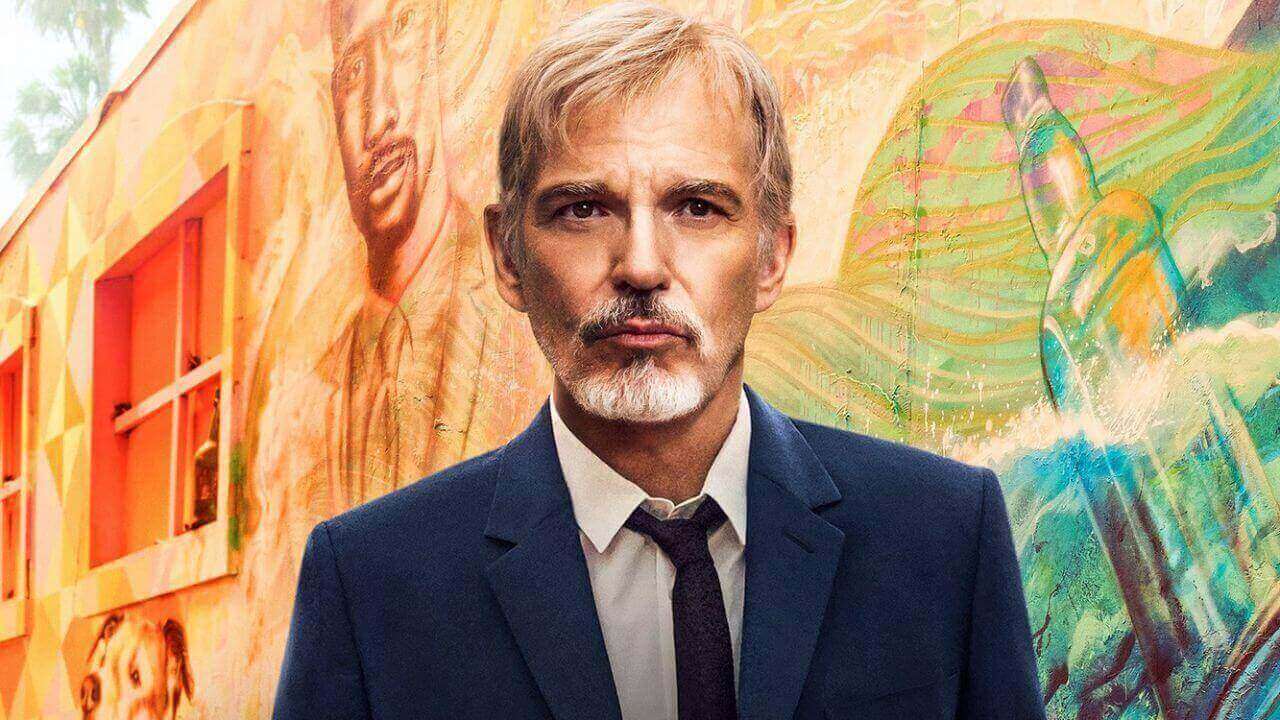 ‘Goliath’ is an American legal drama web series that airs on Amazon Video and first premiered on October 13, 2016. It has been created by David E. Kelley and Jonathan Shapiro, who are frequent collaborators and have worked on shows like ‘The Practice‘ and ‘Boston Legal‘. Later Clyde Phillips of ‘Dexter‘ fame joined as showrunner as well.

Considering that the creators are experts at legal dramas, there was no way this show would fall beneath expectations. When coupled with the fact that it has a stellar cast, success was guaranteed. It seems as though the critics are of the same opinion as well, and they have said, “Compelling performances from an excellent cast—led by standout Billy Bob Thornton—propel David E. Kelley’s Goliath into must-watch TV territory.”

The show has had two successful seasons so far. Now the question is, will there be a ‘Goliath’ season 3? Here’s everything we know about it.

Goliath Cast: Who is in it?

The cast of ‘Goliath’ is led by Billy Bob Thornton, who gained critical acclaim for playing Lorne Malvo in ‘Fargo‘. Here Thornton plays Billy McBride, a former brilliant attorney who grows a conscience and leaves the successful law firm that he helped to build.

Nina Arianda, who is famous for her appearance in ‘Midnight in Paris‘ and ‘Hannibal‘, plays the role of Patty Solis-Papagian, a real estate agent and DUI lawyer, who brings McBride a case that could potentially alter his life. Tania Raymonde, of ‘Lost‘ and ‘Cold Case’ fame, appears as Brittany Gold, a prostitute who sometimes acts as a legal assistant to Billy since she cares for him.

There are several other characters who appear in various important capacities over the seasons. Some of them include Billy’s ex-wife, his co-founder of the firm, and also a local councilwoman, and various other powerful figures in the world of politics. Overall, they give this legal drama the right tone of thrill that it requires.

In season 3, Thronton will be reprising his role and we expect most of the main characters to return as well. The Hollywood Reporter revealed that some new cast members are joining the show. They are  “Dennis Quaid (The Day After Tomorrow), Amy Brenneman (The Leftovers), Beau Bridges (Homeland), Griffin Dunne (House of Lies), Sherilyn Fenn (Twin Peaks: The Return) and Shamier Anderson (Destroyer)”. Quaid, as a billionaire rancher, will be the main antagonist in season 3, and Brenneman will play the role of his sister.

Read More in TV Preview:  Legion | F is for Family

Goliath Plot: What is it about?

‘Goliath’ follows a down-and-out lawyer (Thornton) as he seeks redemption. His one shot depends on getting justice in a legal system where truth has become a commodity, and the scales of justice have never been more heavily weighted toward the rich and powerful. The first season has Thornton dominate the storyline with his impish and confused character.

Season 2 sees a continuation of the story of McBride’s rise from shame and ruins. The season witnesses him pursuing a murder case pro bono as he looks to redeem his disgraceful past. It is evident where the title of the show comes from. It is from the tale of David and Goliath, where McBride is in the role of David or the little guy, taking on the big and powerful entities, be it companies, or politicians. It is a testament to the justice system which enshrines the value that no one is untouchable and Thornton’s character strives to ensure that justice prevails, and does not merely become a sham due to the power and privileges of the accused.

When the show introduces us to the protagonist, it comes across as cliched, since we have the basic traits of alcoholism, a person down on his luck, the basic antihero who nobody likes, but someone who is going to end up saving the day anyway. As McBride grinds his ax against his former law firm, there are the same scare tactics that we have grown up seeing in legal thrillers, like shady characters trailing him. However, what makes the show a success is the masterful craftsmanship of the showrunners who make the characters vibrant, and the plot very engrossing throughout. Lovers of film noirs might appreciate how this show smoothly ingrains some of the characteristic traits of the genre.

Variety sums up the show in the best way possible, saying, “Unlike many streaming dramas, each episode of ‘Goliath’ has a satisfying internal structure, and the series exudes a notable sense of forward movement. This allows the stellar cast to wring evocative moments of intensity, pathos, and sly humor from the solid spine constructed by Kelley and his writers. As McBride, Thornton is capable of seamlessly transitioning from quiet sadness and empathy to petulant rage, and even though he’s at the end of his tether, the man’s tenacity is something to behold.”

In season 3, we will see McBride meet a new Goliath when he takes a case in Central Valley that is drought-stricken. He will go up against a billionaire rancher and his sister. We cannot wait to see how this new season pans out.

Goliath Season 3 Release Date: When will it premiere?

Notably, the Amazon executives praised the show during the renewal, stating, “Our Prime Video customers loved the first two seasons of ‘Goliath’, and I’m excited we can bring them a new season of this sharp and surprising legal drama. We have an incredible array of stars joining Billy Bob and the Goliath cast, and fans will be thrilled to see what’s in store for season three.”

Here’s ‘Goliath’ Season 3 trailer to get you excited.