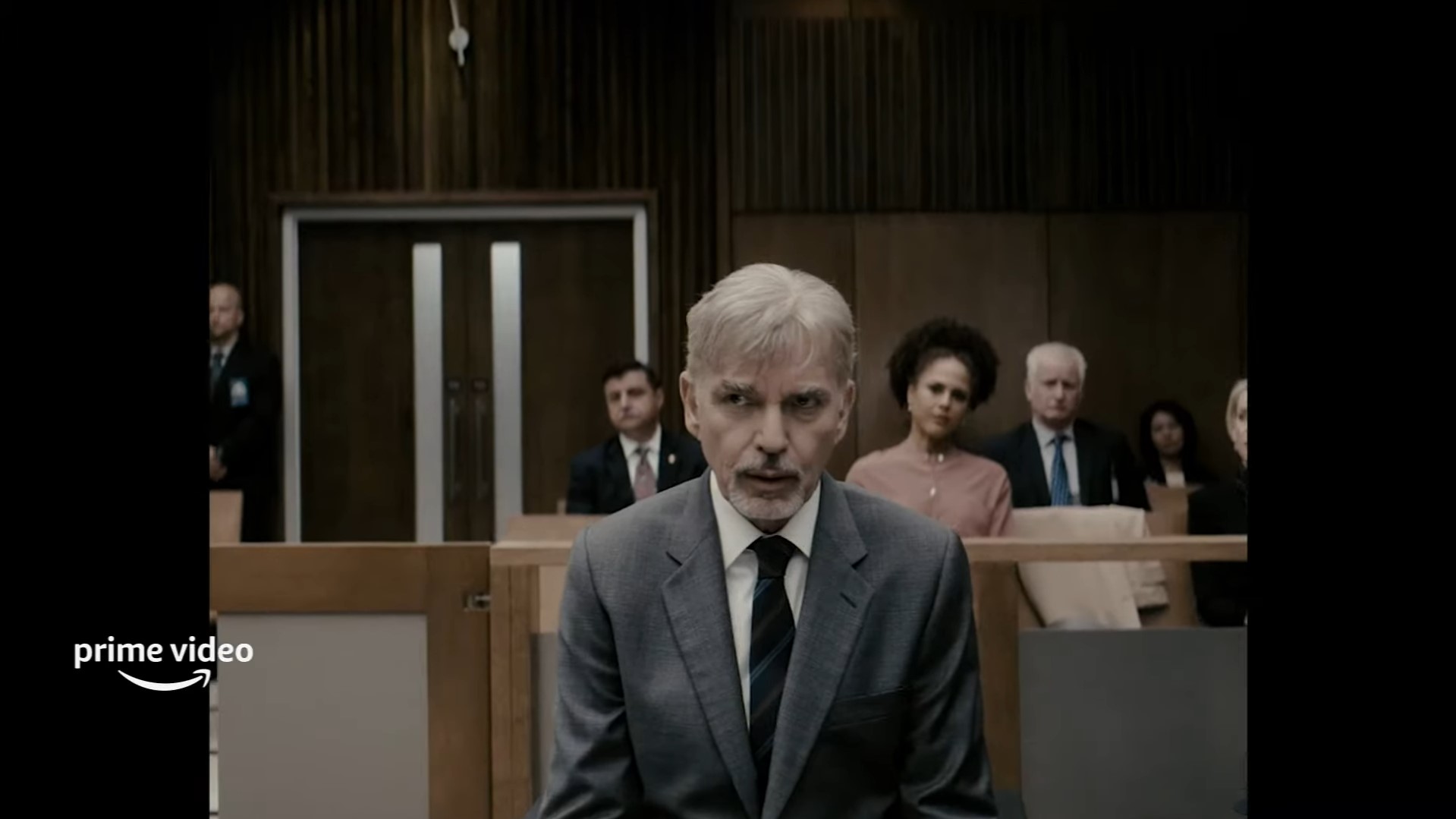 Created by David E. Kelley and Jonathan Shapiro, ‘Goliath’ is an incredible legal drama series that has enjoyed a favorable response and garnered a significant fanbase since its premiere in 2016. The show features Billy McBride, a lawyer almost at the end of his career who suddenly decides to be a guardian angel for the justice system. With a lofty dream in mind, he sets out to change the corrupt and biased system one step at a time.

Season 3 portrays a tense standoff between Billy and Diana Blackwood as each tries to get ahead of the other. However, Diana’s evilness and desperation to achieve her goal through any means possible are made clear through how she brutally murders Littlecrow. Still, Billy keeps drawing the net around his nemesis, and in the process, catches Wade’s crimes, who decides to cut a deal. He also exposes Silva’s involvement in Diana’s shady businesses, which forces Silva to resign as the Mayor.

In a time of great turmoil, the series makes the bittersweet announcement of Patty’s pregnancy. However, refusing to be defeated, Diana takes a shotgun and shoots Billy before Stephanie rams her off the road, seemingly killing her. Now that the fourth and final season is around the corner, let’s take a look at the release date and casting details!

‘Goliath’ season 4 episode 1 will release on September 24, 2021, on Amazon Prime Video. The fourth season consists of eight episodes, all of which will drop at the same time.

‘Goliath’ season 4 episode 1 will be available exclusively on Amazon Prime Video on the abovementioned date, and subscribers to the service will be easily able to access the episode. Unfortunately, with the series being exclusive to Prime Video, other streaming options are unavailable, and viewers have to buy a subscription to the OTT platform in order to enjoy the show. Additionally, viewers will also get access to all the previous seasons through their Amazon Prime subscription.

Since the fourth season is set to follow several story arcs from the season 3 finale, the premiere episode will have a lot to unravel. For starters, the shocking cliffhanger leaves fans wishing the best for Billy, and the episode is sure to delve into his condition after Diana shoots him. On the other hand, Diana’s life, too, hangs in the balance as the show is yet to confirm her death after Stephanie pushes her off the road. Thus, we can expect the episode to shed some light on the matter.

Moreover, it has been announced the Zax family will play heavily into season 4’s plotline, and we can expect the final season to introduce themselves to the audience. The premiere episode might also explore additional story threads such as Patty’s pregnancy and Billy’s journey towards a final redemption.

Goliath Season 4 Episode 1 Cast: Who is in it?

As ‘Goliath’ is synonymous with Billy McBride, Billy Bob Thornton is set to reprise his role as the outstanding lawyer. Following him are Nina Arianda as Patty Solis-Papagian, Tania Raymonde as Brittany Gold, Diana Hopper as Denise McBride, Julie Brister as Marva Jefferson, and J.K. Simmons as George Zax.