When Will Good Bones Season 5 Premiere on HGTV? 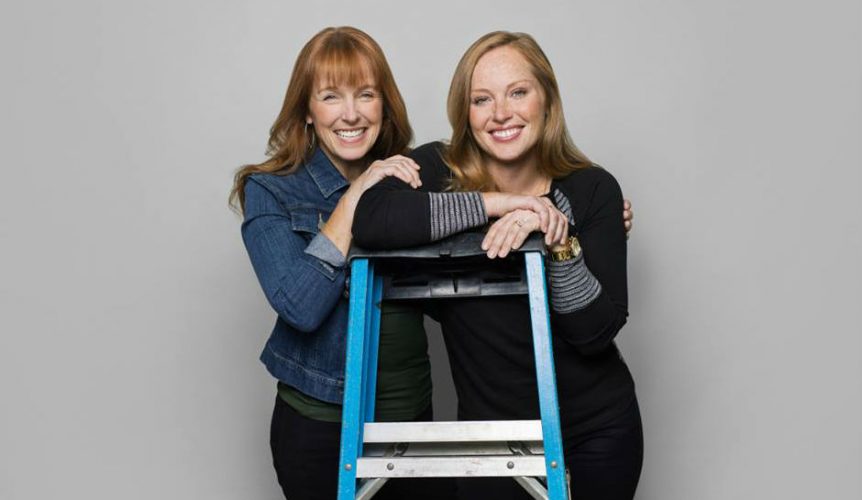 ‘Good Bones’ is an American reality television series that airs on HGTV. Although the name of the show makes it sound like its one on orthopedics, ‘Good Bones’ is actually a show about house renovation and follows a mother-daughter duo as they go about renovating homes in their neighborhood.

‘Good Bones’ is not a very recent show, and Season 1, consisting of 11 episodes, first made its way to viewers’ screens on March 22, 2016. After receiving a favorable response from audiences, HGTV renewed the show for a 13-episode second season, which then premiered on May 30, 2017. The show was again renewed, and Season 3, consisting of 13 episodes also, premiered on April 3, 2018. A couple of months after that, on June 27, 2018, Laine and Starsiak, confirmed on Twitter that ‘Good Bones’ had been renewed by HGTV for a fourth season.

Since the end of Season 4, fans of the show have been wanting to know when will they see the mother-daughter duo return to action. Here’s everything you need to know about ‘Good Bones’ season 5.

Good Bones Cast: Who is in it?

Laine is a lawyer by profession and was working as a defense attorney prior to starting the business. Being a lawyer, wife, and mother, many might expect Laine to be a very serious woman. But, she’s not – she has a wild side to herself and is known for throwing epic parties with “Fun people. Easy-to-eat food. Music. Adult beverages.”

Laine’s daughter Starsiak also comes from a very different background that one you’d expect a house renovator to have. A real-estate agent by profession, Starsiak was working as a waitress at Pizzology before she went into business with her mother. Despite being younger, Starsiak insists that she’s the more mature of the two – “She’s [Laine is] the kid, and I’m the mom,” Starsiak had told the Los Angeles Times, and had added that Laine had a fun, “hippie” personality.

Apart from Lane and Starsiak, the Two Chicks and a Hammer business is also supported by others – Starsiak’s half-brother Tad heads the demolition crew, while Lenny is the head contractor who also takes part in construction activities.

When season 5 premieres, both Karen and Mina will return to resume their original duties.

Set in Indianapolis, Indiana, the show follows the mother-daughter duo and their business as they go around renovating houses in and around their community.

Of course, owing to their very different backgrounds, neither Laine nor Starsiak had it easy when they first started the business. With no experience in renovating houses, or in construction, the duo had to teach themselves everything from scratch. When Laine and Starsiak started out, they would constantly be teaching themselves the basics of home renovation, from flooring to tiling to putting up light fixtures. The duo learned much of these activities from instruction manuals and YouTube, and the rest they learned along the way. As for demolition, well…let’s just say they were naturals. Speaking on their learning curve about demolition, Starsiak had quipped, “Well, no one has to teach you how to break sh*t.”

Even after the duo taught themselves the ropes, the job didn’t turn out to be an easy one. In most cases, the houses they are tasked with renovating are filled with human or animal excreta, and this, of course, isn’t pleasant and takes some getting used to. Speaking on their experiences, Starsiak had told Indy Star, “It’s always shocking. The houses we go in, there’s so much poop. It always amazes me. Human and animal poop.”

Further, being two women in the house renovation business, Starsiak and Laine also have to contend with rampant sexism from males who have been in the business longer than they have. However, they learned to get used to the disgusting conditions houses are often in, and learned to stand up to the rampant sexism, and as their business started making a name for itself, HGTV approached them to make a show.

As far as the show is concerned, it primarily revolves around the house renovations that Two Chicks and a Hammer undertake, while also documenting the occasional clashes that erupt between mother and daughter owing to their very different personalities. That being said, Starsiak and Laine have repeatedly emphasized that their business is not a “house flipping” business, but one that’s aimed at improving their community. To put an emphasis on this point, Laine had told Indy Star, “We truly are rehabbing neighborhoods. If we were flipping, we wouldn’t strip down to studs, install new electrical, new HVAC, new plumbing or whatever else needs to be done. This is rehab. These houses need a good 12-step program.”

Thus, the show, owing to its protagonists and its approach, distinguishes itself from other house flipping shows and is a refreshing and inspiring watch, especially if you have an interest in house renovation. As far as reception goes, ‘Good Bones’ enjoys a good rating of 7.4/10 on IMDb.

Good Bones Season 5 Release Date: When will it premiere?

As far as the next season goes, there’s good news for the fans. On August 28, 2019, HGTV renewed the show for a fifth season. Starsiak Hawk and E Laine confirmed the news on their Instagram page, which reads: “We have some VERY exciting news to share!! We have officially been renewed for Season Five of Good Bones!! Who else is as hyped as we are? We are already hard at work filming for the new season!!”

Considering the show is one of the highest-rated shows on the network, we are not surprised. You can expect ‘Good Bones’ season 5 to release sometime in May 2020. It will consist of 13 new episodes and is expected to feature Mina’s husband, Steve Hawk, as well.

While we wait for season 5, check out clips from the show on its official website right here.