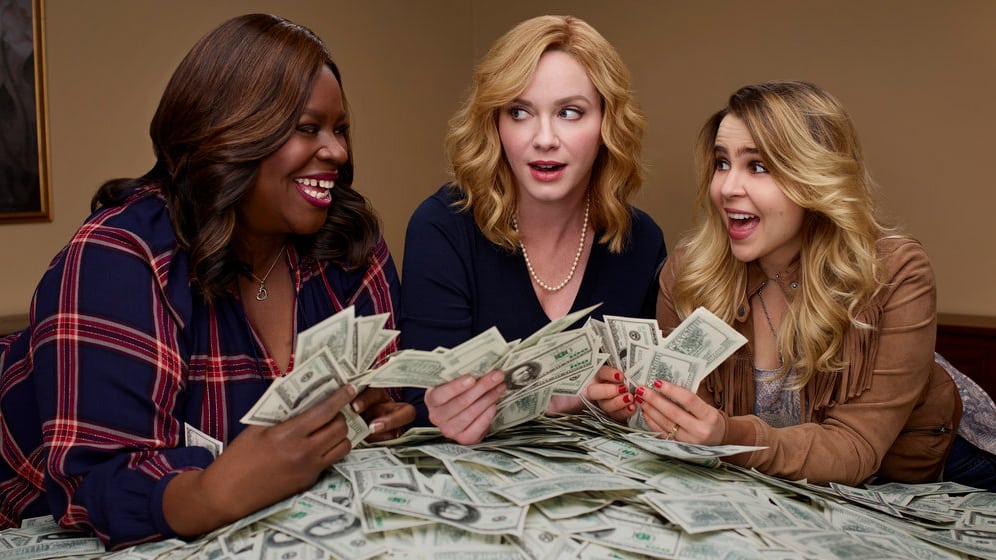 ‘Good Girls’ is an American crime comedy-drama television series that airs on NBC. Created by Jenna Bans, the show follows three cash-strapped suburban Detroit mothers who pull off a heist, but find themselves getting pulled deeper and deeper into the dark and seedy underworld of Detroit.

A fairly recent show, Season 1 of ‘Good Girls’, consisting of 10 episodes, made its way to viewers’ screens on February 26, 2018, seeing its finale air on April 30, 2018. After doing decently in terms of ratings and viewership, NBC, on May 7, 2018, renewed the show for a 13-episode second season, which started airing on March 3, 2019. Now, fans of the show are wondering whether ‘Good Girls’ will return for a third season. Here’s everything we know about it so far.

Good Girls Cast: Who is in it?

The three suburban Detroit mothers are the main protagonists of ‘Good Girls’. Leading the pack is Christina Hendricks of ‘Mad Men’ fame, and she plays the role of Beth Boland, a mother of four and a housewife with a cheating husband. Beth’s sister and mother of one, Annie Marks, is played by Mae Whitman, while Retta plays Ruby Hill, who is Beth’s best friend and also a mother of one.

The aforementioned cast members are expected to make a comeback in the next season.

Good Girls Plot: What is it about?

The show follows the three main protagonists, Beth, Annie, and Ruby, all of whom are in a financial rut and trying to make ends meet. Beth’s troubles stem from the mishandling of finances by her cheating car salesman husband Dean, and Beth finds her mortgage in default. Anne, a single mother who works in a supermarket, finds herself on the verge of losing custody of her only child, and Ruby has to contend with the burgeoning medical expenses required for the treatment of her daughter Sara’s kidney ailment.

With this premise, the show, in a ‘Breaking Bad’-esque narrative, takes viewers on a thrilling and comic ride as these three mothers, literally, decide to break bad and rob the local Fine & Frugal supermarket in a bid to put an end to their financial problems. While they pull off the heist with ease, things soon go out of hand when the three mothers get drawn into the underworld.

During the heist, the trio make it out with a whopping $500,000 – way more than they expected and require. While they initially decide to not spend too much, they end up splurging anyway, and there begins their descent into the inescapable world of crime. After spending a significant amount of the stolen money, the three women are confronted by gang members who reveal that they had been housing money at the supermarket, money that the Beth, Annie, and Ruby stole. Burdened with the responsibility of repaying the gang, Beth, Annie, and Ruby attempt to recoup the money, but still find themselves short. Unable to repay the gang, they become answerable to the gang leader Rio, who starts using his leverage over them to get favors done. Things get even more complicated when the FBI gets involved, and what follows is a mixture of soapy drama, some action, and much hilarity.

While the show’s plot uses tropes that have been used many a time before, the powerful performances by Hendricks, Whitman, and Retta gives the show a fresh flavor and makes it an entertaining watch. Beth’s chemistry with Rio is quite electric and is characterized by threats as well as flirtation. Annie, meanwhile, serves as a comic relief with her scrappy nature and anarchic streak. Ruby, for her part, is the moral compass of the three women, and keeps them from straying too far from the good path.

In terms of reception, however, the show failed to make a lasting impression among television critics, who praised the show for the strong performances by its cast, but its weak and rather cliched plot. On Rotten Tomatoes, ‘Good Girls’ has an overall score of 60%. Viewers, on the other hand, seem to have enjoyed the light crime comedy-drama much more, and ‘Good Girls’ enjoys a good overall rating of 7.9/10 on IMDb. Latoya Fergusan, AV Club TV critic, had this to write about the show: “Good Girls is the platonic ideal of a series about “normal” people who become criminals. It’s a likable and even fun show, which is especially hard when it comes to a show where people are clearly doing Bad Things.”

Good Girls Season 3 Release Date: When will it premiere?

‘Good Girls’ season 2 premiered on March 3, 2019 and ended its run on May 26, 2019. As far as the next season goes, we have good news for the fans. Good Girls has been renewed for a third season. “We’re so excited to continue following the friendship and adventures of these three incredible women while also exploring relatable issues in both funny and surprising ways,” said Lisa Katz and Tracey Pakosta, co-presidents of scripted programming at NBC Entertainment. “Congratulations to Jenna Bans, and our amazing writers, cast and crew who give these stories depth and humanity.”

Both the seasons came within a year of each other, so our best guess is that Good Girls Season 3 release date should  fall in March, 2020.  The show initially got off to a slow start. Season has an average viewership of six million, which isn’t bad, but it is not great either. Season 2, on the other hand, got off to a rather poor start, and its ratings and viewership have both dipped by more than 50%. So, it is little bit of miracle that NBC decided to renew the show. Though, the show does have a devoted fan base that might have been the reason behind renewal.

While we await news on the future of ‘Good Girls’, here is the trailer for Season 2 to give you a glimpse into the show and the story thus far.