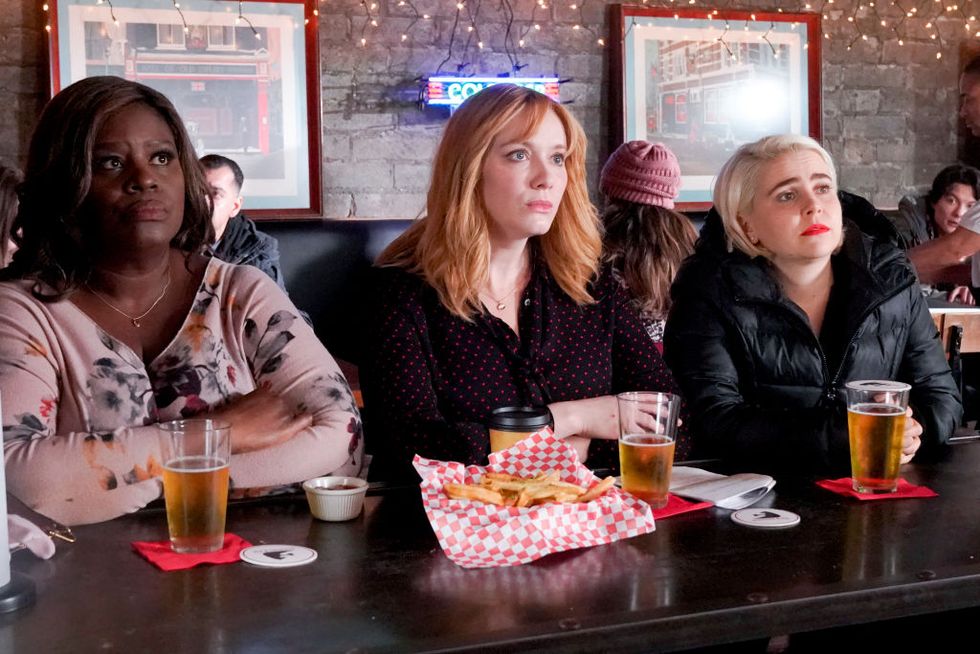 NBC’s crime-comedy drama, Good Girls, returned with its third season this week on February 16, 2020. In season 2, toward the end, we witnessed the trio of moms struggling with their career path of scheming people. Ruby, post her jeopardized relationship with hubby Stan is not keen to continue and neither is Annie who discovers that her new lover is an FBI agent. So, Beth is left alone to figure out things on her own.

As expected, season 3’s premiere sees them all in new, clean professions. But do things go smoothly as planned? Of course not! Find out what happened in the first episode in our brief recap section. And if you are already done watching it, it’s time to get ready for the upcoming week. Read on to know how and where you can watch Good Girls season 3 episode 2.

Good Girls Season 3 Episode 2 Release Date: When will it premiere?

Its official synopsis goes as follows: “Beth makes a choice that surprises those around her just as an old foe from the past returns; Annie finds a helpful outlet on her road to self-improvement.”

First things first. The best way to catch up on Good Girls season 3 episode 2 is to tune in to NBC on your tv screens at the above time slot via a cable subscription. The second option is to watch the latest episodes online on the official NBC website.

Appearances are deceptive and nothing proves the adage better than the first episode of Good Girls. While Ruby is working in a salon, Annie is employed as a valet, and Beth is engaged in a greeting card shop. Well, just a few minutes in and we see their actual plans resurface. After Beth guides out her boss Lucy out of the store, Annie and Ruby enter and begin converting papers into counterfeit dollars. But when they deposit the bills with the loan-store guy, he finds inconsistencies. Well, their first attempt is a massive let-down.

Beth has also found a new bestie in Rhea (Rio’s wife) while the latter’s son lives in the absence of his father. Rio, who had been shot by Beth in season 2, is revealed to be alive. Stan takes up a job of a security guard in a stripper’s club, in order to pay for his daughter’s medical expenses.

The trio then learns the perfect art of designing bills from Lucy, who happens to be a graphic designer. And this time, their plan is successful! Beth, guilty about shooting Rio, is found hanging around with Rhea and her son. Turner then visits Beth and when she tells the others about this, they get paranoid. Immediately, they end up burning all the counterfeit money. On the other hand, Rhea helps Beth with cash when the latter admits that she is behind on her mortgage payments. This adds an extra layer to her already existing guilt.

Toward the end, there is a heavy twist to the story. Turner and his crew arrive at an address given by Rio to investigate a storage unit. But they find nothing. A black van turns up and as the scene cuts back, we see all the agents are dead. Meanwhile, Rio enters a hotel and plans his next move to settle his scores.