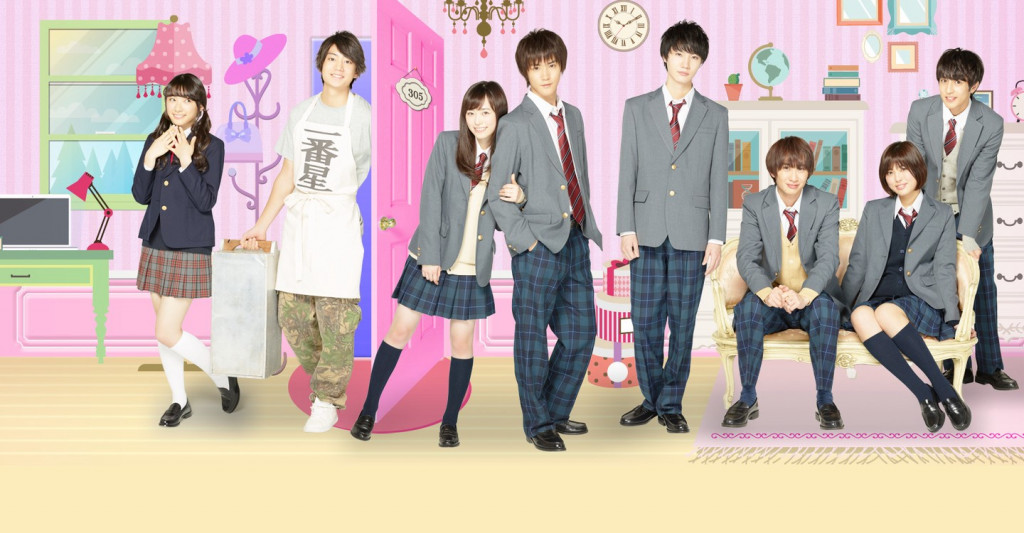 ‘Good Morning Call’ is a Japanese manga turned live-action television series that airs on Netflix (worldwide) and Fuji TV (Japan). Based on a manga series by Yue Takasuka, and written by Keiko Kanome, Yuna Suzuki, Rieko Obayashi, Yu Kanda, the show, which is set in Tokyo, follows its main characters in their formative years, and tracks their evolving relationships from high school to university.

While the manga itself is pretty old, dating back to the late ‘90s, the television adaptation is quite recent – Season 1 released in February 2016, and Season 2 followed in 2017. Since then, fans of the show have eagerly been waiting to hear news about Season 3. Here’s everything we know about it.

Good Morning Call Cast: Who is in it?

While the original manga series featured a talented list of Japanese voice actors as its main cast, the live-action series a set of young, talented Japanese actors.

Other cast members who make recurring appearances throughout the show are Koya Nagasawa as Jun Abe, Hinako Tanaka as Nanako Kusanagi, Kentaro Matsuo as Issei Sata.

If ‘Good Morning Call’ does get renewed for a third season, we expect the main cast members to make a comeback and reprise their roles.

Good Morning Call Plot: What was it about?

Like the manga, the show revolves around the evolving relationship between Nao and Hisashi. It starts off when Nao’s parents move to the countryside to take care of the family farm. With Nao still left to complete school, they let her move into her dream apartment in Tokyo. While Nao is overjoyed at first, her joy turns to frustration when she discovers that her good-looking classmate and high school heartthrob Hisashi is her flatmate. Realizing that they have both been scammed into renting the same apartment, they agree to live together in order to make the rather expensive rental payment and wait for other options to open up. However, they try to keep their cohabitation secret as neither is willing to become the focal point of gossip in school.

Unlike her classmates, Nao is not particularly attracted to Hisashi, and is frequently annoyed by his antics and cold behavior. However, as they keep living together, her frustration with Hisashi starts to give way to friendship first, and then to romantic feelings. On the other hand, we learn that Hisashi is still reeling from heartbreak following his brother’s marriage to his long-time crush, Yuri. However, after living with Nao, Hisashi starts getting over Yuri, and his aloofness slowly starts to vanish. Over time, even Hisashi falls for Nao, and ultimately, they both end up dating. Later, at university, Nao and Hisashi’s romance continues, but as they age and mature fresh challenges arise, and they find it increasingly difficult to spend time together. With other people coming into the picture, Nao and Hisashi’s relationship comes under strain, and when they ultimately break up, Nao has to try and reinvent herself.

Most of the other characters in the show serve as supporting characters to the developing romance between Nao and Hisashi. However, some of them, like Marina and Yuichi, have story arcs of their own which develop parallel to Nao and Hisashi’s changing relationship.

As far as the show’s reception among global audiences is concerned, television critics have not rated it. However, viewers seem to have enjoyed ‘Good Morning Call’, and the romantic comedy enjoys a good rating of 7.9/10 on IMDb.

Good Morning Call Season 3 Release Date: When does it premiere?

Season 2 of ‘Good Morning Call’ aired in November 2017, and as it stands, no announcement pertaining to the future of the show has been made, and we don’t know whether Netflix has plans to renew it or cancel it. Owing to the fact that it has been two years since Season 2 of the show premiered, we would place our bets on the show being canceled.

However, in the television industry, nothing can be said, and we won’t know what fate befell ‘Good Morning Call’ till Netflix makes an announcement on the same. We will update this section with news pertaining to the future of the show when the same surfaces. If Netflix does renew ‘Good Morning Call’, for Season 3 might release sometime in 2020.

While we wait for Netflix to make an announcement on the future of ‘Good Morning Call’, here is the trailer of the show to give you a glimpse into what it’s all about.