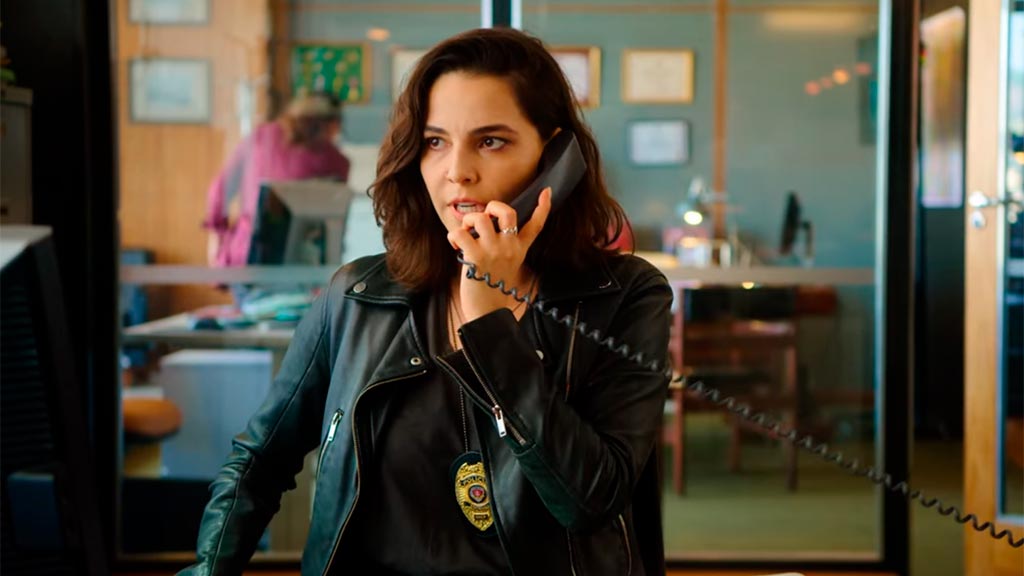 Created by Raphael Montes, Netflix’s original Brazilian crime drama series ‘Good Morning, Veronica’ attempts to unearth predatorial men who lurk under the guise of war heroes and prophets. It follows Veronica, who works as a clerk at the Homicide department in Sao Paolo, handling the daily dredge of paperwork. She has always aspired to be a detective, and when a woman kills herself in the police precinct, Veronica gets the perfect chance to prove herself.

However, Veronica’s quest for truth leads her through uncomfortable corridors and jeopardizes her own family life. The series immerses you in its sprawling journey with a stellar cast ensemble and symbolic cinematography. The cliffhanger at the end of the second season must be making fans wonder about the prospects of a third season. If it is bugging you, too, we’ve got your back. Here’s everything you need to know!

Let us now take a look at the possibility of a third installment. Since the creator has not divulged anything about a follow-up season, the future of the show is up in the air. Netflix is yet to make an announcement regarding the same. Generally, the streaming giant takes comprehensive viewership data and reception into account while deciding the fate of a production.

In most cases, the streamer usually takes around two months before renewing a series. However, looking at the production value, viewer response, and the cliffhanger at the end of the second season, a follow-up seems a definite possibility. If Netflix renews the show by the end of October 2022, we expect ‘Good Morning, Veronica’ season 3 to premiere sometime in Fall 2023.

Good Morning, Veronica Season 3 Cast: Who can be in it?

Almost all of the central cast members whose characters remain alive may reprise their respective roles in the follow-up season. Due to the nature of the show, many people die in the second season, and they may not return. In the central roles, Tainá Müller will possibly reprise her role as Veronica Torres, alongside César Mello as Paulo, Alice Valverde as Lila, and Dj Amorim as Rafa.

Among other prominent cast members, we may see Reynaldo Gianecchini (Matias), Klara Castanho (Angela), Camila Márdila (Gisele), and Esther Dias (Gloria Volp). On the other hand, Adriano Garib will not return as Victor Prata, nor will Elisa Volpatto as Anita Berlinger since both the characters are dead during the second season’s development.

Good Morning, Veronica Season 3 Plot: What can it be About?

Season 2 ends with a major cliffhanger. Matias ultimately falls from grace in the tense finale as Angela raises her voice against her father at a sermon. Gisele comes out of hiding and joins Angela in bringing the truth out in the open. Several women raise their voices against Matias, and the fate of his church seems dwindling. Furthermore, the widespread law enforcement scandal comes to light as Gloria Volp becomes the whistleblower against Matias. However, Matias still has some faithful warriors, and one of them, Dome, seems especially terrorizing. Matias sets Dome up to kidnap Lila, Veronica’s daughter.

If renewed, the third season may take the boiling tension to new heights with the significant cliffhanger. Matias will not leave the trail of Veronica, and the following season may finally reveal Dome’s identity. To the viewers’ dismay, he may turn out to be someone we already know under a different identity. With Anita and Nelson dead, Veronica will not have much help in her endeavor.

In the potential season 3, we can expect Gloria Volp to play a pivotal role in the expose, continuing her presence from the second season. Meanwhile, Veronica will have a hard time assuring her family’s safety. In any case, we can be sure that the third season will mingle the investigation with another familial narrative.