Good Omens Season 2: Everything We Know 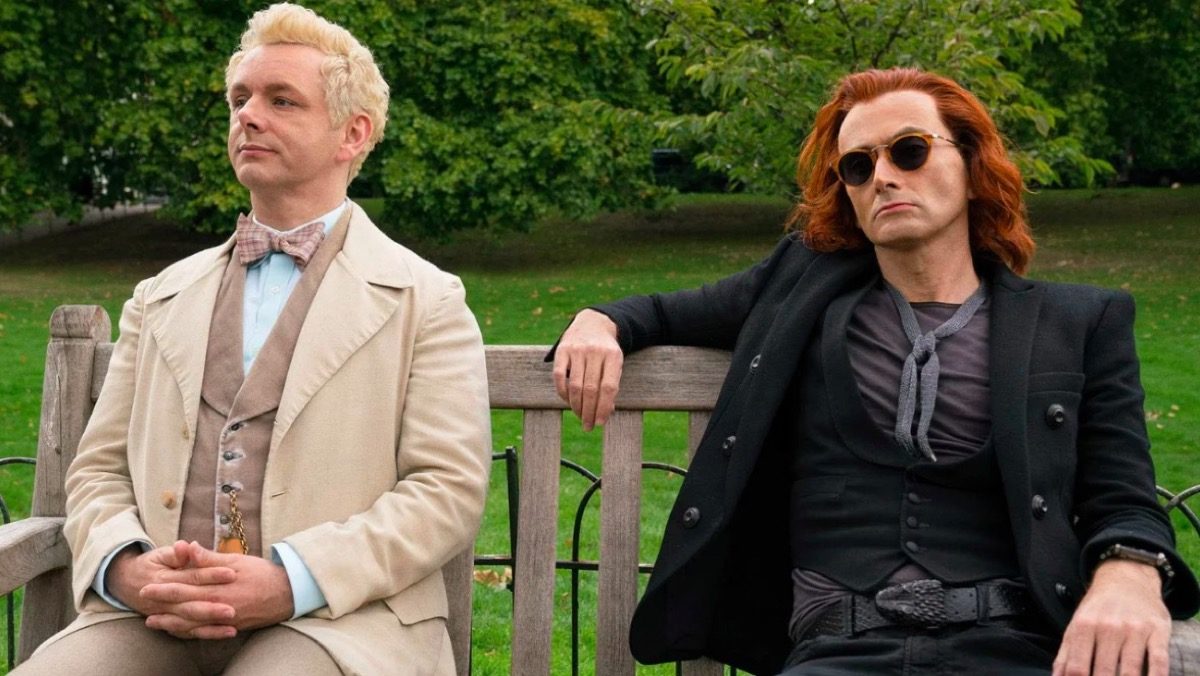 Adapted from the 1990 novel of the same name by Terry Pratchett and Neil Gaiman, ‘Good Omens’ is a fantasy drama that follows the adventures of a demon and angel on Earth. Crowley is a demon who serves Satan, while Aziraphale is an angel who represents heaven and serves God. Both of them are ambassadors on Earth. With the birth of the antichrist and the impending end of the world, it’s the ultimate war between good and evil, heaven and hell.

The first season is a mixed bag of an unknown magical universe of good and evil with a hint of wittiness we never knew we wanted! It is quite obvious that the Amazon original left fans craving for more with just six episodes. Well, here’s everything we know about Season 2.

There has been a lot of speculations behind the second season, and here’s what we know. In March 2019, Neil Gaiman spoke about the future of the series at SXSW. He said, “The lovely thing about Good Omens is it has a beginning, it has a middle, and it has an end.” The showrunner added, “Season 1 of Good Omens is Good Omens. It’s brilliant. It finishes. You have six episodes and we’re done. We won’t try to build in all these things to try to let it continue indefinitely.”

Reportedly, Gaiman and Pratchett also planned a sequel to Good Omens that they couldn’t finish. Despite it being advanced as a mini-series, in July 2020, Gaiman enthusiastically expressed his desire to continue writing for the ‘Good Omens’ television universe. However, no official announcements are made. With the pandemic hitting the industry, it has also become quite difficult for big production and fantasy dramas to be shot. If things work out and the show does get renewed, we can expect ‘Good Omens’ season 2 to premiere sometime in 2022.

Good Omens Season 2 Cast: Who can be in it?

While the new season would entirely depend on the plot and direction the series will move forward in, we can definitely expect the dynamic duo to be back, with David Tennant playing Crowley and Michael Sheen essaying the character of Aziraphale. The duo supposedly is long-time acquaintances and loved working with each other in a fantasy world, quite literally, we say! Other returning characters can include Ned Dennehy as Hastur, Anna Maxwell Martin as Beelzebub, Doon Mackichan as Archangel Michael, Frances McDormand as the voice of God, and Jon Hamm as the Archangel Gabriel.

Good Omens Season 2 Plot: What can it be About?

In Season 1, we get to witness the magnetic performances of Crowley (David Tennant) and Aziraphale (Michael Sheen), the good and evil, taking charge of Earth. Towards the end, both of them are abducted by the forces of Heaven and Hell and are now put on trial for treason. Aziraphale and Crowley are quickly sentenced to death by their masters – Crowley is commanded to bathe in holy water, and Aziraphale is demanded to walk into a pillar of hellfire.

The respective masters are unhappy that the battle between good and evil will not happen soon due to the lack of anti-christ. However, this attempt fails, and neither of them dies. It’s found out later that Crowley and Aziraphale acquire a scrap of paper that blew out of the book of Agnes Nutter’s prophecies. They use their powers to trade faces and therefore escape unharmed. The series ends with the two sharing a meal and toasting. While Season 1 tells us the present, it is likely that the second season, if made, can possibly lean towards telling us the origin story. Neil Gaiman is hopeful, and so are we!