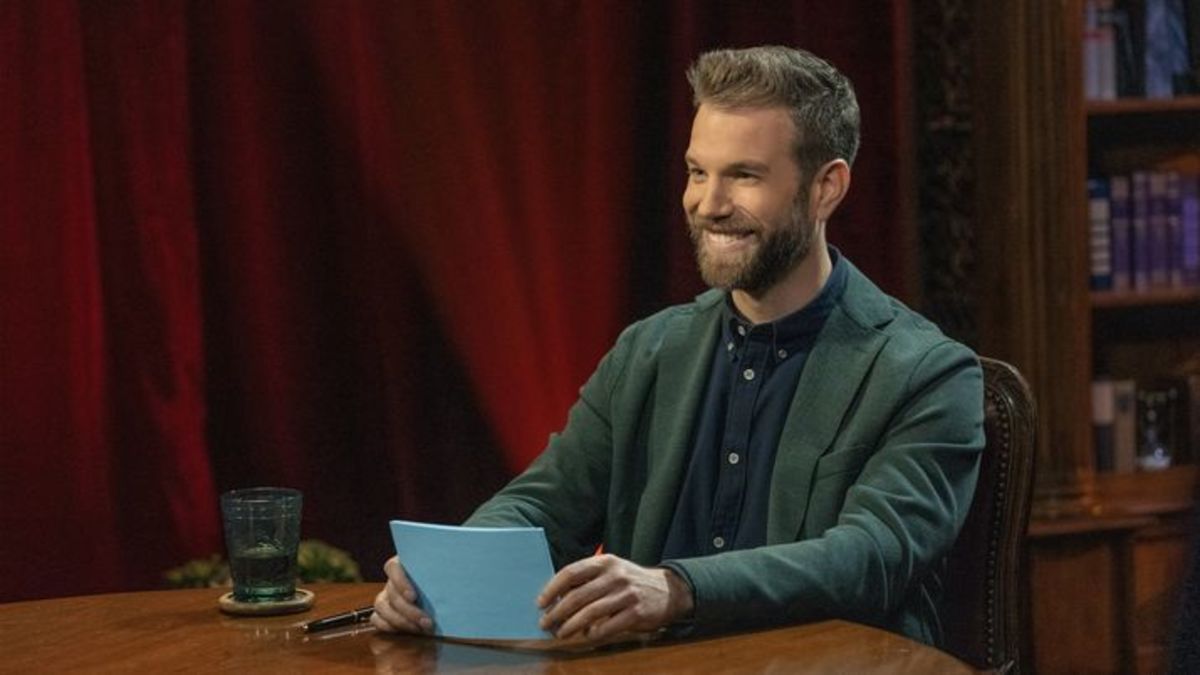 ‘Good Talk With Anthony Jeselnik’ is a limited comedic interview show wherein comedian Anthony Jeselnik interviews his friends from the industry, grilling them with his trademark tongue-in-cheek humor. The guests on Jeselnik’s show happen to be some of the most prominent names in comedy. The show features them discussing all things comedy, while Jeselnik, sitting on one end of the table, throws verbal hardballs at his pals. Some dodge them, some give them back!

The season 1 of ‘Good Talk With Anthony Jeselnik’ premiered in September, 2019, on Comedy Central, and had a fine 6-episode run, with the host managing to garner both eyeballs and terrific ratings. Jeselnik was lauded for being unapologetically razor-edged with his questions, opening perceptive conversations, being thoughtful and innovative with his segments, thus managing to keep the guests on their toes and viewers glued to their screens.

If you are amongst those who are not satisfied even after multiple reruns of the show and are eagerly awaiting another season, fret no more as we have laid down all the details on the ‘Good Talk With Anthony Jeselnik’ season 2 below!

As the show name suggests, Jeselnik is the host of the show, who talks about his guests’ careers, inside scoops, how their work influences the modern-day comics, evolution of stand-up comedy and other shoptalk. He is famous for ‘Comedy Central Roasts,’ ‘The Jeselnik Offensive,’ ‘Caligula,’ ‘Netflix special ‘Thoughts and Prayers’ and also for hosting ‘Last Comic Standing.’

His notable works include his roasts of the US President Donald Trump, actor Charlie Sheen and Roseanne Barr. Jeselnik has served as a writer for ‘Late Night with Jimmy Fallon,’ and has also participated in the season 1 of NFL Media Podcast, which goes by the title ‘Rosenthal and Jeselnik Vanity Project.’

Season 1 has Jeselnik sitting down with comedic genius’ like Nick Kroll, best known for ‘Kroll Show’ and ‘Big Mouth;’ Natasha Leggero, known for ‘The 70s House;’ Kumail Nanjiani, who has received critical acclaim for his role in ‘Silicon Valley’ and ‘The Big Sick;’ Grammy Award nominee Tig Notaro known for her comedy album ‘Live,’ Kristen Schaal, who is popular for ‘Bob’s Burgers’ and ‘Gravity Falls’ and last but not the least, David Spade, known for his show ‘Lights Out with David Spade’ and his performances on ‘Saturday Night Live.’

What is Good Talk With Anthony Jeselnik About?

Call him offensive or cocky, no matter what you say about the man, Anthony Jeselnik has made his mark in the world of comedy. He may not care about your feelings when he hurls jokes at you, but he certainly cares about the feelings of his jokes and how they land. The cheeky smile on his face when his questions catch the guests off-guard and the expressions when they shock him in return, are both contagious and will leave you smiling wide.

If you are an ardent comedy talk show fan, you would notice the striking similarities between Jeselnik’s show and the comedy OGs – Zach Galifianakis, in ‘Between Two Ferns’ is clueless on purpose, uninhibitedly interviewing the guests, taking jibes at them without the fear of being rude as it’s his basic character on the show. His performance seems slapdash but in reality, it involves meticulous planning. Apart from Zach, Stephen Colbert adopts a pugnacious identity while interviewing guests on his show, ‘Colbert Report.’

Good Talk With Anthony Jeselnik Season 2 Release Date: When Will it Premiere?

The show has been renewed for another season by Comedy Central and ‘Good Talk With Anthony Jeselnik’ season 2 is expected to release sometime in September 2020.

Talking about Jeselnik’s approach towards the show, Sarah Babineau and Jonas Larsen, co-heads of original content at Comedy Central said, “Anthony has a knack for wit and irony in the flow of conversation, which makes him a hilarious and great interviewer. It’ll be a treat to see him continue to push boundaries with an all-new lineup of comedian friends.”

Expressing his excitement for the renewal, Jeselnik said, “I love making this show and look forward to continuing Comedy Central’s unprecedented winning streak through 2020.”

He also took to his Twitter handle to announce the news.

Excited to finally get to announce this news. https://t.co/WRHzohKqvf

Before the trailer for Season 2 drops, check out the Season 1 sneak peek on Comedy Central!