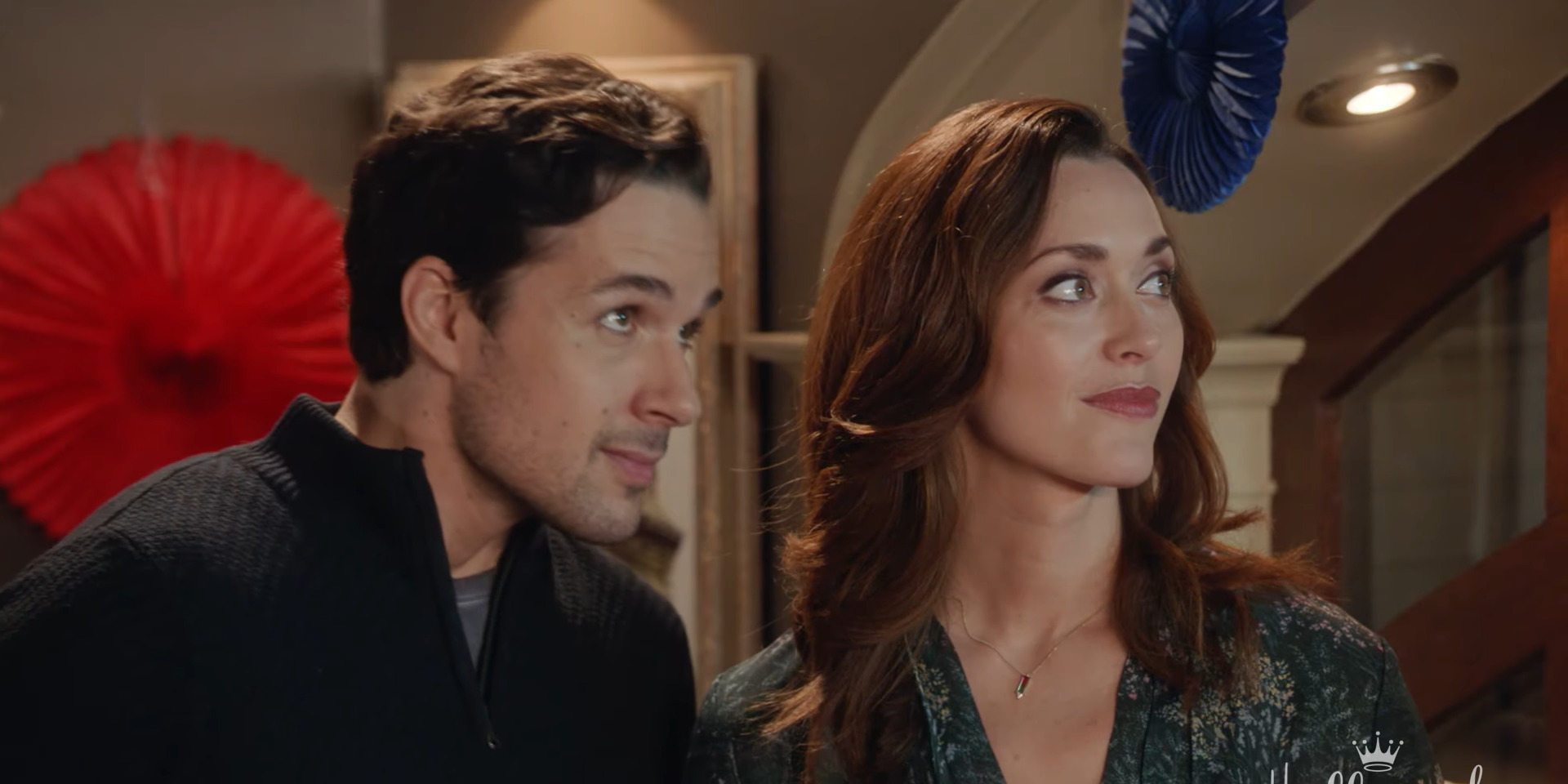 ‘Good Witch’ season 6 has seamlessly inaugurated multiple story-lines since the departure of Bailee Madison’s character, Grace Russell. A lot has happened since Cassie’s daughter enrolled at her alma-mater, Wellingsley College to pursue her fashion career. And in the latest episode, Sam informs Adam about the tumor in his spine, adding that it needs to be operated at the earliest. Although nervous and scared, Stephanie gives Adam the mental strength he needs for the surgery. Meanwhile, Cassie gives an interview for a teaching job related to French impression. At the canteen, she helps in solving a student’s problem by using a mandala. After facing rejection initially, Cassie lands the job because of her unique teaching methods.

Meanwhile, Joy learns about Abigail and Donovan’s Merriwick curse and offers to help. The couple begins their investigation regarding the diamond and reaches the Middleton clock tower, where they get their hands on a monocle. With Sam’s assistance, they realize it resembles an Ovaltine watch! Martha’s son Dylan and his pregnant wife, Claire, come to town. Although Martha is elated over their presence, her relationship with her daughter-in-law kicks off to a rocky start.

Cassie advises Martha not to be so hard on Claire because, by doing so, she is unintentionally reflecting the behavior of her own mother-in-law. Carter seeks Joy’s help to dress up for dinner with his girlfriend, Mia, and her boss. On the outing, he realizes that Mia doesn’t love him for who he is, and they break up. In case you’re wondering: what can happen in ‘Good Witch’ season 6 episode 6? We are here to help you out.

You can watch ‘Good Witch’ season 6 episode 6 by tuning to Hallmark Channel at the above-mentioned time. You can also catch the show on Hallmark Channel’s official website and on the Hallmark app. If you don’t have a cable subscription, you can watch the show on Philo TV, DirecTV, and Fubo TV. Previous seasons of ‘Good Witch’ are also available on Netflix. You can also purchase the episodes on Amazon Prime. Another way you can stream the show is streaming it on Sling TV.

The upcoming episode is titled ‘The Dream.’

It seems like fans might get to witness a musical performance in the next episode. While Cassie, Sam, and Stephanie might be enjoying their buffalo wings and wine, Martha might rush to them with a predicament. After canceling the French musical entertainment band, Martha will be looking for a musical duo that can help get her out of the dilemma. On learning that, we can expect Cassie to urge Sam and Stephanie to perform as a band, as the former plays a mean guitar, and the latter is a fantastic singer.

On the other hand, Adam will come out of the operation theater healthy and sound. However, a few complications may arise, causing distress and fear. Joy might confess to Cassie about her dreadful dream in which her cousin, Abigail, breaks up with Donovan. Although Cassie might ask Joy to avoid focusing her energy on the negative dream, Joy might get worried and take matters into her own hands, going against her sister’s warning. Also, George might give his love life another chance.