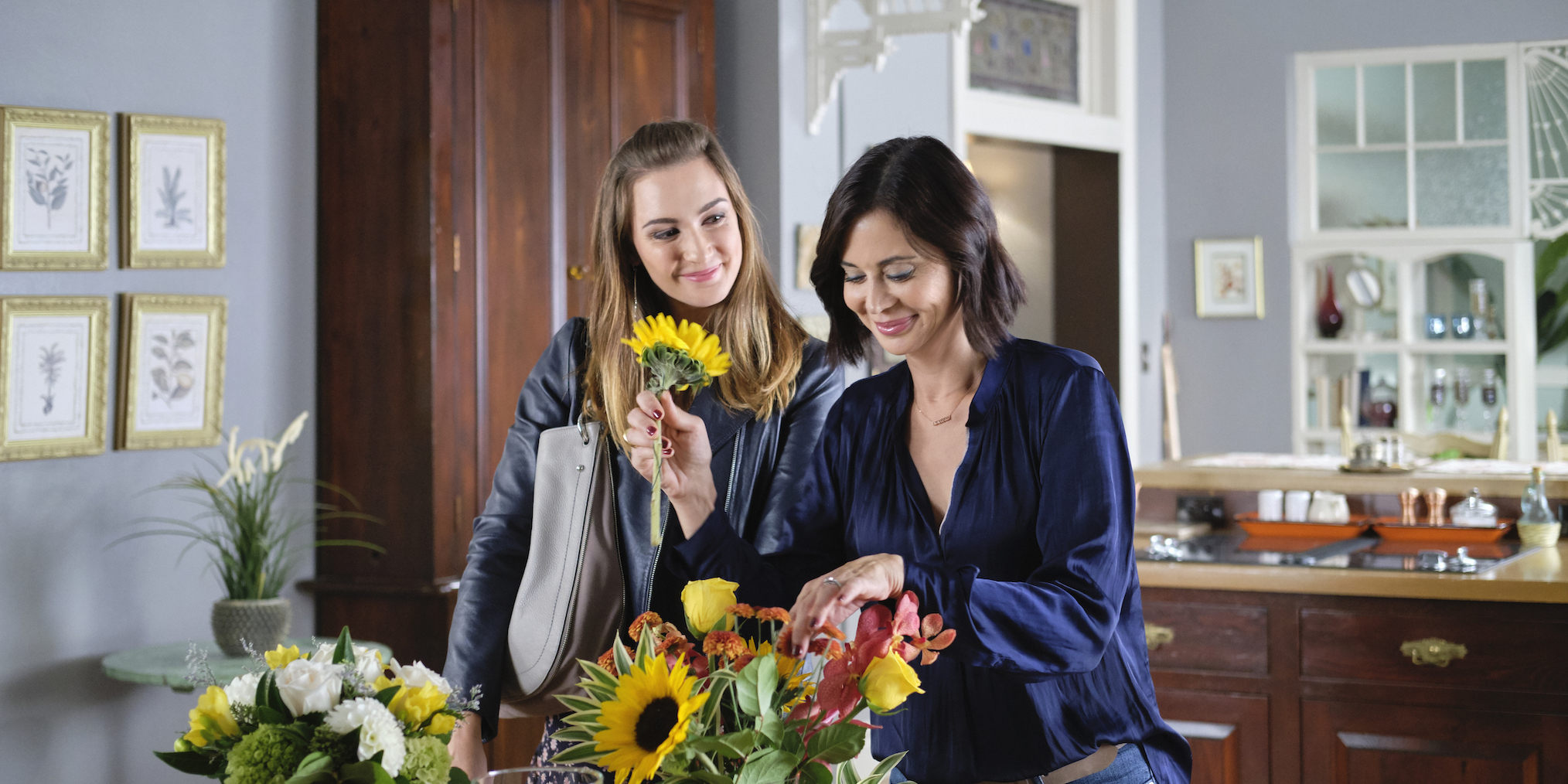 Since its premiere on February 28, 2015, ‘Good Witch’ has been producing entertaining content that revolves around the lives of the residents of the idyllic town of Middleton, especially the family of the good-hearted witch, Cassie Nightingale. The sixth season has managed to maintain the show’s trademark feel-good vibe. In episode 8, Cassie invites Kenny Cooper the Chocolate King to serve as the keynote speaker at Grey House’s chocolate festival. The expert is mind-blown upon tasting Joy’s cupcakes but the sisters refuse to share the family recipe. After a while, Cassie spots Kenny stealing the recipe from the Grey House but he later confesses to his wrongdoings and Cassie forgives him.

Elsewhere, George and Martha win a bowling competition. Sam feels dejected when his co-worker doesn’t pay heed when Sam warns him against the practices of the newly hired surgeon. Cassie advises him to be patient and make his co-worker listen. A new problem arises when Abby’s college flame comes to visit and straightaway proposes her to fulfill a pact they made in college, which stated that if they were to be single, years down the line, they would marry each other. However, he later seems uninterested. Donovan cracks the code and reveals to Abby, Cassie, and Sam that the clue says, “hidden in plain sight.” In case you are curious to know the details of ‘Good Witch’ season 6 episode 9? We have got your back!

You can watch ‘Good Witch’ season 6 episode 9 by tuning to Hallmark Channel at the above-mentioned time. You can also catch the show on Hallmark Channel’s official website and on the Hallmark app. If you don’t have a cable subscription, you can watch the show on Philo TV, DirecTV, and Fubo TV. Previous seasons of ‘Good Witch’ are also available on Netflix. You can also purchase the episodes on Amazon Prime. Another way you can stream the show is streaming it on Sling TV.

The upcoming episode is titled ‘The Loft.’

In the penultimate episode, Cassie and her friends will fly down to Chicago for two days to relax and unwind from their busy lifestyles. They will head to a restaurant to savor a unique gastronomical feast. Everyone will be very excited to try the usual egg in an unusual fashion. Joy, being the enthusiastic one will be the most eager to know how the chef can use an egg and convert it into an artistic endeavor, which is a sumptuous union of water and earth. Abby might come across Joy’s business partner who might shock her by revealing that she and Joy are related as well.

Meanwhile, an emergency can arise as a result of the failure of the techniques of the newly hired surgeon, causing Sam to assist him in the operation. Donovan will delve deeper into cracking the clue and might reach closer to fulfilling their mission, which is to break the Merriwick curse. Adam might confess to Sam that the doctor’s are sensing a theme that might worsen his condition. He might jot down the points that state the pros as making a difference and helping those in need, while the con is not being around Stephanie.