Good Witch Season 6: What to Expect? 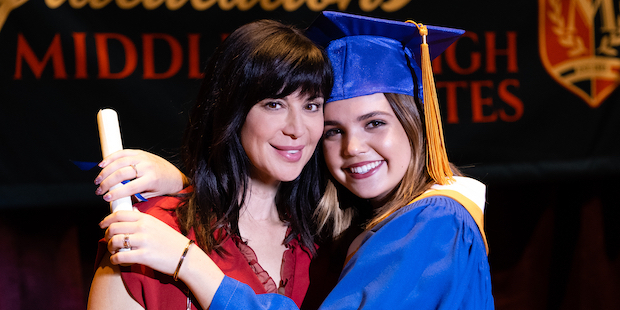 ‘Good Witch’ is a fantasy dramedy series that revolves around Cassie Nightingale, a kind-hearted witch, and her teenage daughter Grace, who possesses magical intuition, as they try to move on with their lives after the death of Cassie’s husband, Jake. Based on the eponymous TV movie franchise, the show has been Hallmark Channel’s most popular original series, since its inception in February 2015. The show consistently surpassed the viewership of hit shows like ‘Fargo,’ ‘Silicon Valley,’ ‘Veep’ and ‘Pretty Little Liars,’ in the year 2017.

Owing to the lucrative success of the light-hearted magical drama, the cable network has produced five seasons and five specials. Season 5 concluded in August 2019, and since then, fans are wondering: when will ‘Good Witch’ season 6 release? Well, we might be able to answer that. Keep reading!

Good Witch Season 6 Cast: Who is in it?

Season 6 will see the return of Catherine Bell, who plays the protagonist, enchantress Cassie Nightingale. Along with Catherine, James Denton will come back to essay the character of Dr. Sam Radford, Cassie’s sweet neighbor and now, husband. Rhys Matthew Bond will reprise the role of Sam’s son Nick Radford. Sarah Power will be back to play Cassie’s cousin, Abigail Pershing.

The other returning cast members include Catherine Disher as Martha Tinsdale, Kylee Evans as Stephanie Borden, Marc Bendavid as Donovan Davenport, Scott Cavalheiro as Adam Hawkins, Peter MacNeill as George O’Hanrahan, Paula Boudreau as Dotty, Lolita Davidovich as Autumn Deveraux, Catherine Disher as Martha, among others. One of the show’s leads, Bailee Madison, quit the show in July 2019, and won’t be returning to play her role as Cassie’s daughter, Grace Russell.

Good Witch Season 6 Plot: What can it be About?

In the season 5 finale, Stephanie strives to strike a balance between running her food truck efficiently and salvaging her relationship with Adam. Donovan confesses his feelings for Abigail but fails to get a response from her because of the families’ curse. Sam and Martha finally find the Middleton treasure, which is nothing but a prestigious gem. Grace and Nick graduate from school and gear up to embark upon a new phase in their life. After learning about Grace’s love for fashion designing, Cassie gifts her a sewing machine from the Merriwick family’s treasure, as she heads off to college to pursue her career in fashion.

In season 6, Sam might be in pursuit of the best gift for Cassie on their first wedding anniversary, one that can match up to the gift Cassie has given him. Martha and Dotty might engage in a bidding war over the mayor’s mansion. We can expect Abigail and Donovan to make a startling discovery about their families’ curse. Cassie might open the doors of Grey House to an enigmatic guest who has come to Middleton, on a shady mission.

Check out the previews for ‘Good Witch’ season 6!