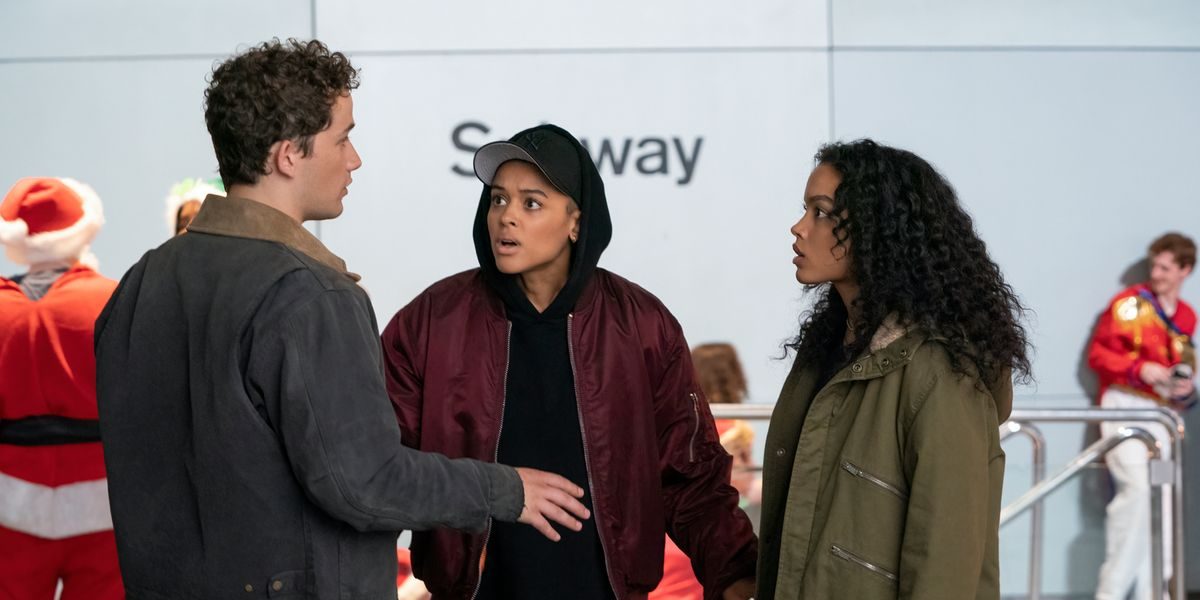 ‘Gossip Girl’ reboot continues the tradition of its predecessor by featuring a Thanksgiving-themed entry in the form of the seventh episode. In stark contrast, instead of sabotaging each other, the gang and their parents gather around for an eventful dinner and share confessions. However, Julien’s confession about kissing and then sleeping with Obie breaks her sister’s heart. While Julien and Zoya continue their on-again, off-again sisterly dynamic in the eighth episode, Julien finds a disturbing secret about her father. In the following episode, Julien gets completely swept into a simmering scandal.

Elsewhere, Max, Audrey, and Aki each explore their sexuality and vulnerability while Kate has a hard time dealing with the moral implications of being Gossip Girl. With just three episodes left in the season, things are about to get a lot worse for our Upper East Side teenagers, and their lives are about to drown in chaos. If you cannot wait to watch what happens in the next installment, here’s everything that’s in store for ‘Gossip Girl’ episode 10!

‘Gossip Girl’ episode 10 is slated to release on December 2, 2021, at 3 am ET on HBO Max. The eleventh episode and twelfth one (which is also the season finale) will debut on the service on the same day at the same time. Episodes 7-9 of the debut season were released together on November 25, 2021. Season 1 of the teen drama consists of twelve episodes with a runtime of 56–59 minutes each.

To watch the final three episodes of ‘Gossip Girl’ season 1, head over to HBO Max. The new episodes will become available to subscribers of the service starting from the date and time stated above. Episodes 10-12 can also be streamed with the help of Hulu, Amazon Prime, Spectrum, DirecTV, and Xfinity, provided you have subscribed to HBO Max through these platforms.

Episode 10 of ‘Gossip Girl’ is titled ‘Final Cancellation’ and signals more trouble in paradise for Julien. It will deal with the cliffhanger ending of episode 9, in which Gossip Girl posts an edited video that makes it appear like Julien is silencing her father’s victims. However, that is far from the truth as Julien is only trying to wait for the right time for the victim, Riley’s testimony, to come forward. Julien fully supports Riley and has spoken out against her father. Therefore, Julien’s relationship with Davis might break down, and she could move out of the house.

The eleventh episode is titled ‘You Can’t Take It with Jules’and it suggests Julien will try everything in her power to bring the truth about her father’s alleged misconduct to light. The lack of evidence against Davis is keeping him safe for now, but that could change soon. Meanwhile, Zoya and Obie will have to deal with the fallout from their breakup. On the other hand, Max might have another downward spiral while processing his parents’ separation.

The season finale is called ‘Gossip Gone, Girl,’ which could hint at a tragic and sad fate for Kate and the teachers who run the Gossip Girl. Their secret might finally come out, and one of them will have to take the fall for the sake of others. That person could turn out to be Kate. We will likely get a hint of the future of the love triangles between Julien, Zoya, and Obie and Aki, Audrey, and Max. We expect the storyline revolving around the allegations against Davis will come to a conclusion in the season finale.