Grace and Frankie Season 7: Everything We Know 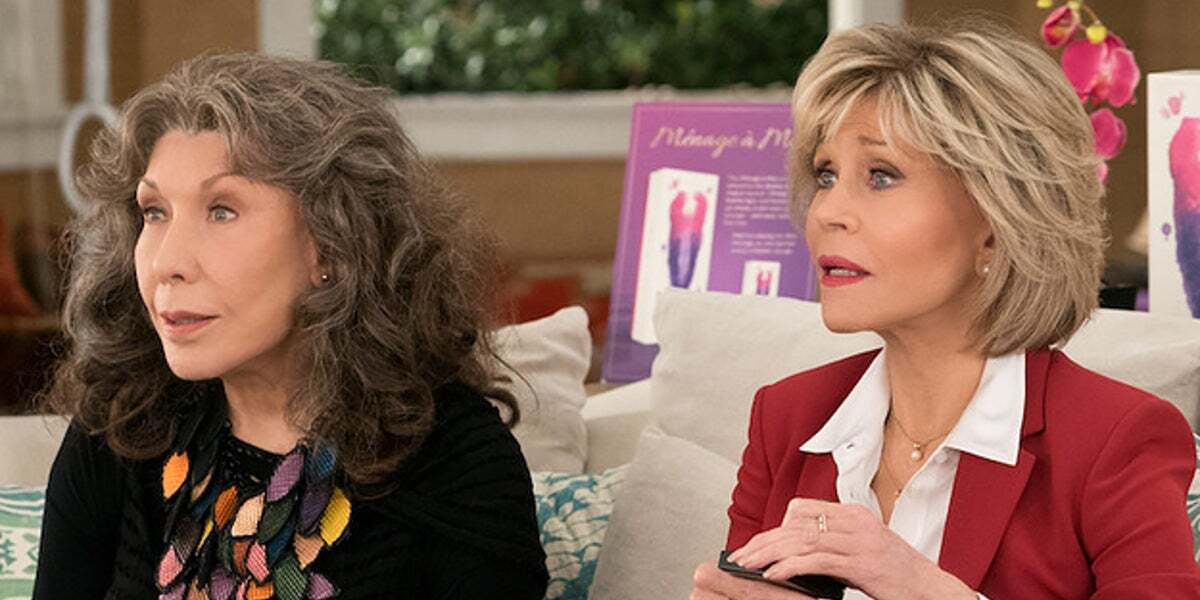 Conceived by the brilliant duo of Marta Kauffman and Howard J. Morris, ‘Grace and Frankie’ is an often hilarious and always compelling roller-coaster ride, driven by the sheer energy of its veteran cast ensemble. The premise of the Netflix comedy-drama series is pretty impressive – two women who don’t go along quite well are forced to live under a single roof when their law-firm owner husbands leave them, not for other women, but each other. Under the circumstances, the two women are left to come to terms with their precarious situation.

After the show’s initial premiere in May 2015, it has spawned six seasons, being one of the longest-running Netflix shows ever. Critics have praised the dramedy for its timely tackling with two underrepresented communities under the garb of humor. After binge-watching the sixth season in 2020, you must be eagerly waiting to see the quartet back on the screen. If you are snooping around for the details regarding the seventh season, let us tell you things we already know.

‘Grace and Frankie’ season 6 premiered in its entirety on January 15, 2020, on Netflix. The season comprises thirteen episodes with episodic runtimes ranging between 25 and 35 minutes.

Let us move forward to the development details of the seventh season. On September 4, 2019, months before the premiere of season 6, the popular streaming platform announced the bittersweet news of the show’s renewal and cancellation following the seventh season. It is unclear why Netflix axed the show, and the creators have not commented on it either. However, many critics felt that the show does not do full justice to the representation of the LGBTQIA+ community by putting the focus (sometimes exclusively) on the female protagonists.

Some also drew similarities between the show and ‘Transparent,’ while the chemistry between the characters could have been better formulated for some. Money could also be an issue behind the show’s discontinuation. Apart from these seeming glitches, it is safe to assume that the show has run its destined course after six seasons and widespread recognition. However, on a positive note, the seventh season will have three more episodes than the usual count, making it a total of 16 episodes.

Although production for the final chapter began on March 12, 2020, it had quite a few hiccups due to the onset of the COVID-19 pandemic. However, production resumed again in June 2021, and according to an Instagram post by series co-director David Warren, the filming for the season wrapped up by July 17, 2021. Going by the release schedule of the previous seasons, the post-production takes up around five to six additional months. All things considered, we expect ‘Grace and Frankie’ season 7 to premiere sometime in early 2022.

Grace and Frankie Season 7 Cast: Who is in it?

Jane Fonda (Grace) and Lily Tomlin (Frankie) take the helm of the acting department in this riveting comedy. They are undoubtedly coming back for the final haul. Sam Waterston is set to take up the role of Frankie’s ex-husband Sol Bergstein, with Martin Sheen essaying the character of Grace’s ex-husband and Frankie’s beau Robert. Among the next generation members, we shall see Brooklyn Decker (Grace and Robert’s second daughter Mallory) and June Diane Raphael (Mallory’s elder sister Brianna).

Ethan Embry and Baron Vaughn will reprise the roles of Frankie and Sol’s elder and younger adoptive son Coyote and Bud, respectively. Moreover, in an exciting revelation, the country music maestro Dolly Parton will make a guest appearance in season 7, reviving her partnership with Fonda and Tomlin from ‘9 to 5.’ Her appearance was a long time coming, and the final season will ultimately make it happen!

Grace and Frankie Season 7 Plot: What is it About?

The sixth season has its highs and lows, all coming down to a hilarious conjecture in the season finale. “The Rise Up” toilet plan has backfired, making Sol and Robert’s residence uninhabitable. After Robert saves the local theatre in a good samaritan act and Sol squanders most of his money on a fancy motorcycle, both of them are broke. Finally, they come up with the solution to move to the house of Grace and Frankie.

Grace’s new husband Nick is meanwhile spending jail time for a white-collar crime, while Grace and Frankie are over the moon to find their disdained sofa stuffed with cash. Grace is forced to reconsider her marriage with Nick, while Brianna and Barry come on the brink of breaking up. In the final moments, however, she has a change of heart.

The near-perfect ending of the sixth season keeps the fans hooked for what is to come. The seventh season will begin right in the aftermath of the previous season and will see the four-quartet living under the same roof for the first time since their separation. This turn of events will surely inject some more hilarious moments in the dramedy. Also, as Frankie points out, it won’t be long before Nick comes out of the jail, and he will come looking for his stash. After Brianna and Barry’s reconciliation in the sixth season, fans may also look forward to another wedding in the family, and we can’t be more pumped!

Read More: Is Grace and Frankie A True Story?