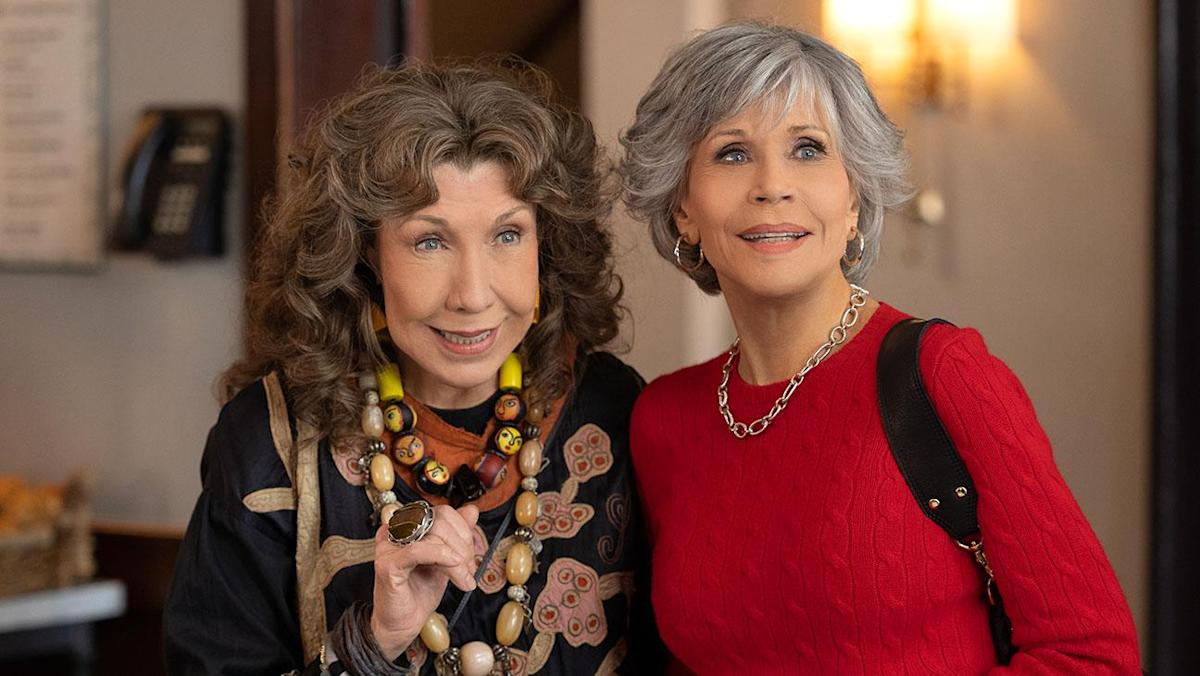 Created by Marta Kauffman and Howard J. Morris, ‘Grace and Frankie’ is a comedy series about the titular characters Grace Hanson and Frankie Bergstein, who could not be more different. They barely tolerated each other for years only because their husbands have been business partners. But when their husbands reveal that they are gay and want to marry each other, Grace and Frankie’s lives are thrown into chaos. As they ride the ups and downs of their lives together, the two ladies become inseparable.

First released on May 8, 2015, the show initially received mixed reviews. However, it went on to garner a large and loyal fanbase, thanks to its heartwarming storyline and interesting characters. The comedy series earned numerous awards, including the Primetime Emmy Awards and Golden Globe Awards. So, after breezing through the seventh round, you must be wondering what is in store for the show. Will there be a season 8? Well, here is everything we can tell you.

‘Grace and Frankie’ season 7 premiered on August 13, 2021, on Netflix. However, the larger and final set of episodes of the season landed on April 29, 2022. The show’s seventh installment consists of 16 episodes that run for 26-33 minutes each.

As for the show’s potential eighth outing, here is what we have learned, and you might want to brace yourselves for this. On September 4, 2019, the show was greenlit for its seventh edition, also meant to be its final round. In January 2020, Kauffman revealed that ending the show was not entirely a creative decision. “It was a combination of things,” she stated.

7 years. 2 friends. One crazy ride. The final episodes of Grace and Frankie premiere April 29th, only on Netflix. pic.twitter.com/XBpv8wcocx

Kauffman continued, “Netflix isn’t doing long-term series anymore. And we are really lucky that we got the seventh season. I think when we started, we imagined seven seasons. But, really, this is the kind of decision that comes from Netflix.” Although the series co-creator was sad about it, she felt that the decision made sense.

In April 2022, Kauffman shared other possible reasons Netflix decided to pull the plug on the show. She told Deadline, “I think it would be hard to sell Grace and Frankie right now. It’s a little scary that there may not be more shows with women at a certain age.” She even explained that the series was conceived to “walk a line between drama and comedy,” which is supposedly not what viewers are looking for now.

Nevertheless, according to Kauffman, there were no hard feelings between the streaming giant and the team behind the popular comedy series. “Shows have a life span,” she conceded. “We felt like we told stories we wanted to tell. I mean, if there were a circumstance where we wanted to end it before Netflix did, then we would’ve had a very large conversation with Jane and Lily. But that’s not how it happened. And it’s okay. There’s nothing I regret missing.” Therefore, ‘Grace and Frankie’ season 8 stands officially canceled.

With that being said, ‘Grace and Frankie’ has set a benchmark for all shows on Netflix. With 94 episodes under its belt, it has become the longest-running series on the streamer. In a joint statement, Kauffman and Morris said, “It’s thrilling and somehow fitting, that our show about the challenges, as well as the beauty and dignity of aging, will be the oldest show on Netflix.”

Moreover, the lead stars Jane Fonda (Grace) and Lily Tomlin (Frankie) expressed that they were “both delighted and heartbroken” by the news of the show ending. However, they were grateful that the series managed to shine a light on the issues that have connected generations. The award-winning actors also said that they would miss their onscreen characters just as much as fans, but they will continue to be around. On that note, we would like to remind you that the series is a part of Netflix’s streaming library, which means that you can revisit your favorite moments from the show at your convenience.