When Will ‘Grace vs Abrams’ Return to A&E Network? 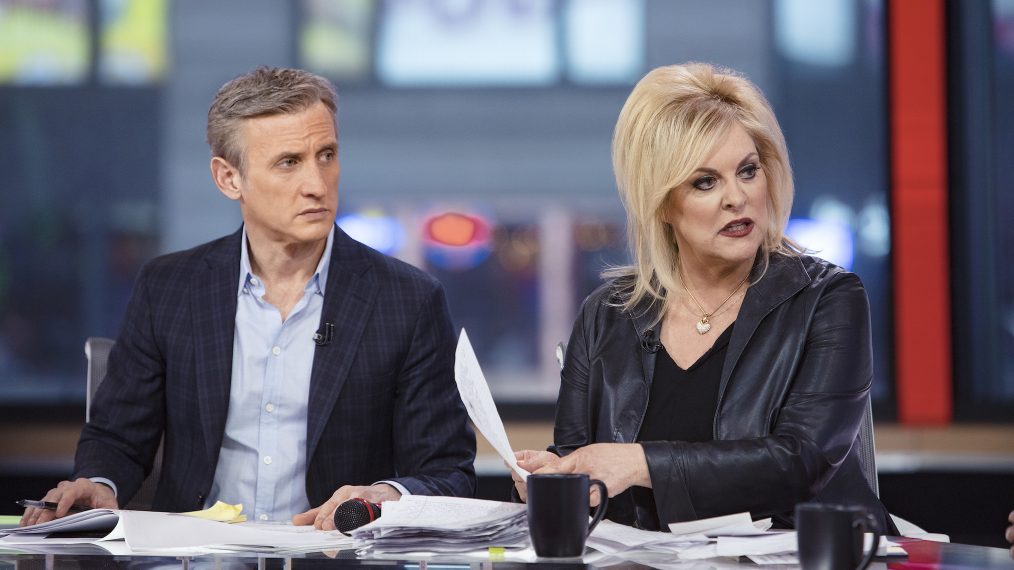 ‘Grace vs Abrams’ is a documentary-style television series by A&E Network. It features debates between two of America’s top attorneys, Nancy Grace and Dan Abrams, in front of a live audience as they revisit some of the most high profile cases that are left unsolved.

Grace and Abrams try and crack legal cases by visiting crime scenes, collecting proof, with the help of short clips and footages, and merits from both sides of cases and provide a comprehensive explanation to the viewers and studio audience about their claims.

The crime tv series first debuted on March 29, 2018, on A&E Network. Now the question is, will there be a ‘Grace vs Abrams’ Season 2? We will delve into that question, but first, let’s quickly look into the details of the series.

Grace vs Abrams Cast: Who is in it?

Nancy Grace is a former prosecutor with an unparalleled record of success. She has been a strong advocate of victims’ rights and is one of television’s most respected legal analysts. She was the spearhead behind CNN’s top-rated show ‘Nancy Grace’. She is also a New York Times best selling author of four books. In 2011, she was named one of the most impactful and powerful women by The Hollywood Reporter and Variety Magazine. She also hosts a daily podcast and runs a digital platform called Crime Online.

Dan Abrams is the second half of ‘Grace vs Abrams’. He is the founder of Abrams Media and is also the Chief Legal Analyst for ABC News. In 2011, Abrams published his first book titled, ‘Man Down’ which made it to the Washington Post bestseller list. He is also the author of another book titled, ‘ Lincoln’s Last Trial’. Besides this, he is also the founder of eight separate web properties. The Abram Media Network serves up to 15 million unique visits per month.

What is Grace vs Abrams About?

‘Grace vs Abrams’ follows two of the most prolific prosecutors and legal personalities as they try to dissect some of the most high profile legal cases that rocked America. Very often, a legal system, no matter how strong, fails at delivering justice.

This has happened across the world, and sometimes these trials are much-publicized due to their controversial nature. The prime reason for such failures is often the lack of evidence or faulty investigations that allow the suspects to slide through and escape the law. A&E Network’s ‘Grace vs Abrams’ aims at re-visiting such cases and re-investigate collected evidence.

The two prosecutors, Nancy Grace and Dan Abrams engage in a debate in front of a live audience. They are prolific in their ability to analyze a legal situation and very often put forward statements that contradict each other. As viewers, ‘Grace vs Abrams’ is a treat to watch as we get to see a very new perspective each time they put forward their opinions.

The debates usually are heated but the two prosecutors do not tend to drift from their prime purpose of delivering justice. The live audience setting gives the show a reactive feel. Some of the cases explored in the show include the case of Casey Anthony, who was found not guilty of murdering her own daughter, the case of the disappearance of Nancy Grace, and the murder of Chandra Levy.

These are some of the most publicized cases in America involving prominent figures. The cases, however, are either unsolved or have an unsatisfactory verdict. The show also re-visits the murder of actor Robert Blake’s wife, Bonny Lee Bakley. Robert was charged of murder but was later acquitted due to a lack of evidence.

Both Grace and Abram put forward their perspectives on the case as the debate heats up. The show manages to sharply pierce the gaps in these cases as questions are raised by both prosecutors that shake the foundations of all the evidence collected.

‘Grace vs Abrams’ is one of the most intelligent shows out there. The genius of the show comes out only because of its prolific legal minds. If you are someone who enjoys the strategic thought that goes behind legal investigations, this is one show you should not miss.

Grace vs Abrams Season 2 Release Date: When will it premiere?

‘Grace vs Abrams’ Season 1 premiered on A&E Network on March 29, 2018, and ran until May 8, 2018, for six episodes. The show received critical acclaim and was lauded by critics and legal personalities.

Season 2 is yet to be announced by A&E Networks. However, given the positive reviews Season 1 received, we can be sure ‘Grace vs Abrams’ Season 2 is set to release sometime in 2020. We will keep you posted as we find out more.

Here’s a clip from one of the episodes of ‘Grace vs Abrams’ that will give you an idea of the nature of the show.