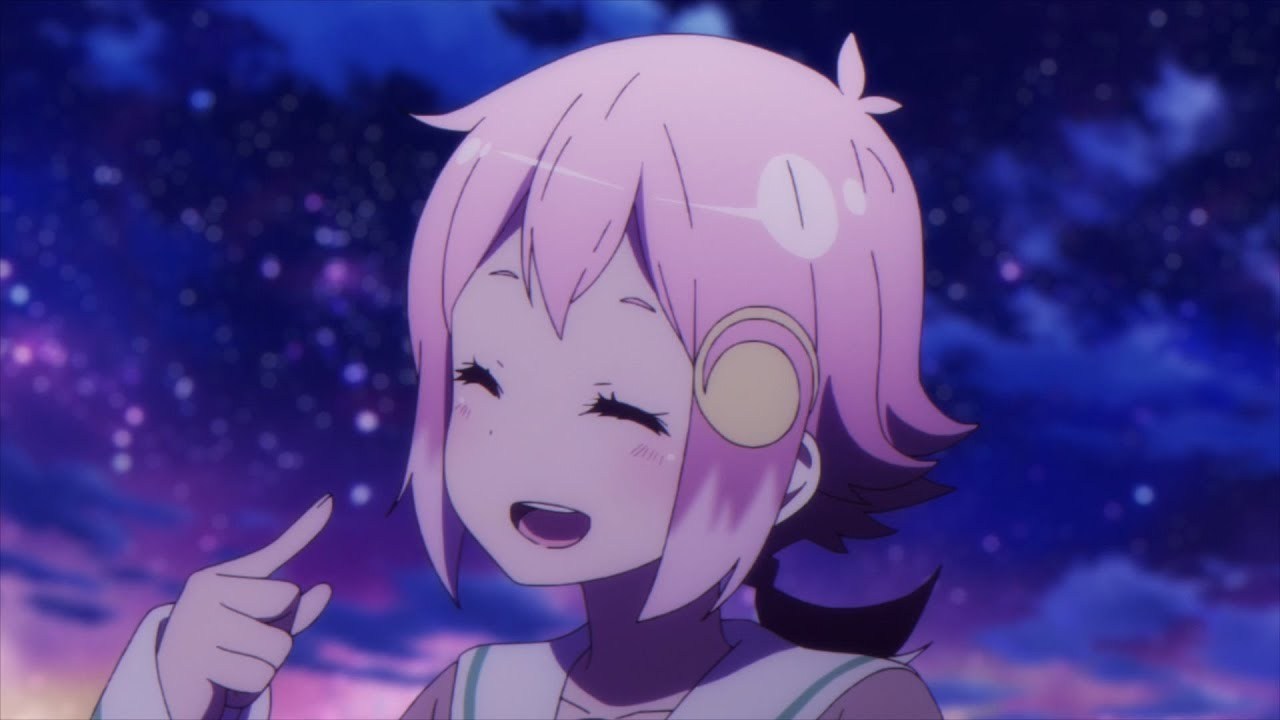 Original anime shows can often be a hit or miss because some creators might just take this freedom for granted and instead of creating something genuinely interesting, they just go overboard. ‘Granbelm’ is the complete opposite of that. It uses the popular concepts and themes of mecha to lure a particular group of anime viewers. What’s unique about it is that unlike others of its kind, it’s the characters of this show who primarily drive the plot. So if you’re planning to watch the entire first season of the anime, try focusing on the development of the main characters instead of looking for a deeper meaning in the storyline.

Apart from the characters and story, the art and animation of ‘Granblem’ are really impressive, especially during the magical mecha battles. Even the characters have perfectly detailed designs with bright colors to compliment their personalities. Overall, ‘Gramblem’ may not be all that appealing to most viewers in the first half but as its motives slowly start to unfold, you get a better grip on it. If you’re a part of its tiny fanbase, then you should certainly stick around as it does show a lot of potential.

Granbelm Season 2 Release Date: When will it premiere?

‘Granbelm’ Season 1 premiered on July 6, 2019 and with a total of 12 episodes, it came to end on September 21, 2019. This anime has not been adapted from any kind of source material and follows an entirely original plot. Being an original story, the creators of the show get to decide if they want to renew it or not and their decision does not depend on a light novel or a manga. So at the end of the day, it will all come down to the show’s overall popularity and sales.

Considering that the rating of the show is pretty average on most platforms, we can’t be too sure if it will ever be renewed. If, in the future, it shows some promising growth in its sales, only then the creators will even consider going for a season 2. As of now, no official confirmations have been made regarding its renewal and it is also a bit too soon to predict anything; but we can still expect some confirmed news by the end of 2019. If renewed, out best guess is that ‘Granbelm’ season 2 can come out sometime in 2021.

An official English dub of ‘Granbelm’ has not been released yet but you can still stream it on Crunchyroll with its original English audio and Japanese subtitles.

There was a time when the world was full of magical creatures, wizards and witches who all lived in harmony. But a brutal war almost ended everything and as the world almost reached the brink of destruction, a group of magicians was forced to seal the world’s magic into a device called “Magiaconatus”. After this event, almost all the magic from the world disappeared and only a few magical families now remain as a minority.

In the present events, the modern world is again making an attempt to slowly restore all the lost magic. To do this, a tournament is held, which involves magical girls who use giant robots called Armanox to battle each other. The winner of this tournament gets the ultimate reward — the chance of wielding all the magic that has been stored inside the Magiaconatus. Mangetsu Kohinata, the main protagonist, is a young girl whose world turns upside down when she discovers that she is a powerful mage. After acquiring her own Armanox, she gets the opportunity to compete against other girls like her. But does she have what it takes to become the “Princeps Mage”?

Mangetsu is a very ordinary teenage girl who, unlike most of her other school friends, seems to have no special talents. To make up for this, she tries hard to be a good friend and even helps strangers when given the opportunity. But this never really makes her feel any better and she has this constant feeling of emptiness all the time. All of this begins to change when she meets Shingetsu, as she starts opening up to her. She possesses a white Armanox named Lily whose primary armament is a sword. Her Armanox is untrained but it can easily overpower her enemies when it enters into a deep state of focus and concentration.

Shingetsu is a very strange young woman who comes to Japan to compete in Granblem. Initially, she is Mangetsu’s opponent in the tournament but later, when the two become friends, she starts training her and teaches her everything she knows about battling. Her Armanox is Viola Katze, a black mecha who is an expert in melee and ranged combat. She also possesses a trump card called Gnome, which is a giant golem spirit.