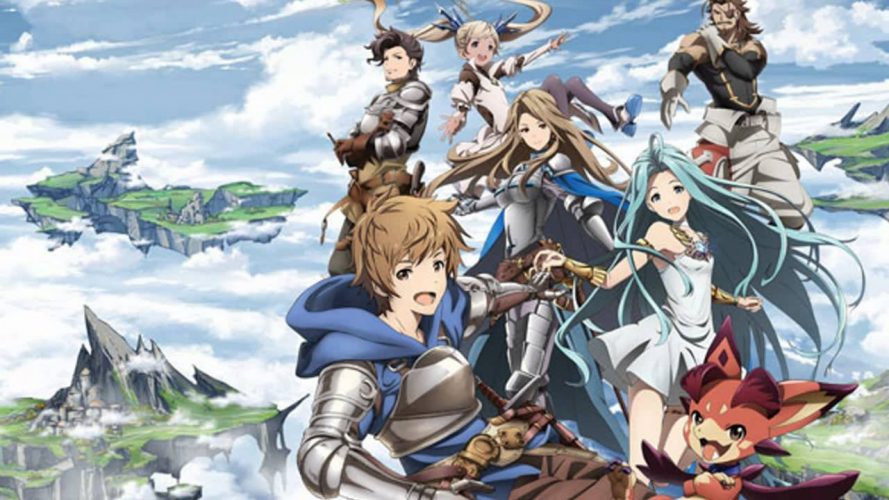 Granblue Fantasy The Animation (also known as Guranburū Fantajī Ji Animēshon in Japanese) is a fantasy anime television series which is based on a video game series of the same name. Developed by Cygames for Android, iOS, and web browsers, the role-playing game (RPG) was first released in Japan on March 10, 2014. The game proved to be a success in Japan, and as it stands, two spin-off games, titled Granblue Fantasy Versus and Granblue Fantasy: Relink, are slated to be released for PlayStation 4.

A couple of years after the release of the original game, a manga adaptation written by Makoto Fuugetsu and illustrated by cocho began serialization on the Cycomic app, and new chapters are being published to this day. Subsequently, famed Japanese anime studio A-1 Pictures announced plans to adapt the game into an anime television series and Season 1 of the show premiered on April 2, 2017. While it didn’t prove to be a milestone in the anime industry, it still managed to generate interest among fans of the video game and the manga series and was largely deemed to be a success. Since then, the anime has made it really far and now fans are starting to anticipate its third season.

Granblue Fantasy Season 3 Release Date: When will it premiere?

Granblue Fantasy season 1, consisting of 13 episodes, premiered on April 2, 2017 and ran till June 25, 2017. Months after Season 1 finished airing, A-1 Pictures released a special episode titled Granblue Fantasy The Animation: Kabocha no Lantern on November 29, 2017. This was then followed by a second season which premiered on October 5, 2019 and with a total of 12 episodes, ended on December 28, 2019.

The second season was received slightly better than the first one, so it is possible that the anime will return with another season in the future. Though the creators of the anime have not made any confirmations yet, it is likely that Granblue Fantasy season 3 will release sometime in 2021. As soon as we get any confirmation regarding this, we will update it here.

The English dub of ‘Granblue Fantasy’ is available on Funimation. You can also stream it on Amazon Prime and Crunchyroll with its original Japanese audio and English subtitles.

The show is set in a fantastical world inhabited by five races – Humans, a humanoid race called the Draph, a race of small creatures known as Harvin, beastmen known as Erune, and mysterious creatures that are classified into an unknown and unnamed race. In this world, islands drift in the sky and kingdoms fight either for domination or to stay in peace while retaining their sovereignty.

In this backdrop, the show follows a young boy named Gran. One day, when Gran and his talking, winged lizard Vyrn are relaxing in their hometown, they spot a hostile Erste Empire ship in the sky. Upon attacking the ship, Gran finds a girl named Lyria and an Imperial Officer named Katalina, who are trying to escape from the Empire, which aspires to rule over the world using its advanced military technology. He manages to save both of them, but suffers a mortal wound in the fight which ensues. However, before Gran can die, Lyria merges her soul with him, thereby bringing him back from the verge of death. Further, the mysterious Lyria then summons a giant and powerful creature called the Proto-Bahamut, which drives away the Empire’s forces.

With their fate now tied to Lyria’s, Gran and Vyrm team up with Lyria and Katalina and head to an island called Estalucia in the hopes of escaping the Empire and finding clues about Gran’s mysterious. However, Katalina’s poor piloting skills cause them to crash land at Port Breeze Archipelago. Stranded, the group starts working to construct an airship, but things get complicated when the Empire follows them to the island. However, they manage to escape and take to vast skies to stay out of reach of the empire.

As Gran and his team try and find their way to Estalucia, they make many allies and find themselves drawn into a sinister plot of epic proportions.

Although Granblue Fantasy The Animation has a long list of characters, only a few characters are central to the plot of the show. Below, we’ve provided you with brief backgrounds on each of the important characters.

Gran: The main male protagonist of the show, Gran is the son of a skyfarer and longs to become a skyfarer like his father. When he and his childhood friend, Vyrn, sees a hostile Erste Empire ship in the skies, he attacks it and ends up saving a girl named Lyria and a rogue Imperial Officer named Katalina. However, he ends up getting grievously injured in the attack but is saved by Lyria before he can die. With his fate now joined with Lyria’s, he vows to protect Lyria and Katalina from the clutches of the evil Empire. At the same time, Gran and his newfound friends embark on a quest to the island of Estalucia hoping to escape the Empire and find clues about his mysterious father.

Lyria: The main female protagonist of the show, Lyria is an extremely powerful character who has the power to connect with powerful creatures known as Primal Beasts. Owing to her unique and devastating powers, Lyria was imprisoned by the Erste Empire which wanted to conduct experiments on her to try and replicate her power to control Primal Beasts. However, the Empire’s plans get foiled when Gran and Vyrn rescue Lyria and her bodyguard, Katalina. Subsequently, Lyria saves Gran from death and the two, along with Vyrn and Katalina, embark on a quest of epic proportions.