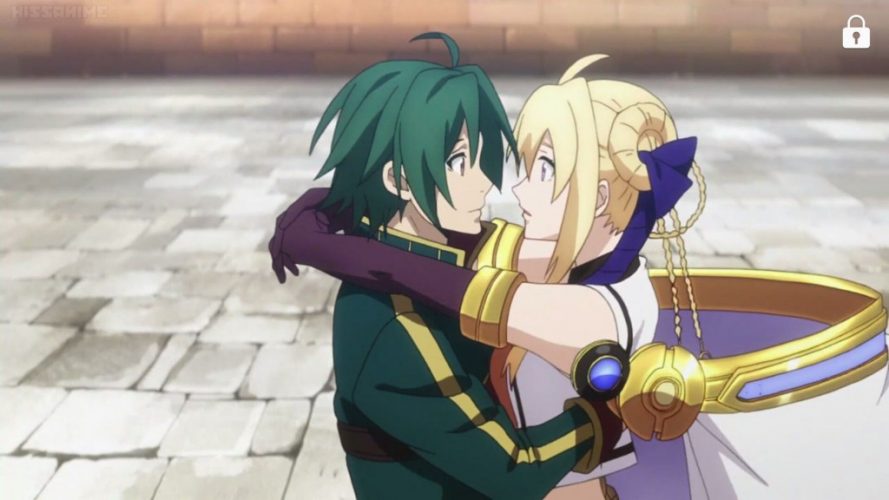 Record of the Grancrest War (also known as Grancrest Senki) is a Japanese action fantasy anime television series which is based on a light novel series and a tabletop role-playing game of the same name. Written by Ryo Mizuno and illustrated by Miyū, the light novel series was first published on August 20, 2013 and it ran for five years with its concluding chapter being published on March 20, 2018. Midway through its lifespan, Grancrest Senki was also adapted into a manga series in 2016. Shortly before the light novel series came to an end, famed Japanese anime studio A-1 Pictures announced plans to adapt it into an anime television series, and Season 1 of the show made its way to viewers’ screens on January 6, 2018. It was deemed to be a success by fans of the source material and newcomers alike, and since then, fans have been waiting to hear news on a second season. Here’s everything we know about the prospects of Season 2 thus far.

Record of Grancrest War Season 2 Release Date: When will it premiere?

Record of Grancrest War season 1 premiered on January 6, 2018 and ran for 24 episodes till June 23 of the same year. In spite of not being the best quality anime show out there, Grancrest Senki succeeded in creating its own dedicated fanbase and was largely deemed to be a success by fans of the source material. However, despite these achievements, a second season has not been announced it and it remains to be seen whether Grancrest Senki gets a second season at all.

That being said, if you’re hoping to see a second season, there’s no reason to get worried just yet. Anime shows sometimes take several years to renew and hence, there’s plenty of time left for A-1 Pictures to announce a renewal. Further, Season 1 only adapted a few of the 46 chapters of the light novel series, so there’s plenty of source material left for a second season. Given this fact, we think that there’s a good chance of a second season being made. Additionally, there are also rumours about a prequel to the show being made but none of the companies involved with the show have confirmed or denied these rumours. Thus, as it stands, there’s plenty of buzz around the show. We’re keeping our ears open for news on Record of Grancrest War season 2 release date (and a prequel if rumours turn out to be true) and we’ll update this section as soon as we hear something reliable.

You can watch ‘Record of Grancrest’ on Crunchyroll with its original Japanese audio and English subtitles.

Being a fantasy show, Grancrest Senki is set in the fictional continent of Atlatan. After what appeared to be a promise of everlasting peace on the land, Atlatan finds itself on the verge of war, and the events in the show take place in this backdrop.

It all starts off when two major factions – the Fantasia Union and the Factory Alliance – decide to get their heirs married off to ensure peace in Atlatan. However, the marriage ceremony takes a nightmarish turn when an extradimensional force known as Chaos unleashes all sorts of monsters in Atlatan. Along with the monsters, the Demon Lord of Diabolos appears and slays the archdukes of the two factions, shattering any chance of peace.

Having been unable to prevent the disaster, a Factory Alliance mage named Siluca Meletes sets out on a quest to find a great magician and remedy the situation. However, when Siluca is intercepted by a group of soldiers in the Chaos-infested country side, she is saved by a young warrior named Theo Cornaro. Siluca soon learns that Theo swears fealty to no faction and carries a magical ornament which has the power to banish the forces of Chaos. Siluca also learns that Theo is a noble warrior who wishes to liberate his hometown from its tyrannical ruler and banish the forces of Chaos that threaten to corrupt it. Impressed by Theo’s noble motives, Siluca thus enters into a magical contract with him and the two set out across Atlatan to try and bring balance to their war-torn world.

Although Grancrest Senki has dozens of characters, there are only two main characters in the show. Below, we’ve provided you with brief descriptions of each of the main characters.

Siluca Meletes: The female protagonist of the show, Siluca is a young mage who is initially part of the Factory Alliance faction. In spite of her young age, Siluca is shown to be someone with nearly limitless potential when it comes to her magical abilities. Shattered by the invasion by the forces of Chaos, Siluca wishes to cleanse the land and bring peace to Atlatan once again. In her quest to find answers, she encounters Theo and sets off on an epic quest with him. While Siluca boasts several powers, she also has a peculiar ability to travel through shadows and has a cat familiar which serves as the ruler of the kingdom of cats.

Theo Cornaro: The male protagonist of the show, Theo is young warrior who swears fealty to no faction in Atlatan. He carries a mysterious ornament known as the “Crest” which grants him the ability to banish the forces of Chaos and cleanse the land. Interestingly, Theo gains the Crest not by luck but through his sheer will to liberate his hometown and free it from the tyrannical grasp of its overlord. Additionally, Theo is also shown to be a noble warrior and a skilled swordsman. As news of Theo’s noble deeds spread across the land, many join him with the hopes of bringing peace to Atlatan and cleansing it from the influence of Chaos.