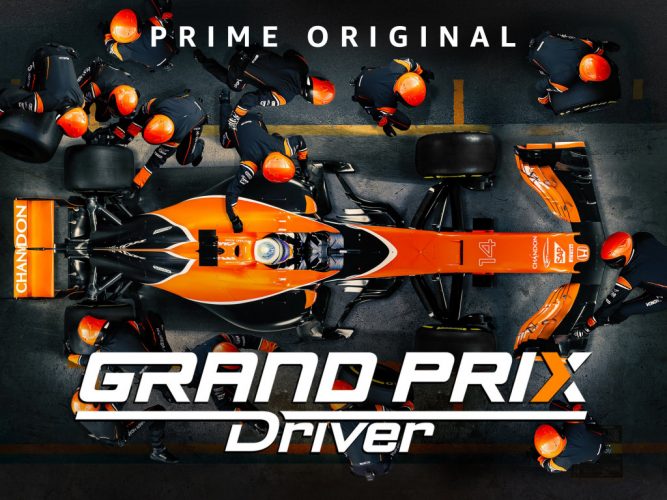 Not everyone may be aware of Grand Prix Driver, but if you are a hardcore car racing fan, then this series is for you. It takes you to the world of Formula 1 racing. Grand Prix Driver is a documentary about Formula one Racing World. It is based on conversations on corporate leadership, marketing and car engineering that is a subject of intrigue for all car and racing enthusiasts. Interestingly enough, viewers may get to see some car crash footages and be exposed to sponsor logos for companies like Mobile, Mercedes-Benz and Richard Mille as well. The first episode of season 2 was aired on 9th Feb 2018. The show has bagged a rating of 8 out of 10 and has been liked by 98% Google Users. The series is directed by Adrain McDowall; film editing is done by Steven Love and Anthony McHugh. The series is produced by Christopher Connell, Tom All Right, Sara Brailsford, Christopher Connel, Ben Jamieson, Hannah Lewis, Deborah McTaggart, Awar Nuseibeh and Manish Pandey.

Grand Prix Driver Season 2 Cast: Who is in it?

Grand Prix Driver Season 2 Plot: What is it about?

Grand Prix Driver is narrated by Oscar-winner Michael Douglas and is a documentary series that takes us to the competitive world of Formula One racing. This brilliant documentary also explains how an F1 team works during winters. The show consists of a series of races such as Grand Prix, etc. which are usually held in the circuit built for the same purpose while a few other races are held in closed city streets. The drivers get awarded with points based on their position in each race and the one with highest points in each calendar year is crowned that year’s World Champion. The Grand Prix Driver also provides a glimpse into McLaren’s racing which is hailed as the most productive team in the history of Formula One.

The first episode of the show has Stoffel Vandoorne driving F1 Rookie against Fernando Alonso (two-time champion) who is driving a McLaren-Honda. In this episode, Stoffel Vandoorne is seen expressing his realization that there is much more to F1 than just racing. In the next episode showcases difficulties in the routines of Stoffel Vandoorne and Fernando Alonso along with throwing light on how 700 engineers in U.K. complete a new car in a hurry but are uncertain whether the parts will work properly on the first run. In the third episode, Stoffel and Fernando make an appearance for the reveal while its engineers are still anxious about the car’s upcoming performance in Spain. In the final episode, it can be seen that the new vehicle in Spain has its final test with team McLaren-Honda. All nine engines which are exhausted are visible on the run, and the managers are forced to take a critical decision about the future of their racing team.

Grand Prix Driver Season 2 Release Date: When will it premiere?

Gran Prix Driver Season 2 has not been renewed yet. Amazon is yet to schedule an air date for the show, and it may or may not happen. Considering its positive impact, we are more inclined to believe a renewal will happen. We will update this section once the production house makes things official.

Watch out the exciting trailer below link and decide for yourself whether you wish to go ahead with the series or not.