Will There be a Graves S03? 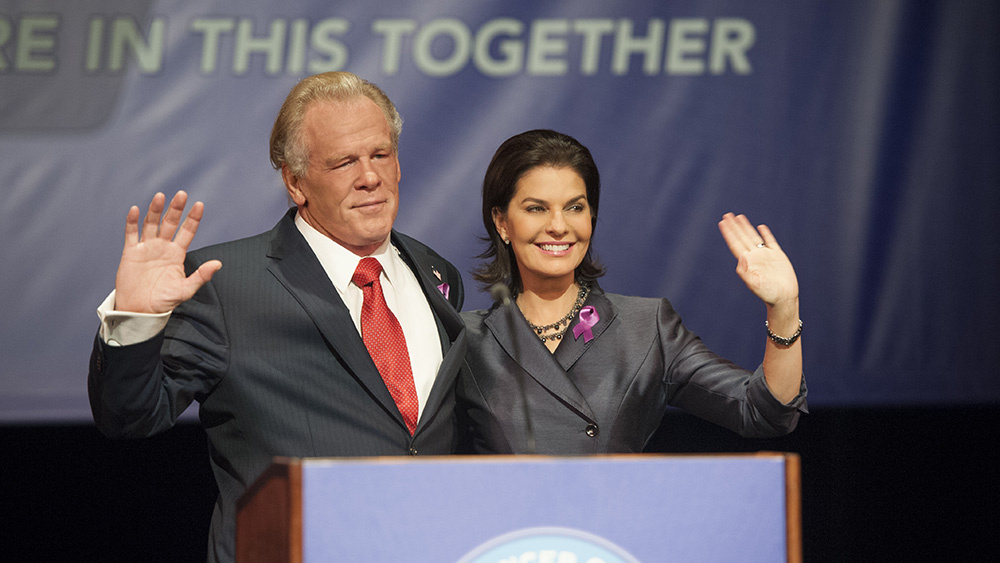 ‘Graves’ is a political comedy that first premiered on October 16, 2016, on Epix. The half-hour comedy is one of the two first scripted shows ordered by Epix, alongside the spy drama, ‘Berlin Station.’

Joshua Michael Stern serves as a screenwriter in this political satire. He is well known for directing the Ashton Kutcher starrer ‘Jobs’ (2013), based on the life of Apple co-founder Steve Jobs.

‘Graves’ revolves around the lives of Richard Graves, a two-term former United States President, and his family consisting of his wife Margaret and their children – Olivia and Jeremy. Twenty-five years after leaving the White House, Richard is struck with a moral awakening and decides to embark on a road to redemption – to right all the wrongs he committed during his Presidential rule. The realization comes at a time when Margaret is running for US Senate; their daughter Olivia is recovering from a bitter divorce, and son Jeremy is back from his duty in Iraq.

Nick Nolte plays the titular role of Richard Graves in this political satire. The American actor is known for his work in films like ‘Rich Man, Poor Man,’ ‘The Prince of Tides,’ ‘Affliction,’ and ‘Warrior.’ Sela Ward, known for ‘Sisters,’ ‘Once and Again,’ and ‘House,’ joins the cast as Margaret.

Reports suggest that ‘Dead Man Walking’ star Susan Sarandon was initially roped in to play the role of Margaret, but she opted out due to creative differences. Although ‘Graves’ received lukewarm reviews on its inception, the show garnered a significant fan following in season 2, with critics calling it a better version of ‘Veep.’ Well, this alone makes us wonder: Is ‘Graves’ season 3 happening?

Graves Season 3 Release Date: Will it Ever Happen?

On December 21, 2017, it was announced that Epix has decided to cancel the show. The fact that ‘Graves’ has been axed at a time when political drama seems to be blossoming, in itself, is a tough pill to swallow for fans of the show. Although it didn’t gain enough accolades, the show’s leading man Nick Nolte received a Golden Globes nomination for Best Actor in a Television Series Musical or Comedy.

It’s funny because Nolte had once poked fun at his comic skills, by saying, “I’m not real good at romantic comedies. In fact, when I tell Broadway people that I used to work at the Old Log Theater in Minnesota and did all of Woody Allen’s plays, most guys fall over in their chair laughing.”

While talking to The Wrap, Nolte, who clearly has a good sense of humor, recalled that one time he met Donald Trump. He said, “My second wife – third wife, I believe, third wife — reminded me that I had a half-hour discussion with Trump once in New York. It was just after he had married Marla Maples. It was all about who had the best hair. He thought mine was too fine and blond, and I thought his was too coarse and red. I vaguely remember it.”

Showrunner Joshua Michael Stern talked about the de-aging process used for Nolte’s character Graves’ flashback scenes, in an interview. “I did that a couple of times. They did it wonderfully in American Horror Story. Did you see the one with Jessica Lange where they de-aged her in the carnival season,” Stern said.

Sharing his experience of working with Nolte, he added, “He’s the only person I had in mind writing it. I wouldn’t have written or done the show without Nick Nolte in mind. I just thank God he wanted to do it because I really felt like that would be an interesting ex-president. So his voice was part of the whole concept, the way he would go, ‘Helllll, hell I was…’ or ‘God dammit.’ I put it all in there. It’s all Nick.”

While ‘Graves’ season 3 is not on the cards yet, the previous seasons of ‘Graves’ is available to stream on Epix.