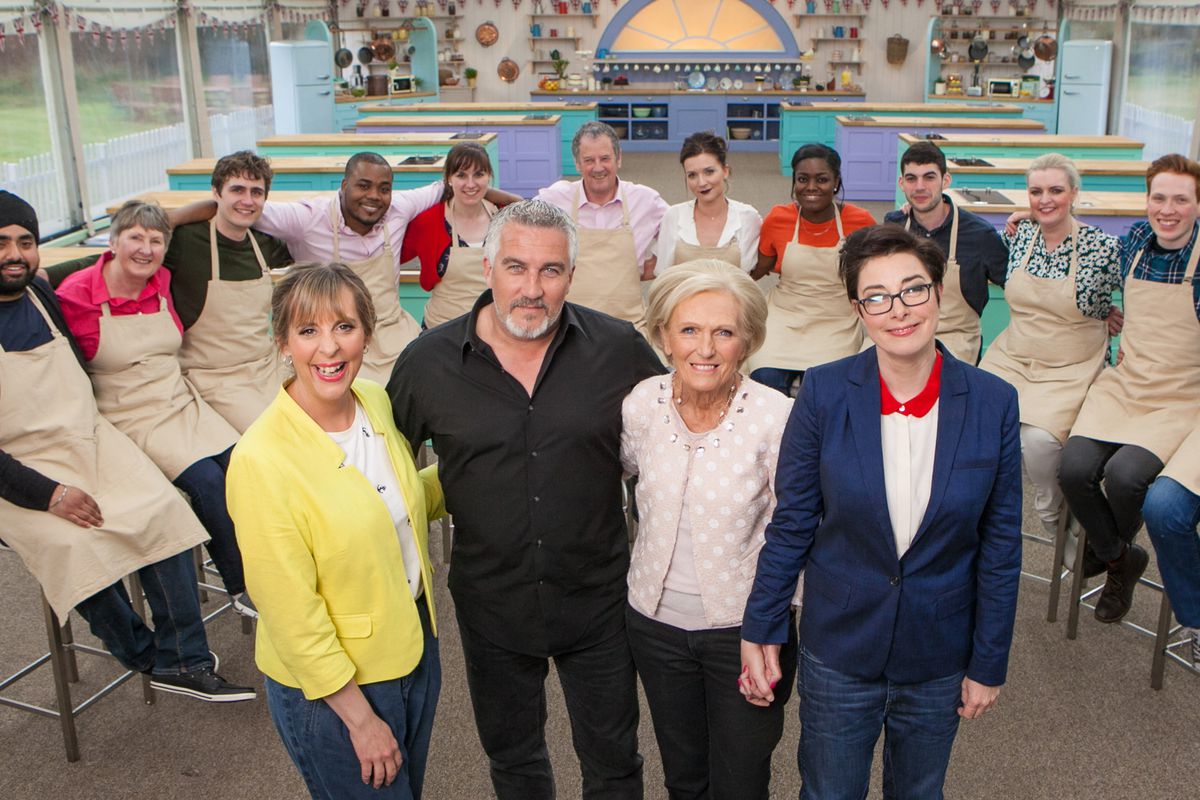 Like a lot of other cooking competition shows on TV, The Great British Baking Show (known as The Great British Bake Off in the UK)  brings us a bunch of talented but amateur bakers as they face off in a competition, in a bid to be named the best in the UK, over a span of 10 weeks, as they whip up their best confections. The series became immensely popular in the UK and made headlines right from its launch to its move from BBC to Channel 4, in 2016. Netflix, the streaming giant soon picked it up, and as of the end of 2018, acquired the US rights to three new seasons of the show.

The Great British Baking Show Cast: Who’s in it?

The Great British Baking Show is a well-loved, charming, good-natured and mild-mannered baking competition, while still managing to be educational and completely absorbing. The real stars of the series The Great British Baking Show are, but obviously, the amateur bakers. Each successive season is brilliantly cast with a range of sweet-natured, racially and culturally diverse, and frankly inspirational group of bakers. These passionate amateurs range from grandmas who have never baked professionally but have been whipping sweet things for their families for decades, to engineers who combine architectural designs with their baking skills, to moms famous around the block for their fantastical birthday cakes, who all combine to bring a wide palette of interesting flavors to this much-more-than-a-competition show.

Known as The Great British Bake Off at home, the bakes, the bakers, and the absence of vitriol is what sets this show apart in a milieu of similar programming. Every season the challenges and goals set for the bakers become more challenging and increasingly technique-driven, making it educational and relevant to modern bakers. Older, historical specialties that the contestants must create, come with a dollop of historical background, illuminating how British cookery has evolved and adding to the viewer’s knowledge. The defining niceness of this series is in sharp contrast with the viewers jaded by forced drama, cut-throat competition, and screaming, vicious judges in other reality shows. The Great British Baking Show also unfolds little narratives about the back-stories and life circumstances of the contestants, off and on the screen.

The Great British Baking Show Plot: What is it about?

Essentially a baking competition with a fixed prize waiting at the end for the ultimate winner, The Great British Baking Show still manages to be nice, human, and caring in surprising ways. On most seasons, mishaps like leaky piping bags, gelatin that refuses to set, chocolate disasters by way of weather, and layer-cake devastation are the only kinds of reality-show drama that audiences get to see. In an age of cook-off type shows resembling some medieval war, the show is refreshing in its suspension of elimination rules due to absences caused by illness, for example.

The Great British Baking Show, in short is a benign bake-off show that manages to teach viewers new and interesting techniques and history, remains unqualifiedly entertaining but does all of this in a non-threatening manner. The technical skills required to make good pastry do not, in this case at least, go down with enough vitriol to turn a stomach.

The Great British Baking Show Season 10 Release Date: When will it premiere?

The Great British Baking Show might seem like a show that quickly becomes repetitive but the baking competition, billed as a Netflix Original, has maintained its happy vibe, popularity, and viewer loyalty. The very fact of its move from the UK to the US via streaming website Netflix, and the renewals and pending seasons amply demonstrate its popularity. Netflix has also reduced the time gap between the UK airing of the show and the US debut of the season, presumably to counter possible spoilers cutting down viewership.

While we wait for the release date of season 10, check out this clip from the show to refresh your memories.  If you haven’t seen the show yet head over to Netflix to catch all the episodes of the previous seasons.