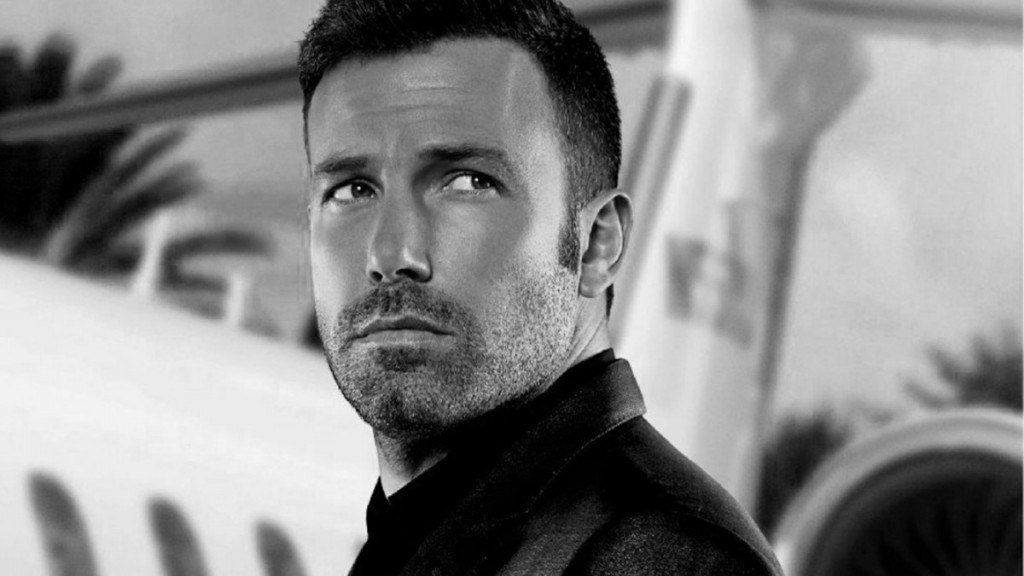 Ben Affleck was all but written-off as an actor. His second innings started when he turned director with ‘Gone Baby Gone’ where he showed his directing chops, which he was, and still is, great at. That also resurrected his movie-career, and soon he became one of the names to reckon with, so much so, that when he was snubbed by the Academy [remember he didn’t get nominated for Best Director for ‘Argo’] a wave of sympathy allowed him to take Best Picture prize. In his relatively short career as director, he has made three brilliant thrillers. That was enough to grant him a place on this list. 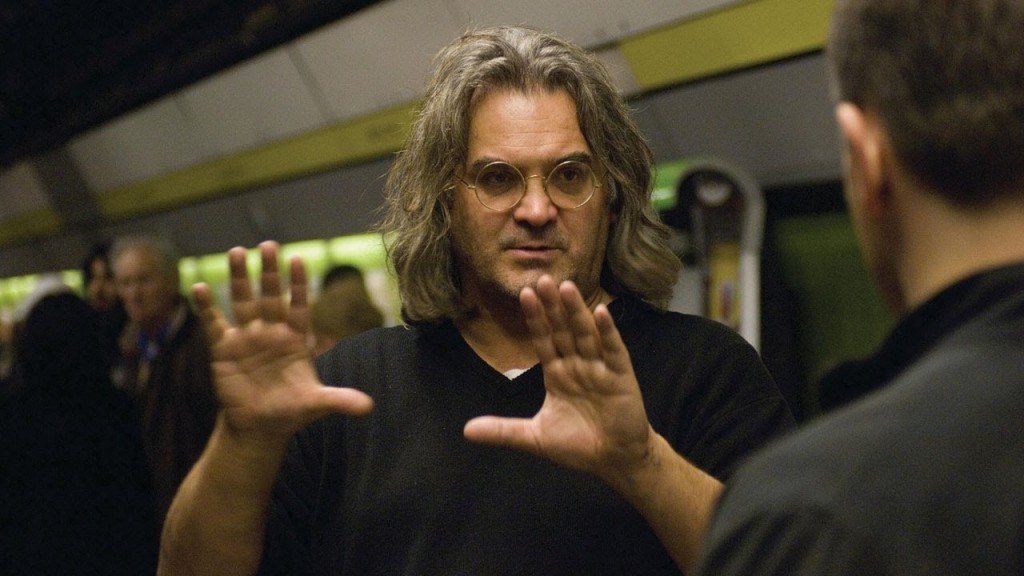 Greengrass deserves a place on this list for directing Bounre movies alone. Fast-paced, sleek, thrilling, action-packed Bourne films are the best examples of how spy films should be treated and made. Greengrass’ achievement in thriller genre is further highlighted by the fact that he has also directed ‘United 93’ — the best 9/11 film there is — and ‘Captain Phillips’. Four good, solid thrillers in a career is quite a significant achievement and certainly merits his inclusion on this list. 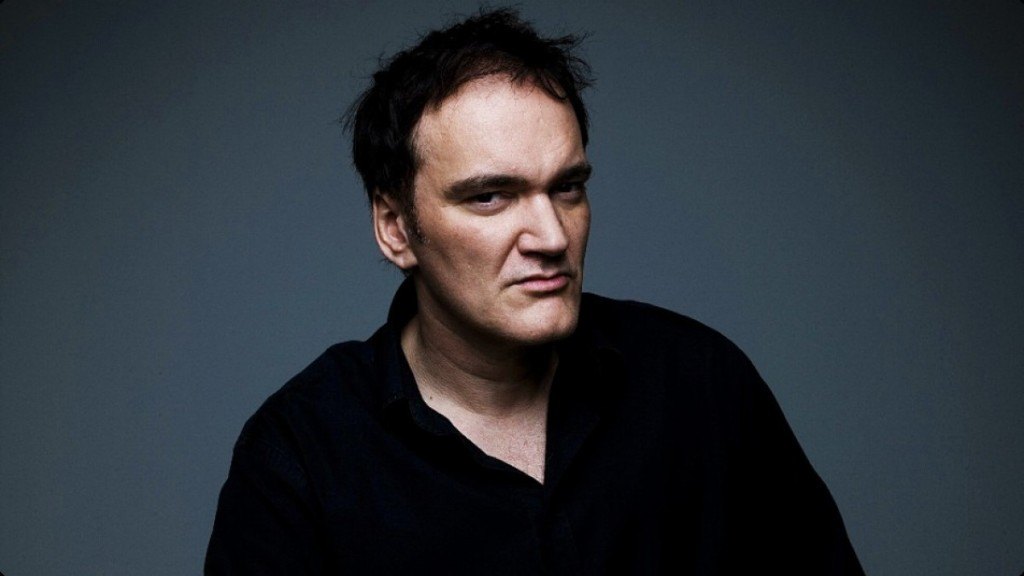 There’s should be separate genre for the kind of films Tarantino makes. But even if we go by the conventional definition of a thriller or film-noir, he has made two cult films to his name: ‘Reservoir Dogs’ and ‘Pulp Fiction’. His minor works like ‘Death Proof’ and ‘Jackie Brown’ can also be classified as thrillers but of course they don’t match up to his best works.  Having said that, what makes his cinema truly memorable is not the element of mystery or thrill in them but rather their sub-textual commentary on contemporary politics, war and race. Unarguably the most influential filmmaker of his generation, Tarantino has inspired a generation of filmmakers with his bold and ambitious vision. 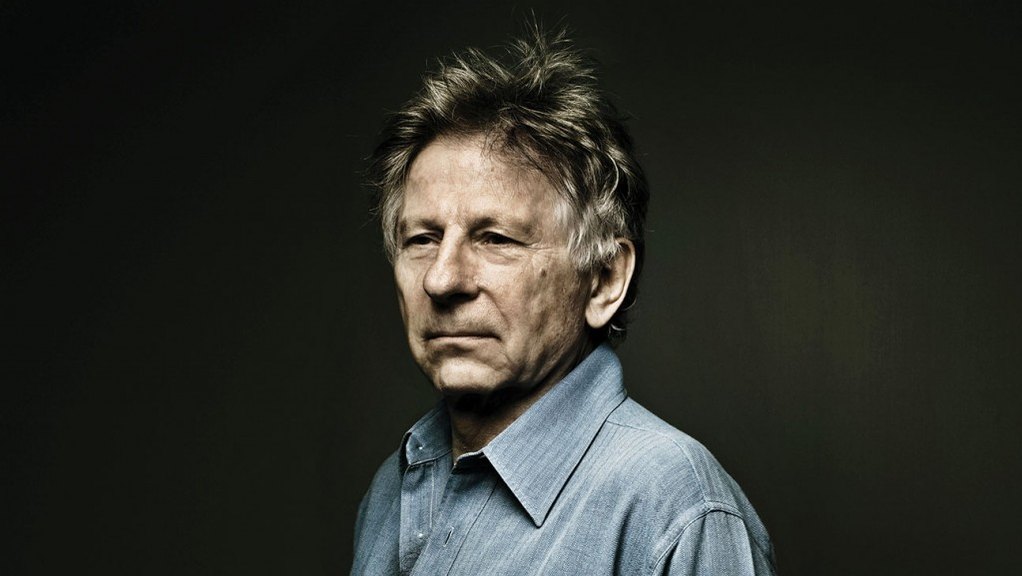 Having made films in multiple languages and that too with significant critical acclaim, Roman Polanski is one of the very few filmmakers who could be truly considered global. As someone who has always delved on the darker aspects of humanity, Polanski could be deemed to be a master at making disturbing movies. With an eerie style of filmmaking, his movies are meant to either offend or mystify audiences. Some of his most notable works including ‘Rosemary’s Baby’, ‘Chinatown’ and ‘The Tenant’ are thrillers 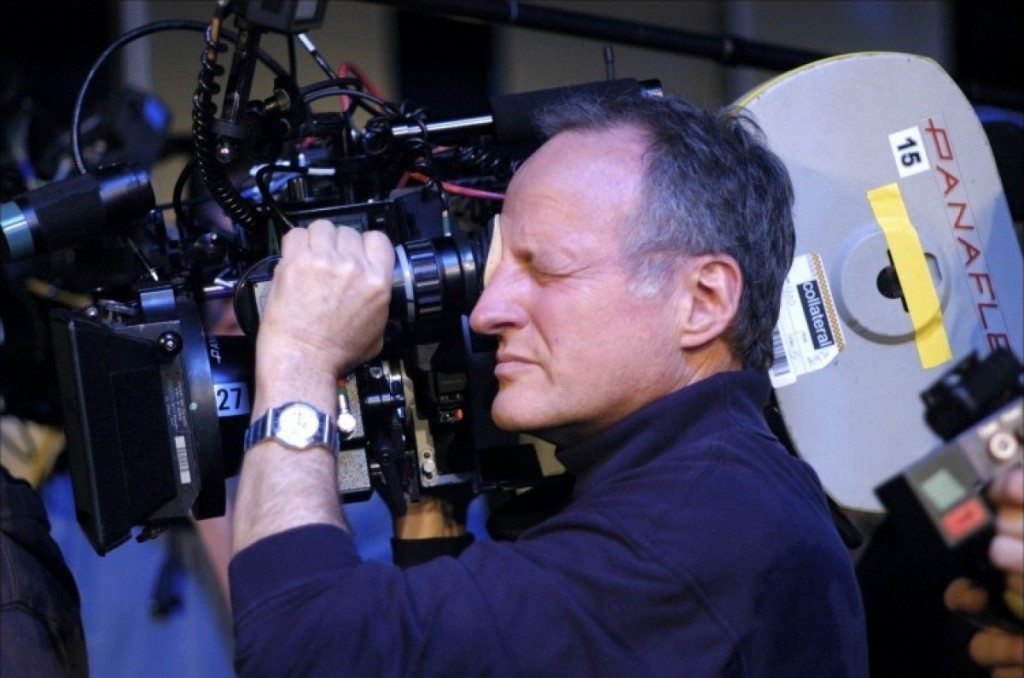 A prolific filmmaker, Michael Mann is considered to be one of the best modern exponents of the thriller genre.  Some of his most impactful and memorable works have been thrillers. Be it ‘Manhunter’ or ‘Heat’ or ‘The Insider’ or ‘Collateral’ .. all of them in their own right can be considered as modern classics. What is also unique about his films is that he is someone who has consistently preferred tragedy over happy ending. Also, many of his movies deal with ethical and moral ambiguities. Well, let’s consider them as a bonus to the entertainment and thrill his movies already provide. 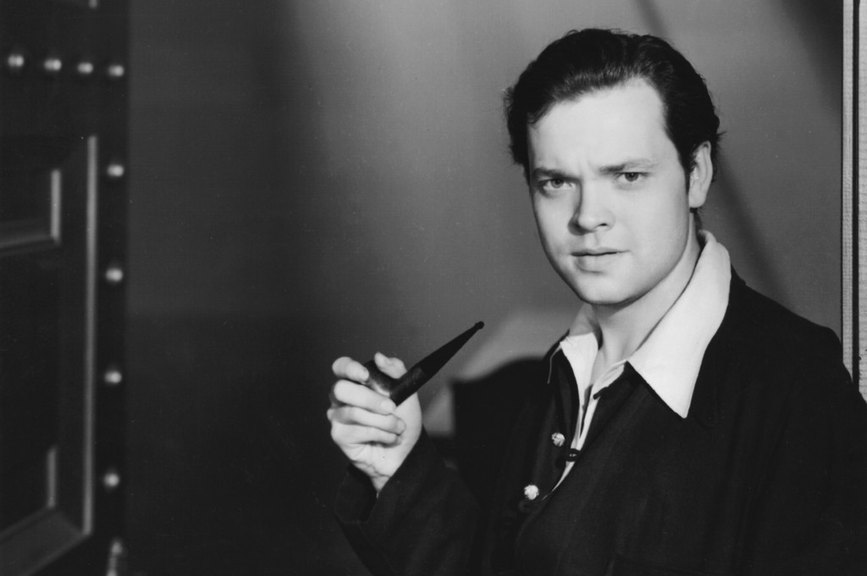 The story of Orson Welles might sound like it was whisked straight out of a Hollywood movie; a 23-year-old theatre director with no understanding or experience with cinema was commissioned to write and direct two movies. And what did he do? He created a sprawling, epic masterpiece in the form of ‘Citizen Kane’. But of course, he is not on the list because of ‘Citizen Kane’. He is on the list because he, in a career spanning more than four decades, gave us some of the best films in the thriller/film noir genre. Films like ‘The Third Man’ and ‘The Stranger’ not only showed his skills as master storyteller but also laid grounds for others to get inspired from his work.

Probably the most suave and subject-oriented auteur from the Golden Age of Hollywood, the Austrian-born Billy Wilder is credited with having made some of the most influential movies in the period spanning from the 1940s to the 1960s. He probably is the single biggest contributor in the film noir genre. Wilder’s films are known for its exquisitely written characters and memorable dialogues. Despite his conservative directorial style, his subject matter often pushed the boundaries of mainstream entertainment.  Some of Wilder’s most notable ventures include ‘Double Indemnity’, ‘The Lost Weekend’, ‘Sunset Boulevard’, ‘Ace in the Hole’, and ‘The Apartment’ .. all of them excellent film noirs. 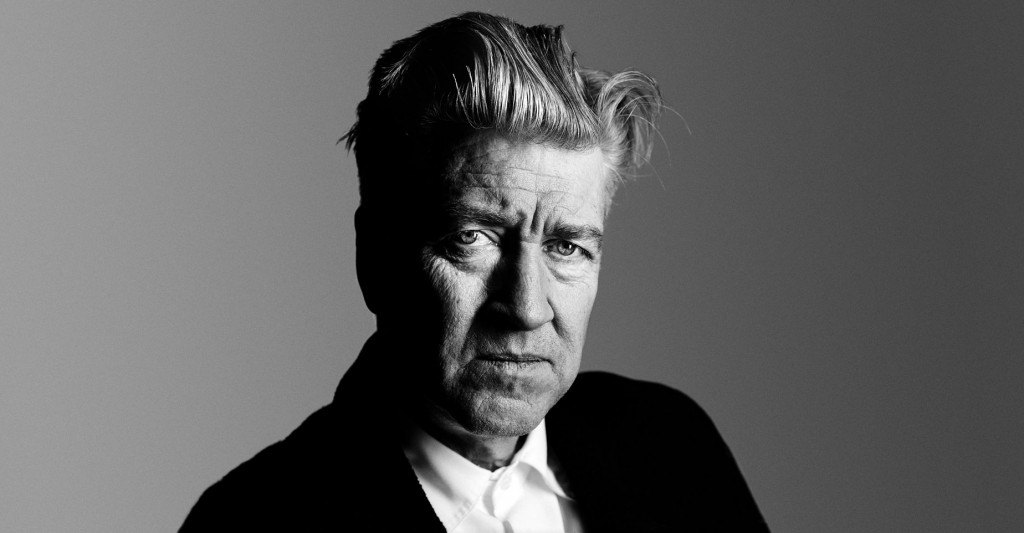 Perhaps the fact that he was a painter long before he forayed into film-making helped David Lynch steer clear of the conventional film milieu. Unlike cinema, paintings never really give you any answers. There is a mystical quality to them, where there are multiple answers, and no one explanation is right or wrong. It is this artistic philosophy that Lynch brings to his film-making, where his films are all what we make of them. Popularly known as the father of modern surrealism, David Lynch is one of his kind; blending dark thematic elements into a light, almost parodic tone; leaving audiences wondering whether to laugh or be outraged. With weird characters, gory imagery and a slew of symbolism, he shocks and mystifies his audiences; while offering a compelling portrayal of contemporary society. After decades of blatant disregard of the mastery of this genius, the world is finally acknowledging the man and his contribution; with his neo-noir masterpiece ‘Mulholland Drive’ being named the finest movie of the 21st century by a BBC poll. 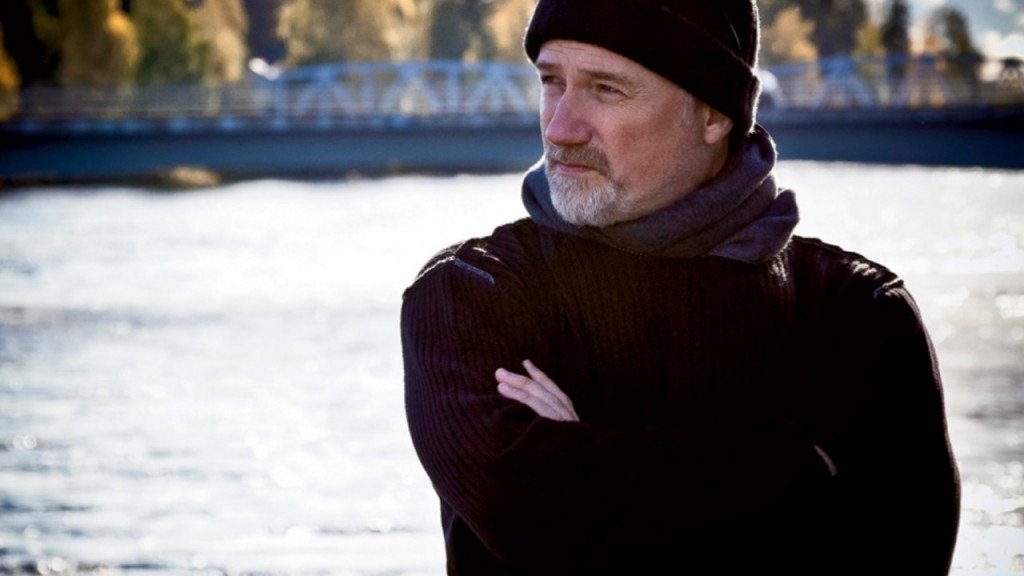 David Fincher started out as a music video director and from there on he has created some of the biggest cult thriller movies of all time. Fincher has the single most important quality that defines a filmmaking genius: every frame of his every film has his stamp on it. You can look at just one shot of any of his films and immediately recognize that it is a David Fincher film. Even though, he seems to be more attracted to the darker aspects of life, there is no denying that each of his films are stylistic and uniquely memorable. Be it his classics like ‘Fight Club’, ‘Se7en’ and ‘Zodiac’ or even the more recent ‘Gone Girl’, he hasn’t let his magical touch fade away. 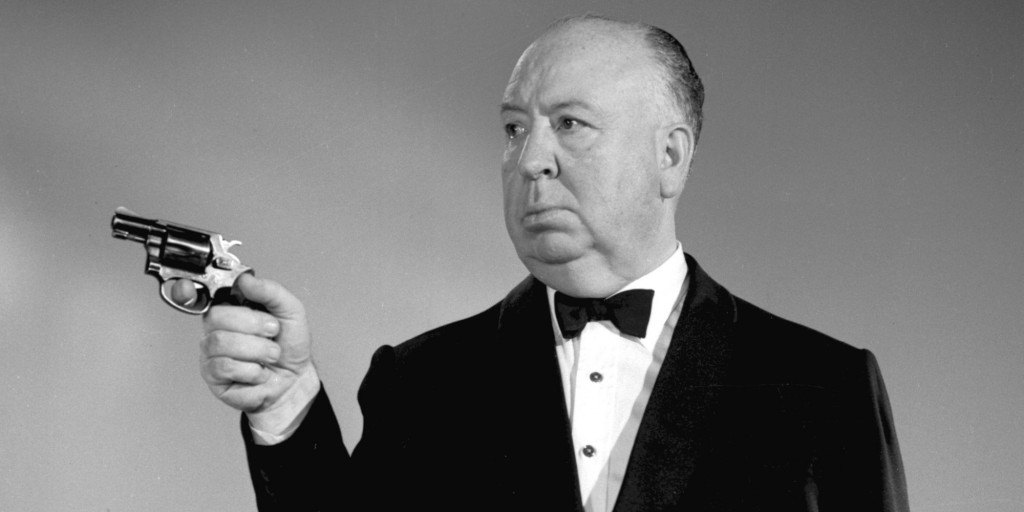 A lot of people were noticeably surprised when the longstanding supremacy of ‘Citizen Kane’ as the greatest film of all time was usurped by an Alfred Hitchcock film ‘Vertigo’ in the 2012 Sight and Sound Polls. Why? Because Hitckcockian works, though highly loved and universally acclaimed, were always associated with popular cinema, and rarely considered art. But, the fact remains that his cinema has stood the test of time, and his innate understanding of the human psyche remains unparalleled. Known the world over as “the master of suspense”, Hitchcock consistently broke new grounds and revolutionised American filmmaking, being one of the few directors who dared to experiment with his craft beyond the conventional cinematic medium. His exploration of the female psyche, repressed sexuality, voyeurism and overlapping identities polarized audiences during his time and continue to do so even today. And, while his oeuvre can be debated and dissected over and over, what is undeniable is his influence on American cinema and that is where we draw the line.