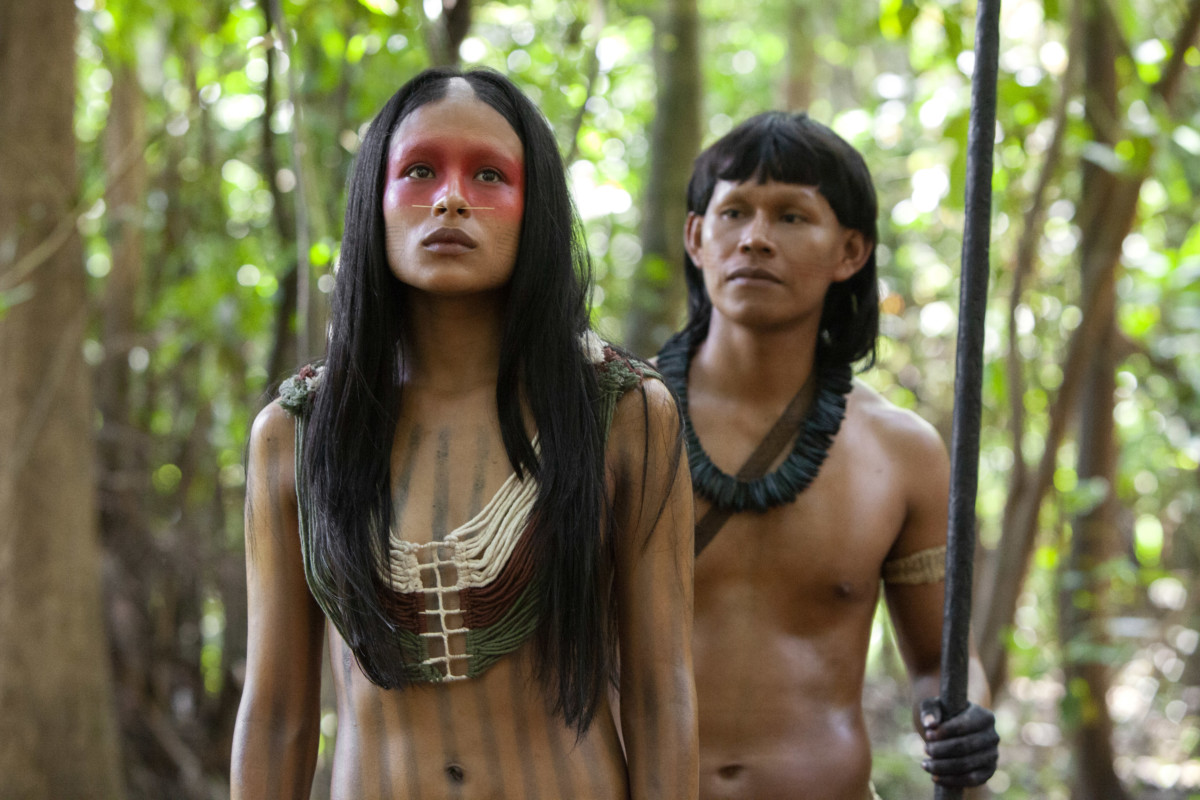 Netflix continues its venture into the Latin American market by bringing one incredible show after another. After tackling the affairs of Mexican-American border in ‘Narcos: Mexico’, Netflix has moved on to the jungles of Brazil-Colombia border, to tell a supernatural thriller heavily dabbed in horror. Yes, we are talking about ‘Green Frontier’.

‘Green Frontier’ aka ‘Frontera Verde’ is a Colombian show that follows the story of a detective who investigates a series of murders in the jungles of Amazon to find out that the forest is hiding a dark secret and that it all comes back to her own childhood. The series has been created by Ciro Guerra, the director of Oscar-nominated movie, ‘Embrace of the Serpent’, and the critically acclaimed film ‘Birds of Passage’. He has co-created the show with Diego Ramirez Schrempp, Mauricio Leiva-Cock and Jenny Ceballos. They also serve as executive producers. Additionally, Guerra also acts as the showrunner. Schrempp and Leiva-Cock have previously collaborated with Netflix through Dynamo, the production company responsible for shows like ‘Narcos’ and ‘El Chapo’.

Green Frontier Cast: Who’s in it?

The central character of ‘Green Frontier’ is Helena. She is a detective who becomes involved in the investigation of the murders that lead to her own backyard. Helena is played by Juana del Rio. She is an award-winning actress, who has majorly worked in the theatre, and is also known for her roles in ‘The Law of the Heart’ and ‘When You Live with Me’.

Nelson Camayo plays the role of her partner, Reynaldo Bueno, who has the advantage of knowing the surroundings better than her. He has also appeared in ‘The Padre’, ‘El Chapo’ and ‘The Jungle’, starring Daniel Radcliffe. Angela Cano and Miguel Dionisio Ramos play the role of Ushe and Yua, the mysterious Eternals who are the key to the whole puzzle. Bruno Clairefond (‘A Real Life’, ‘Boomerang’) plays the role of Joseph, a white man who is in search of the secret of the Eternals and will stop at nothing to get it. Additional cast includes Andres Crespo, Marcela Mar, Monica Lopera, John Narvaez, Edwin Morales, Karla Lopez, Antonio Bolivar and Gabriella Campagna.

Juana del Rio and Nelson Camayo are expected to return for season 2, if and when it happens.

Green Frontier Plot: What’s it About?

The story of ‘Green Frontier’ is set deep in the jungles of Amazon. A young detective, named Helena, is tasked with the investigation of a series of murders. The dead bodies of women are found inside the jungle, and there is something very bizarre about their death. A gaping void stares out of their chest, from which the heart has been removed. The thing is that there isn’t as much blood as there should be after an act like this. Or, it could mean that the murders took place somewhere else and then the killer left their bodies in the middle of the forest. Or, it could mean that there is something else involved, something sinister that lurks in the darkness.

Helena tries to crack the case with the help of her partner, Reynaldo, who is an indigenous man and well-versed with the stories of the place. He tells her about a sect that the victims belonged to. It is called the Eden Church and is exclusive to women. Further investigation reveals that there is a white man, looking for something ancient and powerful, something that these women had. She also comes to know about the story of the mysterious people, called the Eternals, who are said to possess incredible powers. At first, Helena rebuffs these tales as bedtime stories but realises that there might be some truth in them when critical information about the dead bodies comes to light. Turns out, the women were not the age they seemed to be. The case becomes personal for Helena when skeletons from her closet begin to show up and she is forced to revisit her childhood to find out the missing piece of a puzzle that will put everything into place. She might not like what she finds.

If Season 2 is commissioned, it might take Helena to a completely different mystery path.

Green Frontier Season 2 Release Date: When Will It Premiere?

‘Green Frontier’ Season 1 premiered on Netflix on August 16, 2019. The eight-episode series boasts the beauty of lush Amazon jungles that feel both beautiful and intimidating at the same time. Netflix’s supernatural horror series, such as ‘The Haunting of Hill House’, have a track record of becoming pretty popular with the fans. While horror is generally set in closed quarters, the danger of open surroundings incites greater fear.

As far as the next season goes, Netflix is yet to make an announcement. The way the first season ends, one is tempted to assume that the show will get renewed. Thought, since it is tagged as a “limited” series, it generally means that the show might not continue further. However, if the response is great, there is no reason why Netflix wouldn’t want to continue with it. All it takes is a good story to come along. For now, there has been no word on the matter. But, as soon as we receive information on ‘Green Frontier’ Season 2 release date, we will update this section.

If you love TV shows like ‘True Detective’, then it won’t take much time for you to gravitate towards ‘Green Frontier’. It is beautiful and scary, thrilling and terrifying. You can catch all its episodes on Netflix. Here is a look at its first season, just to prepare you for a menacing murder mystery.