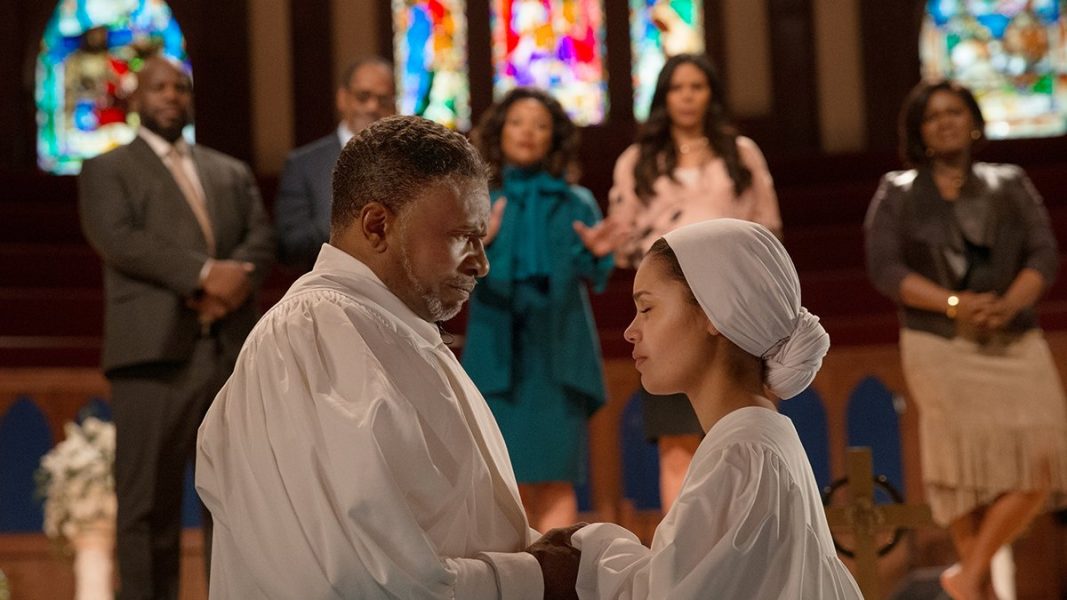 ‘Greenleaf’ is an American mystery-drama series that has been created by Craig Wright, who is known for working on ‘Lost‘ and ‘Six Feet Under‘. It airs on OWN (Oprah Winfrey Network) and first premiered on June 21, 2016.

The show follows the Greenleaf family, the owners of a megachurch and their lies, secrets, and deceptions that they have to keep at bay to protect their image. We are taken deep into the unscrupulous life of this Memphis family. Over the seasons, the show has garnered a steady fan following and critics have praised it, especially the performances, saying “Immersed in a unique megachurch setting, Greenleaf is a juicy family soap bolstered by a provocative spirituality.”

The show has had three successful seasons so far and is in the middle of its fourth season. Here’s everything we know about it.

When is Greenleaf Season 4 Release Date?

Greenleaf Cast: Who is in it?

The main cast members include Keith David as Bishop James Greenleaf, the family patriarch and the strong and charismatic leader of the Calvary Fellowship Church; Lynn Whitfield as First Lady Mae, James’ wife, the family matriarch, and the first lady of the church; Merle Dandridge as Pastor Grace Greenleaf, their eldest child; Desiree Ross as Sophia Greenleaf, grace’s teenage daughter; Lamman Rucker as Pastor Jacob Greenleaf, the Bishop’s only son, desperate to prove to his dad that he can be his own person. Other cast members are Kim Hawthorne as Kerissa Greenleaf, Jacob’s wife, who is ambitious and controlling; Deborah Joy Winans as Charity Greenleaf; Tye White as Kevin Satterlee; and Gregory Alan Williams as Robert McCready.

Greenleaf Plot: What is it about?

‘Greenleaf’ is not an attack on religious faith, but a drama surrounding the politics of faith. We are introduced to the show when Grace Greenleaf, who was once a sensational preacher and is now a journalist, returns to this faith, and into the family fold after the suicide of her sister. Notably, her return is almost like the story of the prodigal son from the Bible, except for the fact that Grace has not kept in touch with her family because her father did not do anything to stop his right-hand man when he raped her sister. Thus, Grace’s return is sure to stir long-repressed emotions within the family, providing good content for the show.

Should you Watch Greenleaf?

Despite some characters standing out due to their indomitable personalities, ‘Greenleaf’ tries to pack in too much, and as a result, it often slips up. We see that there are a lot of family secrets, sibling rivalries, hearts filled with sex and sin, philosophical points, and gospel preaching all packed into one-hour episodes. It is almost too much to consume, though to be fair, the show does find its rhythm down the line.

If you really want to understand the politics and power dynamics within the family running the megachurch, think of ‘Greenleaf’ as ‘Empire‘ minus the record label industry. ‘Greenleaf’ has a lot of potential, since it has some of the classic character tropes like the cheating husband, the ambitious wife, and the crusading sister. Thus it is an excellent setting, and considering the family hierarchy and the ensuing power struggle all takes place against the indignation of a religious background, this series is bound to continue amazing us, only if they manage to package their content a little more efficiently.

With a stellar cast, ‘Greenleaf’ has all the assets required to make the show a success, and as viewers, if the showrunners are willing to take our suggestion, then we want more of Oprah’s character, who seems to be rather underused in the series.

Variety has summed the show perfectly, saying, ” ‘Greenleaf’ is an exploration of the ways in which women quietly but persistently attempt to hold influential men accountable, especially those who have taken advantage of the faith and credulity of those with fewer resources. And though it’s not a dominant part of the early going, there’s also a thoughtful storyline that touches on issues related to police brutality. All in all, though ‘Greenleaf’ strays a bit, it manages to balance its many priorities with something that approaches grace, which is only appropriate for a story set in the house of the Lord.” Hopefully, in the upcoming season, the series will outdo our expectations to deliver a mind-blowing narrative.

While we wait for the release of ‘Greenleaf’ Season 4 to return, check out the its trailer below.