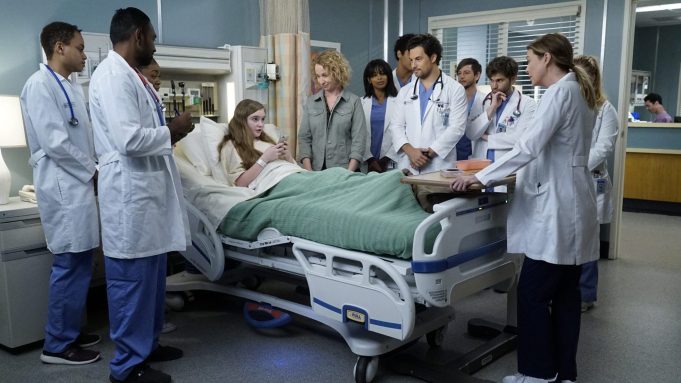 Welcome to the final preview of Grey’s Anatomy season 16. Yes, sadly, the medical drama is ending its current run with its 21st episode. Although the ongoing installment was initially planned for 25 episodes, production had to be cut short because of the deadly Corona pandemic. Showrunner Krista Vernoff confirmed the news in a statement, saying:

“We are disappointed that we don’t get to complete our storytelling this season. The good news? 1621 plays like a satisfying finale! It’s not where we planned to end, but it’s beautiful & the questions that linger we will answer next year.”

So yes, we will have to wait until the next season to get our answers to some of the hanging threads. Anyway, there’s still one episode left. Read on to know when, how, and where can you watch ‘Grey’s Anatomy’ season 16 episode 21.

The 21st episode of the 16th season of ‘Grey’s Anatomy’ is scheduled to premiere on April 9, 2020, at 9 p.m ET/8 p.m CT on ABC. The finale is titled ‘Put on a Happy Face’ and returns one week after the 20th episode of the season was aired. The show has followed a weekly format with a new episode being released every Thursday.

You can read its official synopsis to gain some insights: “Link tries to convince Amelia to take it easy during the final stage of her pregnancy; Hayes asks Meredith a surprising question; Owen makes a shocking discovery.”

You can watch ‘Grey’s Anatomy’ season 16 episode 21 by tuning in to ABC at the timeslot mentioned above. Other than that, you can also catch the episode live on ABC’s official website or mobile app if you have a valid cable provider’s login.

Moreover, you can also watch the episode live if you have a subscription for YouTube TV, Fubo TV, or Direct TV. Additionally, specific episodes can also be watched on Hulu and rented or bought on Amazon Prime Video. You can also watch the first fifteen seasons of the show on Netflix.

Episode 20 begins by throwing the limelight on Richard Webber, who is suffering from some neurological issues. Bailey works with his peers at Grey Sloan Memorial and studies his history, which includes cases of appendicitis, a brain tumor, and electrocution. Currently, Webber is suffering from memory lapses, tremors, mood swings, and unpredictable behavior. Tom suggests that the patient might be suffering from dementia or Alzheimers. But Meredith thinks this is not the case.

Meanwhile, Tom is in for a shock when he sees his ex-wife Dana. She is accompanied by a young boy in a wheelchair. Guthrey resembles his brother, David, who had passed away earlier. And David was Tom’s son. Guthrey is diagnosed with a brain tumor that has spread to his spine.

Maggie, Meredith, and Amelia check Webber’s scans and they are all clean. At surgery, Tom breaks down as he cannot operate on a child who is the exact copy of David. Teddy asks Amelia to take charge but Dana is adamant about Tom doing the procedure. But as luck could have it, Amelia goes into labor in the midst of the operation and Tom is forced to take over. And well, Guthrey is saved!

Read More: 7 TV Shows You Must Watch if You Love Grey’s Anatomy