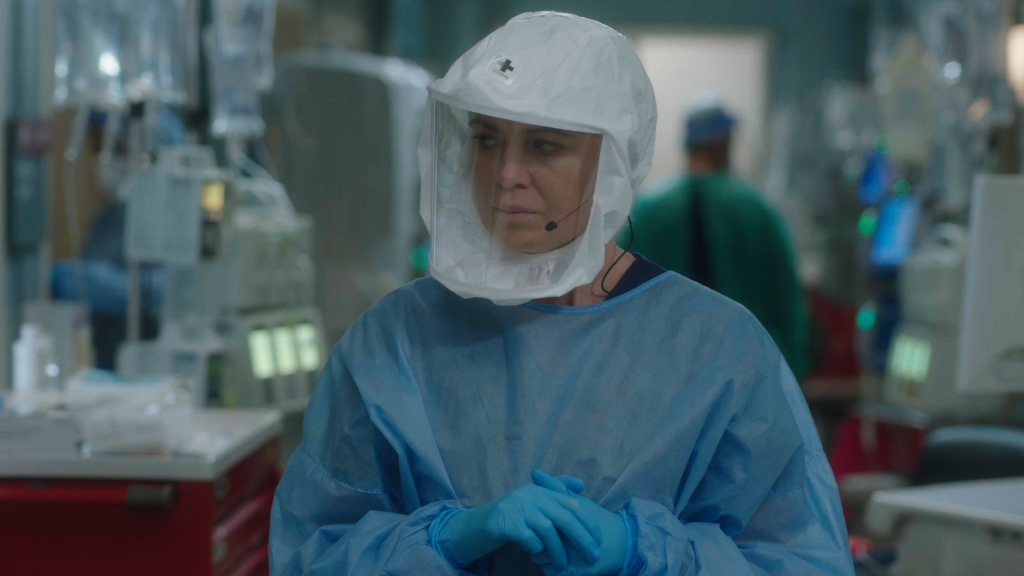 In the seventeenth season of ‘Grey’s Anatomy,’ we see Dr. Meredith Grey having a close brush with death after she contracts the Coronavirus. Soon after her fortunate recovery, she takes up the position of the Director of the Residency Program at Grey Sloan Memorial Hospital. After having suffered so much pain on the personal front, life starts to look a little brighter for Meredith, thanks to the handsome Dr. Cormac Hayes. All these developments have got fans excited for season 18 of the medical drama. So, here is all the information you need before season 18 episode 1 releases!

‘Grey’s Anatomy’ season 18 episode 1 is scheduled to release on September 30, 2021, at 9 pm ET on ABC. Each episode runs for about 43–44 minutes. Seeing how the show follows a weekly release pattern, we can expect new episodes to arrive every Thursday. In more exciting news, the upcoming episode is a crossover event that will begin with ‘Station 19’ season 5 episode 1 at 8 pm ET on ABC. So, you might want to clear up your schedule an hour earlier than usual.

To watch the premiere of ‘Grey’s Anatomy’ season 18, cable users can tune in to ABC at the date and time specified above. Additionally, you can catch the episode on ABC’s official website and the ABC app. The upcoming episode will also be available on Hulu. Those looking to live-stream the season 18 premiere can do so through Fubo TV, Hulu+Live TV, YouTube TV, DirecTV, and Xfinity.

Moreover, you can catch the previous seasons by buying single episodes or whole seasons on Vudu, iTunes, Amazon Prime Video, and Microsoft Store. Netflix users need not feel left out as the first seventeen installments are streaming on the platform, which you can watch here. However, it might be a while before season 18 lands on the streamer.

The first episode of season 18 is titled ‘Here Comes the Sun.’ The episode will be the continuation of a crossover event from the season 5 premiere of ‘Station 19.’ In the episode, we will find Seattle at its festive best as the city will celebrate life after the pandemic. Grey Sloan Memorial Hospital will gear up for action as a patient will be rushed in due to an emergency caused by illegal fireworks.

We will also see Meredith shouldering her new responsibility as the Director of the Residency Program. Moreover, she will come across someone important from her mother’s past. The person in question probably is Dr. Alan Hamilton. Meanwhile, Miranda Bailey will decide to recruit new doctors, but she may find it hard to find the right people. Take a peek at this exciting promo that will give you an idea of what is to come in the premiere episode of season 18.

Grey’s Anatomy Season 18 Episode 1 Cast: Who is in it?

The first episode of season 18 promises the return of several fan-favorites like Kate Walsh and Abigail Spencer, who essay the roles of Dr. Addison Montgomery and Dr. Megan Hunt, respectively. Despite the character’s demise, Kate Burton will reprise her role as Dr. Ellis Grey. Burton’s Ellis may appear in a flashback sequence with Peter Gallagher’s Dr. Alan Hamilton since the two characters have known each other a long time.