Gridiron Champions: Everything We Know 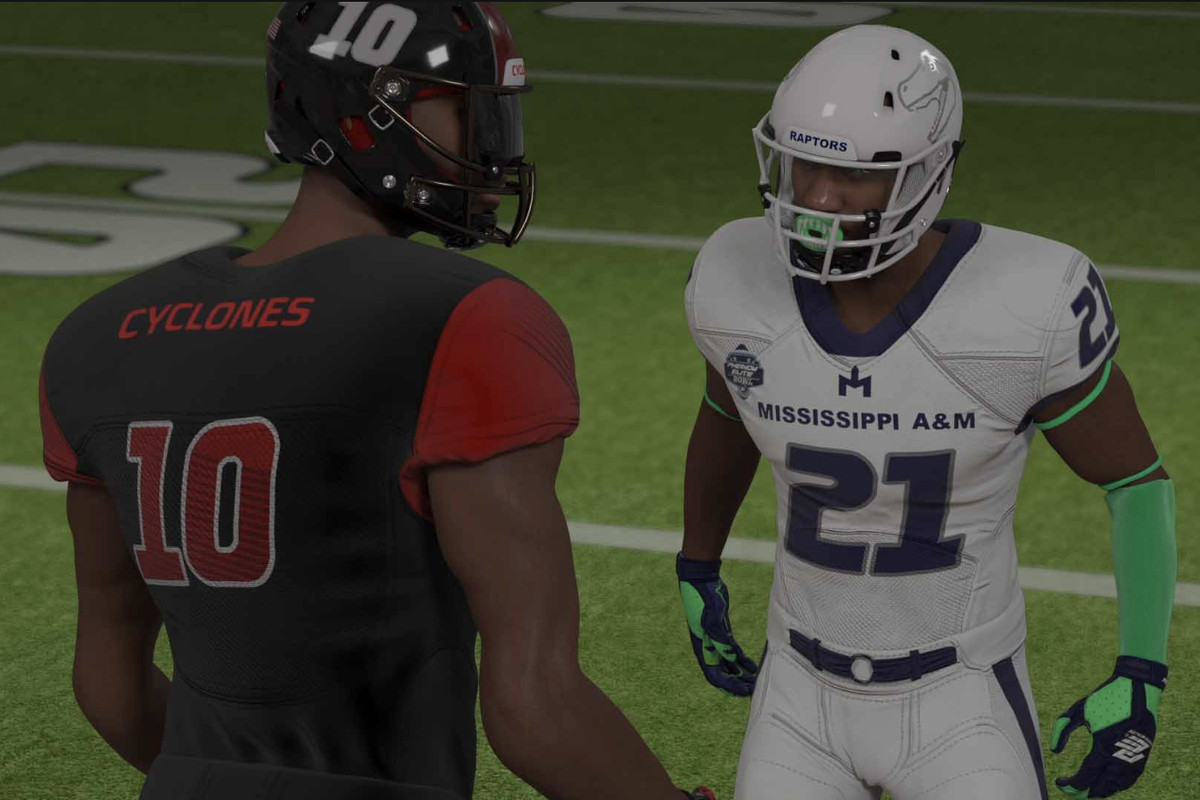 If you’re a fan of football simulation games, the only real option you have these days is the ‘Madden’ series. If you’re a fan of college football, there is currently nothing for you in the way of video games. However, this was not always the case. Debuting in 1993 with ‘Bill Walsh College Football’, the ‘NCAA Football’ series of college football games saw 21 major releases in the next two decades.

The series developed a hardcore cult following, something that endures even to this day, with the last installment in the franchise ‘NCAA Football 14’ still boasting a vibrant community dedicated to keeping the game alive with regular stats and roster updates.

Nevertheless, the game is now nearly seven years old, having been left out in the cold after a landmark court ruling in 2013 that banned series publisher EA from using real player likenesses in their games. The decision not only spelled the death of the ‘NCAA Football’ series at the time but also of practically any other college sports game.

Now, after years of listless waiting and yearning, fans are about to get a modern taste of college football gaming with the upcoming title ‘Gridiron Champions’, purported to be a truly next-generation experience albeit with a few limitations due to licensing issues. Read on to find out everything we know about ‘Gridiron Champions’.

Gridiron Champions Gameplay: What to Expect?

‘Gridiron Champions’ is clearly inspired by the great college football games of the past, particularly ‘NCAA Football 14’, albeit with a next-gen makeover. This is certainly not a bad thing, especially considering the level of popularity those games continue to enjoy even today.

The webpage for the game describes it as follows:
“Gridiron Champions™ is the future of college football video gaming. Gridiron Champions will allow players to feel the unique traditions, atmosphere, and pageantry that sets college football apart from any other sport! In regards to our rosters, we intend to use generically randomized rosters to avoid any legal ramifications dealing with current player likenesses.”

‘Gridiron Champions’ will feature four distinct game modes, starting out with the classic “Play Now” mode found in practically all modern sports games. As you might imagine, this mode puts you straight into the action in an exhibition game between two teams of your choosing. The “Legacy Mode” lets you build your own football program by recruiting and developing young players and taking them to the very top of the game.

The “Playoff Chase Mode” allows you to live out your own playoff fantasies with up to 4 teams, seeing if you can advance to the National Championship though a single-elimination format. Lastly, the “Gridiron Icon Mode” is a narrative-driven single-player campaign that puts you in the shoes of an up and coming college football star who must balance his practice drills, film-studies, and homework while making difficult decisions that will impact your future career as a football star.

However, one obvious deficiency in ‘Gridiron Champions’ is the lack of official licensing, which means that all the team names, player names and player likenesses will be rough facsimiles of real players and teams. Nevertheless, the game does allow for full customization of its 126+ teams and vast player roster.

In all likelihood, you can expect user-made patches that update the game’s team and player roster to imitate the real thing. Developer iMackulate Vision Gaming has revealed that they have been working to obtain the licensing rights for authentic naming and likeness, but such a feature is much more likely to arrive in a later sequel to ‘Gridiron Champions’.

Gridiron Champions Developers: Who Are the People Behind the Game?

‘Gridiron Champions’ is being developed by Atlanta based American indie video game development studio iMackulate Vision Gaming. The studio was founded by cousins and longtime college football fans Alex Lewis and Kameron Lewis, who currently serve as the Chief Executive Officer and Chief Gaming Officer respectively at iMackulate Vision Gaming. ‘Gridiron Champions’ is set to be the studio’s debut title.

The studio initially attempted to crowdfund the game via Kickstarter in 2016, but only managed to raise a little over $10,000 out of a funding goal of $850,000. Alex Lewis later revealed that the studio was set to receive over $10 million in developmental and operational costs for ‘Gridiron Champions’ from an investor.

Gridiron Champions Release Date: When and Where Can I Play It?

Although there is no specified release date for ‘Gridiron Champions’ at this point in time, the game is widely expected to be released sometime in 2020.

‘Gridiron Champions’ will be available to play on a variety of platforms including PC (Microsoft Windows), PlayStation 4 and Xbox One.

You can watch the trailer for ‘Gridiron Champions’ right here.